What changes to make in your season-long fantasy team for the double-header. 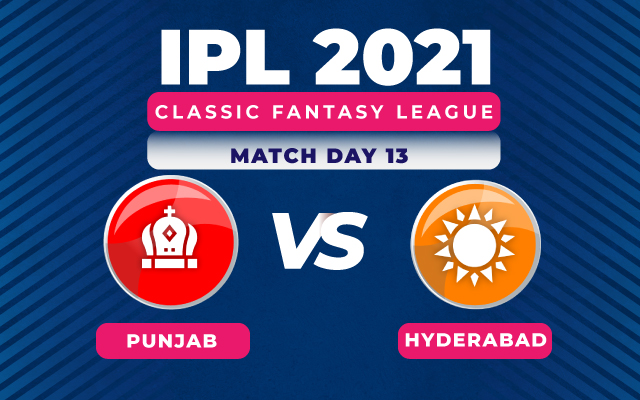 The second double-header in the IPL season 2021 begins on 21st Apr. The first match is between Punjab Kings (PBKS) vs Sunrisers Hyderabad (SRH) at 3:30 PM IST in Chennai. The second match of the day starts at 7:30 pm between Kolkata Knight Riders (KKR) vs Chennai Super Kings (CSK) in Mumbai.  This is a two-part article covering the Season Long Fantasy League team setup for both the matches, Match 14 and 15.

Both these teams are currently placed at the bottom of the points table. While SRH has lost all their three matches, PBKS has lost two and escaped one defeat by a narrow margin. This is a change of venue for Punjab. So far they have played on batting friendly Mumbai decks and now they will have to adapt to slower Chennai tracks. SRH are likely to make more changes again, while Punjab are likely to make slight changes in their bowling to suit Chennai tracks.

Number of Transfers: One (+ One Uncapped)

Rishabh Pant (DC), Shikhar Dhawan (DC): As discussed in the previous article, we want to transfer out DC players as they are taking a long break before their next match.

David Warner: David Warner is the most consistent run-getter. He might want to stay longer at the crease to stop exposing their vulnerable middle order.

Ravi Bishnoi/Murugan Ashwin/Deepak Hooda (PBKS): Punjab are likely to rest one of their pace bowlers (Riley Meredith) and add spin bowling option to their attack. Murugan Ashwin, though he was ineffective in the previous matches, still might make to the final XI due to familiarity with Chennai pitch. Ravi Bishnoi was very impressive last season and it will be interesting to see if he makes it to final XI.

Our Fantasy Team for Match 14

We will choose our captain between David Warner and KL Rahul based on which team bats first.

Other Players: Rashid Khan and Jonny Bairstow are other good fantasy options to consider if you want to accommodate more SRH players into the team. 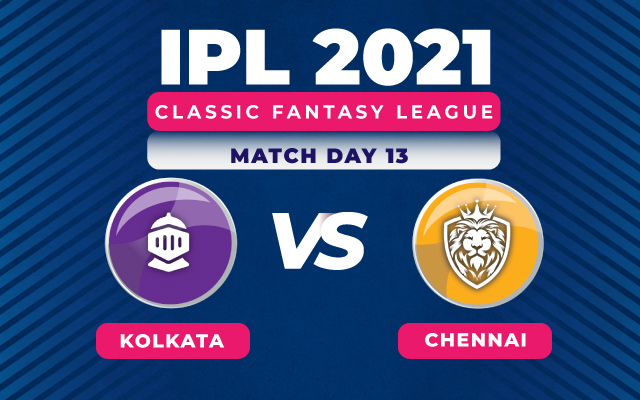 KKR struggled big time with their batting unit so far in the season. The change of venue (Chennai To Mumbai) should bring life back to their batting unit. In the last match, Brendon McCullum hinted that Sunil Narine is likely to make an entry in this match. So, we will have to watch out what changes will it bring in the batting order.

David Warner (SRH), Avesh Khan (DC): SRH and DC and play their next match after a long gap of six matches. So these players should be transferred out from our season fantasy team.

Shubman Gill (KKR): Shubman Gill was playing so well in the last match. But he got out to a stunning catch. A good knock is due from him and Mumbai could be the perfect venue to launch his best game.

Andre Russell (KKR): Even though he is struggling with his batting form, he is bowling well in death overs. So we are transferring him to our fantasy team considering his all round potential.

Nitish Rana (KKR): Nitish Rana has been the only in-form KKR batsman so far this season. He is definitely the best uncapped pick for this match. Varun Chakravarthy is the other good uncapped pick. Since KKR is playing in Mumbai, not Chennai, it’s better to get the in-form batsman over the mystery spinner.

Our Fantasy team for Match 15: