Shane Getkate is in great form for Ireland.

The third of the three-match series between Ireland Wolves and Netherlands A will be played at the Oak Hill Cricket Club in Wicklow, Ireland on 13th May.

The match will start at 3:15 PM IST and it will be streamed live on Fan Code.

The third and final game between Ireland Wolves and Netherlands A will be played on Friday at the same venue where the first two matches took place. The hosts had a tough outing in the previous game as they were skittled for 94 runs and the Netherlands chased down the total comfortably.

The series is locked at 1-1 at the moment with Ireland also winning the opening game of the tournament by 94 runs. This will be an interesting game with the series at stake for both the teams.

Captaincy Picks for IRE vs NET

Shane Getkate carried his form with the bat in the second game as well. Backing up his 74 in the first match, he scored 32 runs off 53 balls taking his overall tally to 106 runs. But surprisingly, he didn’t bowl despite picking two wickets in the series opener.

Bas de Leede is a good bowler. He took two wickets initially in the first game but ended up with the figures of 2/67. He also bats in the top six but is yet to open his account having bagged ducks in both games. Having said that, he is an experienced all-rounder and this could be the match where he might play his best cricket. 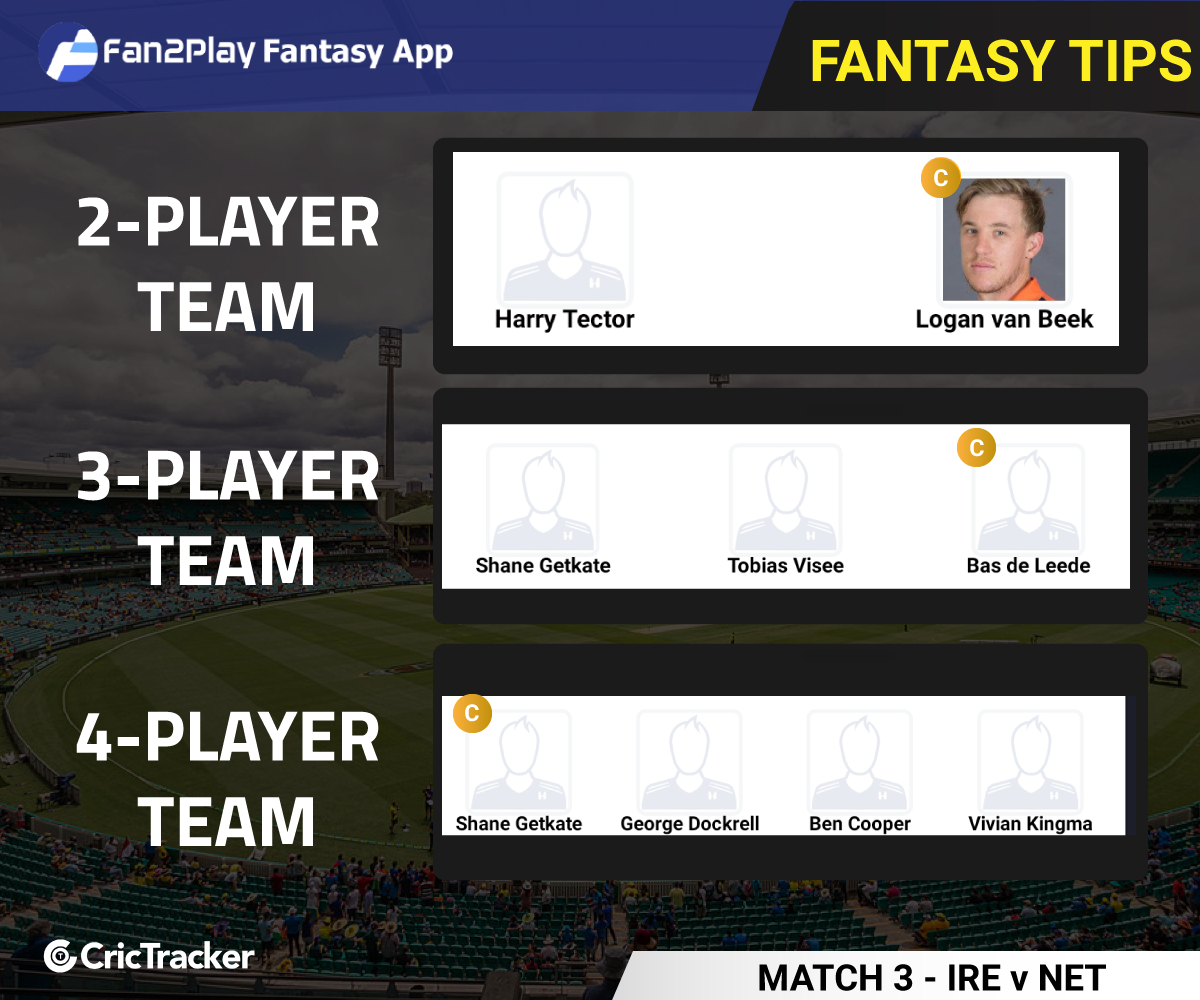 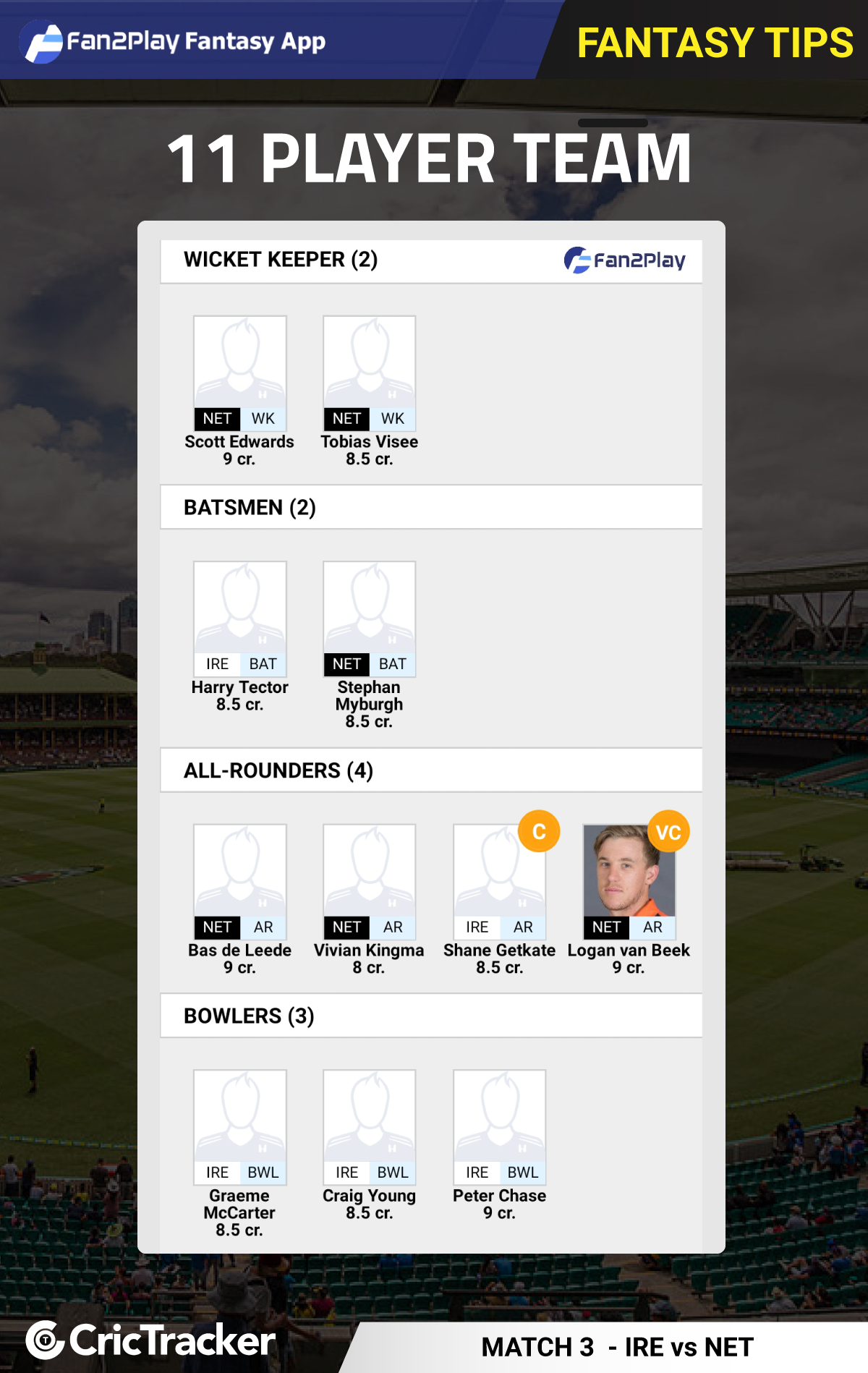