Ireland are in dire need of a specialist batter in the middle order. 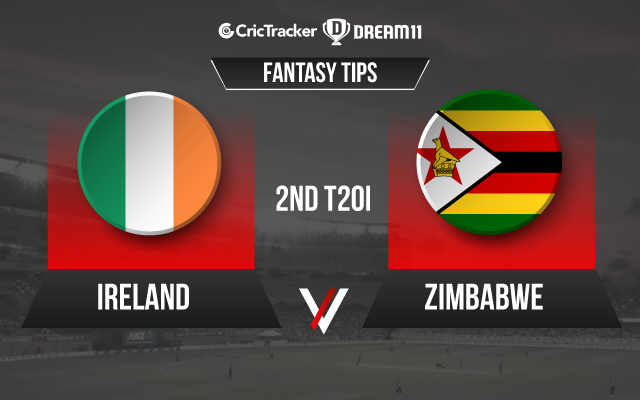 Ireland will take on Zimbabwe in the 2nd of the 5-match T20I series on Sunday. Ireland batsmen can only blame themselves for playing lose shots that were completely unnecessary in the context of the match in the 1st T20I. Chasing 117 runs, they messed up in the run chase and lost the match by 3 runs.

On the other hand, Zimbabwe bowlers turned the match in their favour within a short span of time in the 1st T20I. Richard Ngarava defended 6 runs in the final over and game away only 2 runs, which earned a 1-0 lead for Zimbabwe in the series.

The wicket is slightly on the slower side. The batters need to possess a huge amount of skills to clear the fence. Spinners are like gold dust on this wicket and it is always hard to go against them.

Pressure will be put on Afghanistan to support women's cricket: Ramiz Raja

Paul Stirling knows how to play the new ball. He was well set for a big score in the 1st T20I, but got out for 24 overs after getting a decent start.

Craig Ervine started well in the 1st T20I. He was looking fairly comfortable until he played a false shot and got dismissed for 17 runs from 12 deliveries. His six over fine leg is a shot he will remember for a long time.

Simi Singh turned the match in favour of Ireland in the 1st T20I. When other batsmen fumbled in the run-chase, he gave some sort of hope for the hosts. Initially, he picked up 2 big wickets. and later on, scored 28* runs from 22 deliveries.

Ryan Burl’s contributions with both bat and ball in the 1st T20I played a major part in the win for the visitors. He scored crucial 12 runs with the bat, and later on, picked up 3 wickets at an economy rate of 5.5.

Craig Young got two early breakthroughs by dismissing the Zimbabwean openers. He was the most economical Irish bowler, conceding just 15 runs in his 4 overs.

Richard Ngarava deserves all the credit he is getting for his stunning effort to defend 6 runs in the final over of the match in the 1st T20I. He conceded only 17 runs in his full quota of 4 overs.

Regis Chakabva looked more convincing than any other batter in the 1st T20I. He accumulated 47 runs from 28 deliveries. Chakabva averages 38 in the last 4 T20Is.

IRE vs ZIM Must Picks for Dream11 Fantasy Cricket:

Andrew Balbirnie has scored 61 runs in the last 4 T20Is. Considering his recent average performances he is a risky captaincy pick for your fantasy teams.

Dion Myers is a good timer of the ball. He averages 23.5 in his 4 T20Is. You can take a risk and pick him as your fantasy team skipper.

Curtis Campher has played only T20I so far. He needs more time to get settled, and hence, it’s better to avoid him while making your fantasy teams.