Ireland Women are set to lock horns with Australia Women in the 2nd match of the Tri-Nation Women’s T20 Cup 2022, at the Bready Cricket Cup in Bready. Ireland Women are having a fresh start of the series in this match whereas Australia Women are heading into this match with a winless situation as their previous match against Pakistan Women was abandoned. Now, both teams will look to start their tournaments on a winning note as both are technically starting their campaigns in this match. This promises to be an exciting match as both teams have some capable players in their squad and both teams will be vying for victory.

The pitch at Bready Cricket Club is well balanced but bowlers have dominated this surface lately. The average score on this pitch is around 140 runs but we can expect a high-scoring total if Australia bat first on Saturday. 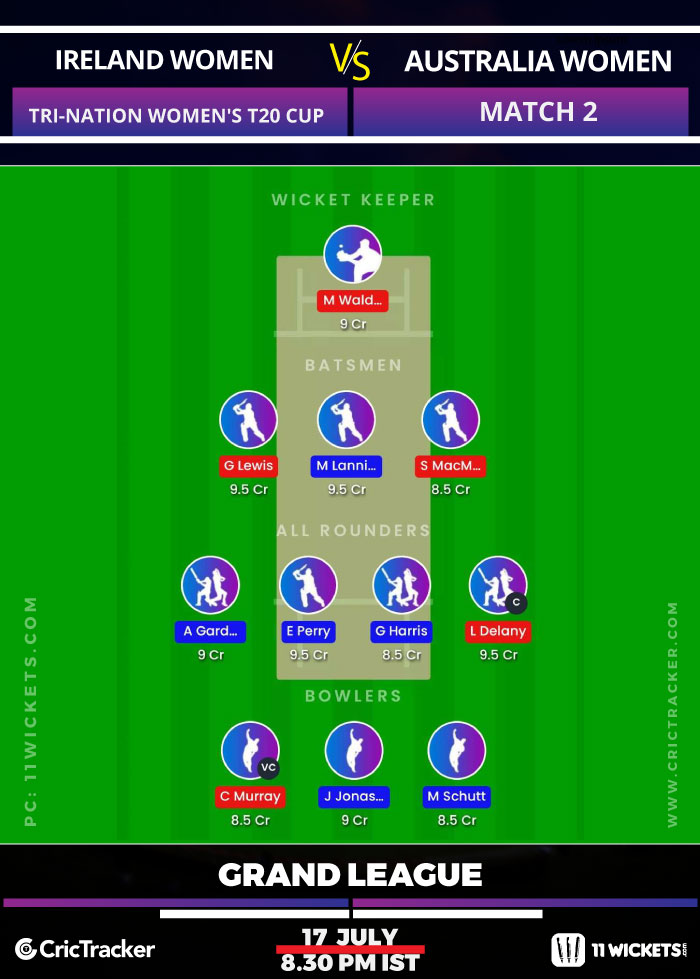