Munster Reds are expected to win this fixture.

Munster Reds and Northern Knights are all set to lock horns against each other in Match 8 of the Ireland Inter-Provincial ODD. Munster Reds are placed on the top of the points tally, with two wins from their three games. On the other hand, Northern Knights are placed third with 3 points to their name. They have won one, lost one game, whereas, the other game has ended in a no-result. Munster Reds lost their last fixture to North West Warriors by a huge margin of 145 runs. Each team is scheduled to play six matches in the league stage, with the top two teams qualifying for the final.

The pitch is expected to be good for batting conditions. The ball comes onto the bat pretty nicely on Irish wickets, and we expect a first innings score of around 250-300 runs.

Curtis Campher has scored 41 runs in three matches so far and has four wickets to his name in this tournament.

Mike Frost has 8 scalps to his name in the last three games. He also picked up a five-wicket haul in the last fixture against NWW.

Ruhan Pretorius has six wickets to his name in three games so far, which includes two three-wicket hauls.

Paul Stirling will open the bat for his side and has the reputation of being a fierce striker. After a couple of low scores, he is due a big knock in the next fixture.

Must Picks for MUR vs NK Dream11 Fantasy Cricket: 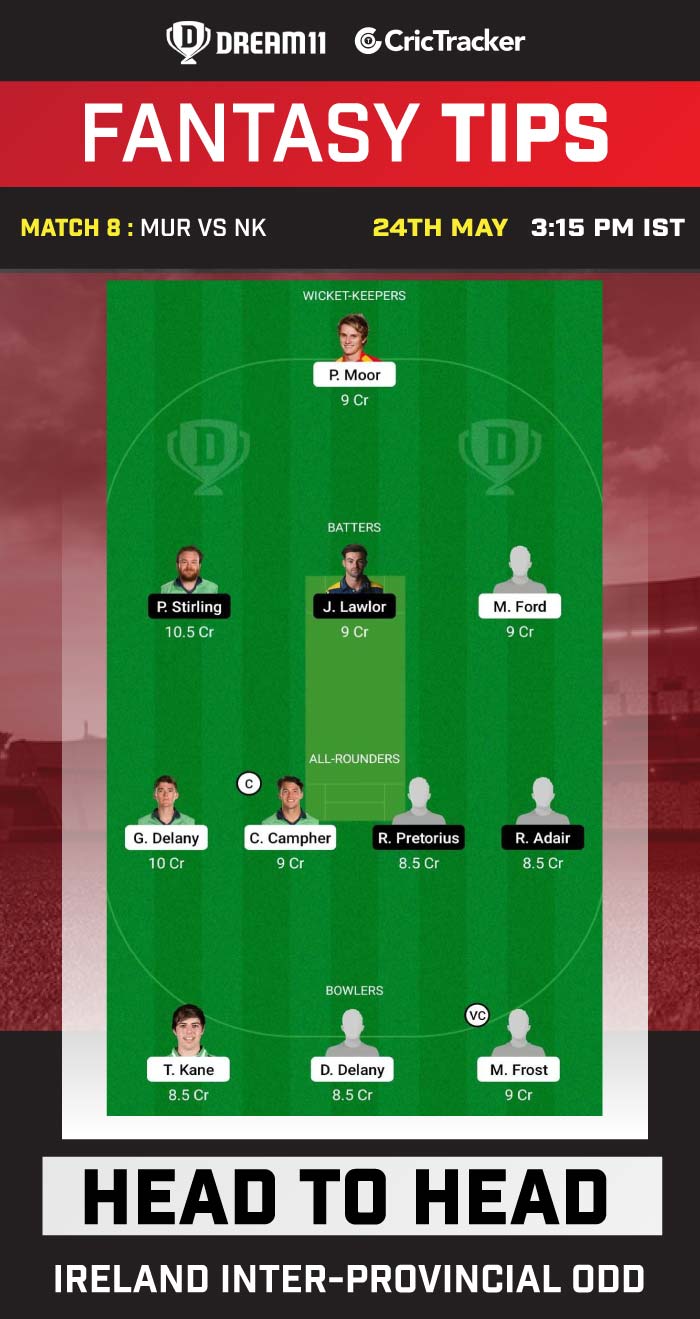 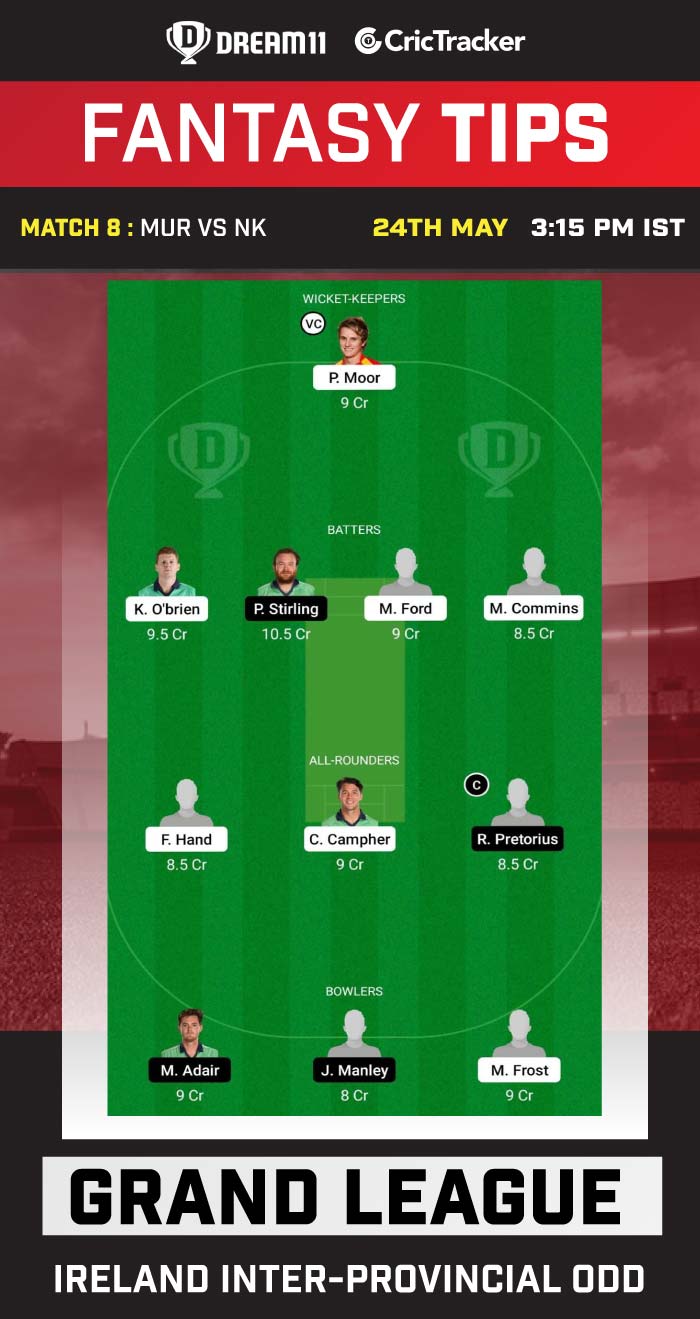 Munster Reds are expected to win this encounter.