North West Warriors will take on Munster Reds in the 16th game of Ireland Inter-Provincial T20 on Saturday. North West Warriors have won 4 out of the 6 matches that they played. They are sitting on the top of the league table with 20 points in their bag.

Munster Reds, on the contrary, are struggling in this tournament. They lost their last game against Northern Knight, where they were asked to chase a mammoth total of 221 runs, but could only manage to score 198 runs. Currently, they are placed at the bottom of the points table and will look to end the day very positively by winning this game.

The surface looks to be batting-friendly where batsmen enjoying to play big strokes all around the park. Bowlers have to bowl at their best to contain runs on this venue.

William McClintok is the highest run-scorer for North West Warriors in the first half of the league. He has featured in six games and has scored 161 runs at an average of well above 40.

Craig Young is one of those players to watch out from the Warriors side. He has picked up 11 wickets in this competition.

The leading run-getter of the tournament, Peter Moor will be the must pick player. He mustered 205 runs from just six games at an average of 41.

Josh Manley is expected to lead the bowling alley for Munster Reds in the upcoming game. He picked up 8 wickets from his six outings. 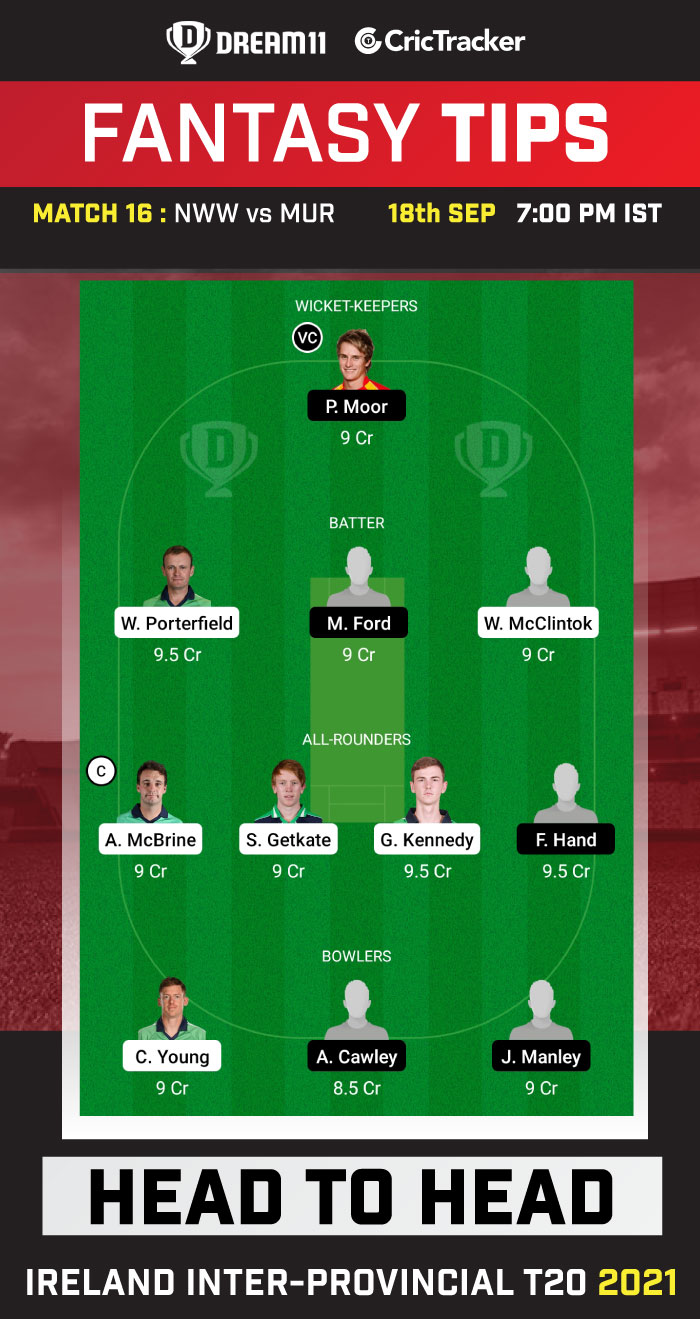 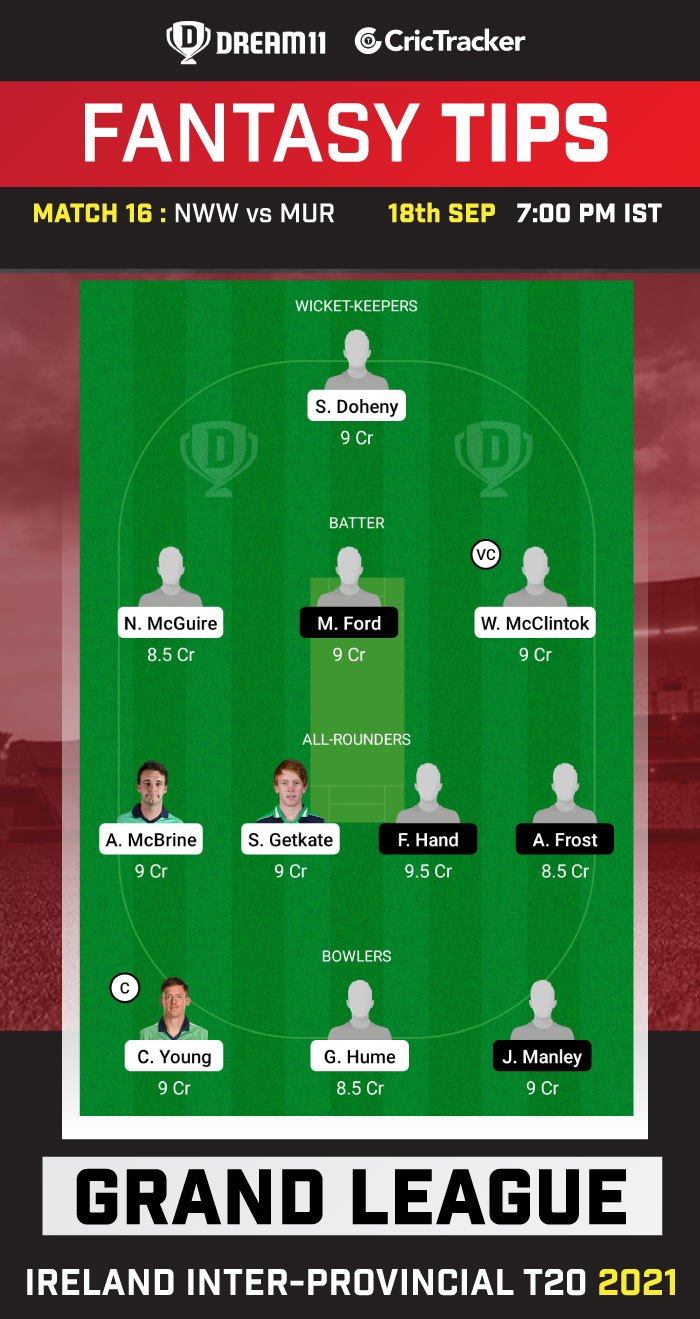