Simi Singh will be the top pick for this game.

Northern Knights (NK) and Leinster Lightning (LLG) will clash in Match 6 of Ireland Inter-Provincial T20 2022. Both the teams have no wins in two appearances and will look to get off the mark in this fixture. In their last outing. NK could score only 108 and could not defend the score. Players like Josh Manley and Ruhan Pretorius will be crucial for the team.

On the other hand, LLG was impressive with their batting performance to post 188, but the bowlers were average to concede that many runs to the opposition as well. The international players, Simi Singh and Tim Tector will be on the lookout to be the key contributor to the team.

Overall, the pitch will be good for batters, and the bowlers will have to try their hearts out to take wickets on a flat surface. A score of 180 and an accurate bowling display by the teams can guarantee them a win at this venue.

Also read: Hardik Pandya has a poise that is typical of winners: GT Director

Josh Manley has scalped a total of five wickets in 2 matches at an economy of 6, and an average of 7.80.

The top-order batter Ruhan Pretorius has 52 runs in two appearances of the tournament. Apart from the bat, he can be handy with the ball as well.

The experienced Simi Singh has amassed 65 runs in two games at a strike rate of 185.71 and picked up two wickets as well.

NK vs LLG Must Picks for Dream11 Fantasy Cricket: 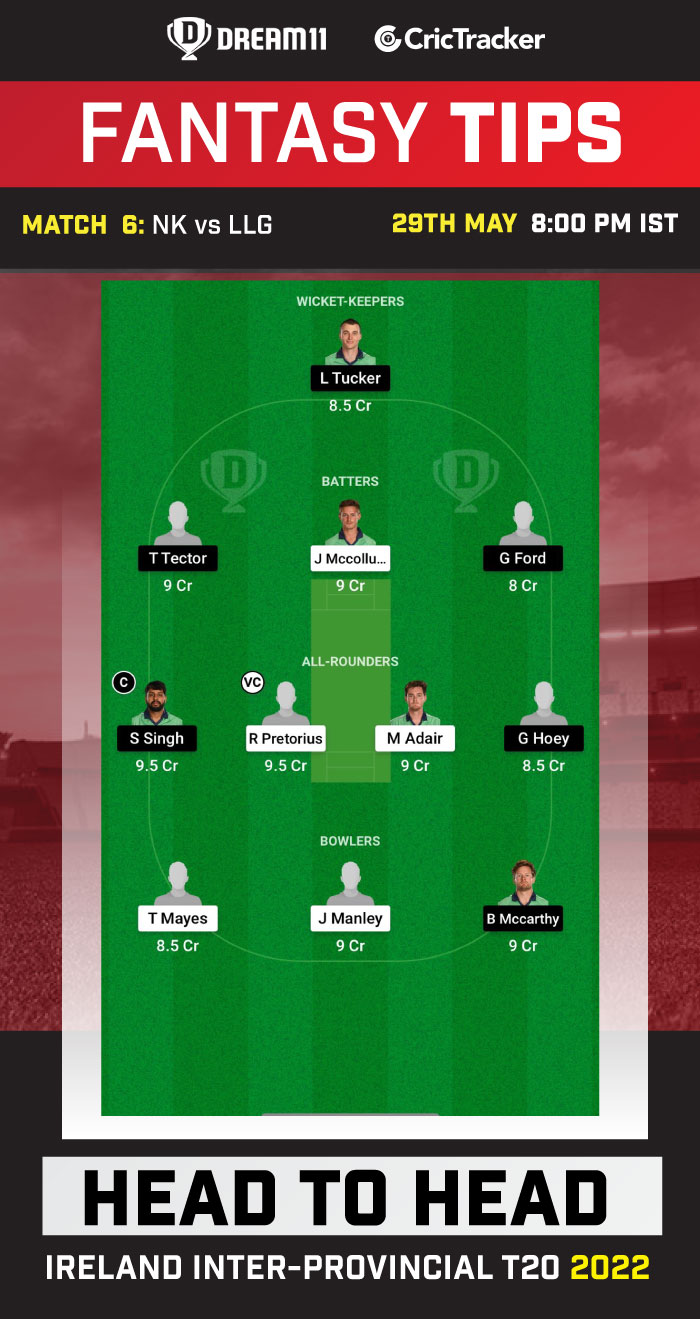 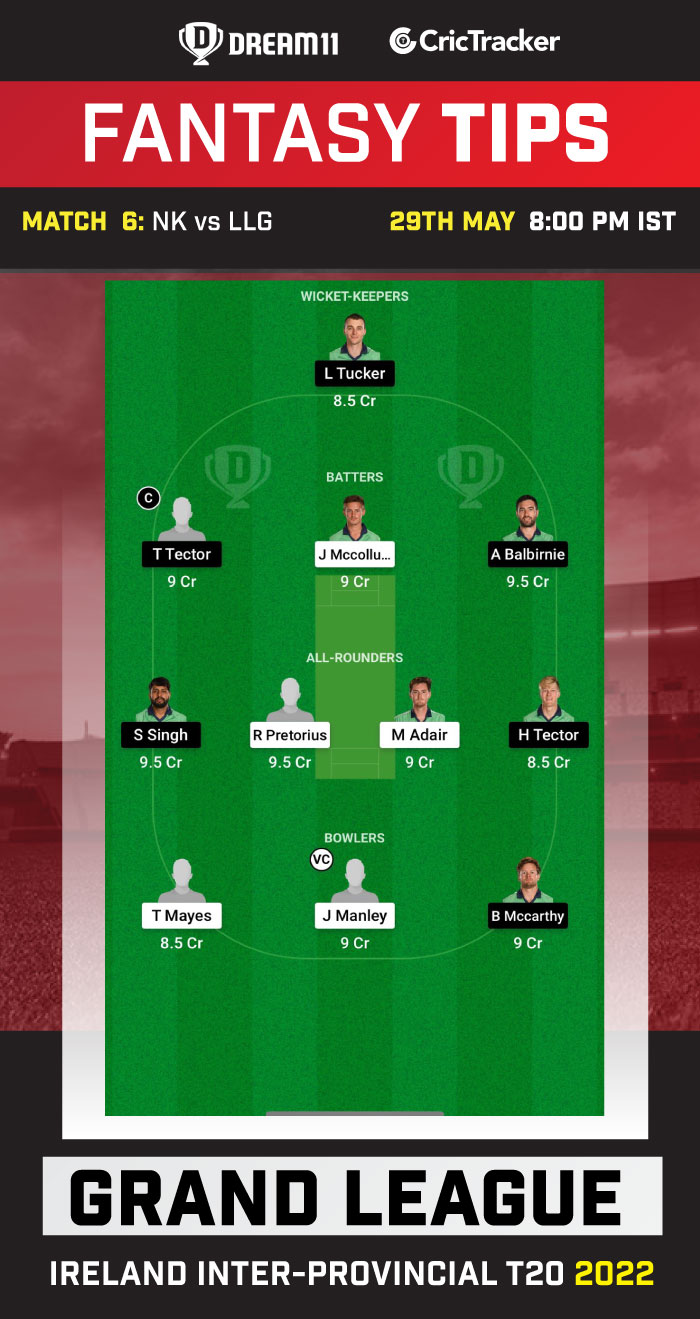 NK is expected to secure a victory in this fixture.