Andy McBrine scored 255 runs and also took 21 wickets across the 18 T20 matches he played in Ireland.

The 1st match of the Ireland Inter-Provincial Twenty20 Series, 2020 will be played between North West Warriors and Northern Knights at the Magheramason in Bready.

This game can be streamed live on Cricket Ireland YouTube channel.

The 1st match of the Ireland Inter-Provincial Twenty20 Series, 2020 will be played between North West Warriors and Northern Knights at the Magheramason in Bready. Andy McBrine will be leading the Warriors while the Knights play under Gary Wilson’s captaincy. The four-team tournament consisting of as many as 12 matches will be played until September 8th. However, the weather forecast doesn’t look ideal for the opening day of this T20 competition.

Light rains are expected at the Magheramason on Thursday afternoon which could likely become thunderstorms by the evening.

Magheramason has often suffered due to weather conditions as only one T20 match in 2019 ended without any interruptions. Zimbabwe chased down the target of 172 with 20 balls to spare losing only two wickets. The boundaries at this venue are quite small which could result in a run feast.

Paul Stirling scored an unbeaten 83 off 36 balls in Bready during the last year’s T20I against Zimbabwe.

Andy McBrine scored 255 runs and also took 21 wickets across the 18 T20 matches he played in Ireland.

Mark Adair has claimed as many as 20 wickets in 17 T20s he played in Ireland alongside scoring over 200 runs.

Graham Hume, the former U19 player of South Africa, has a pretty good record when it comes to taking wickets in the shorter format. 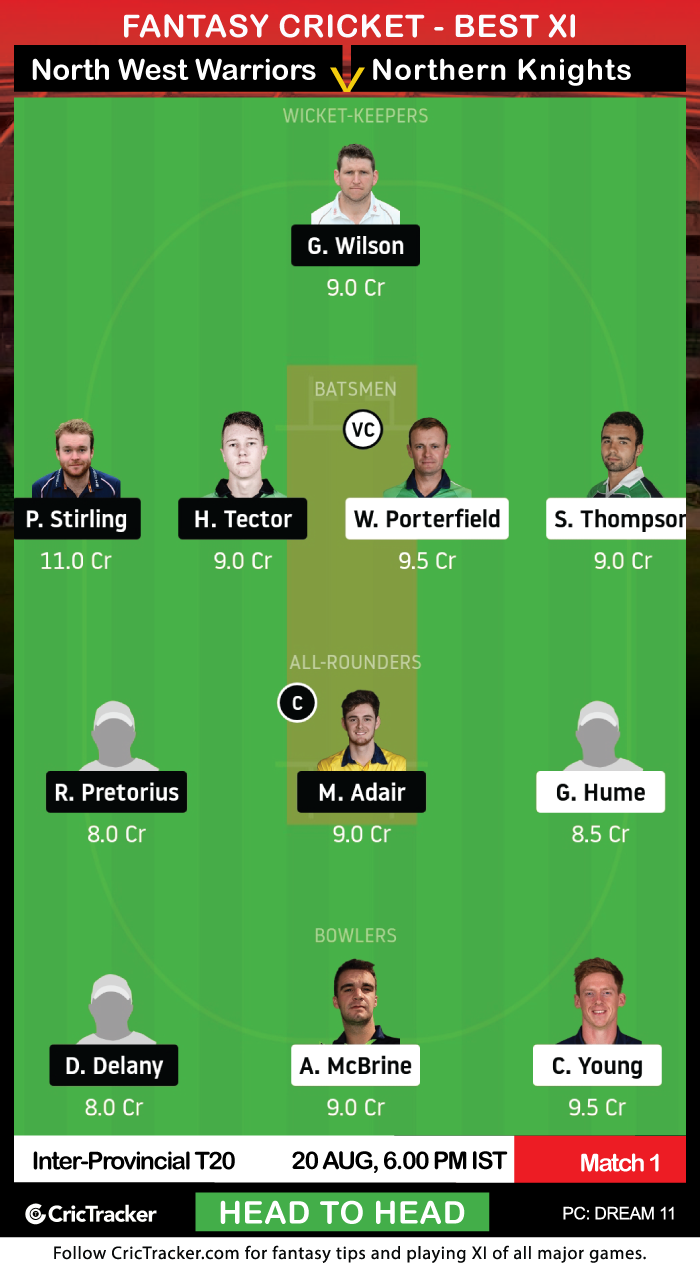 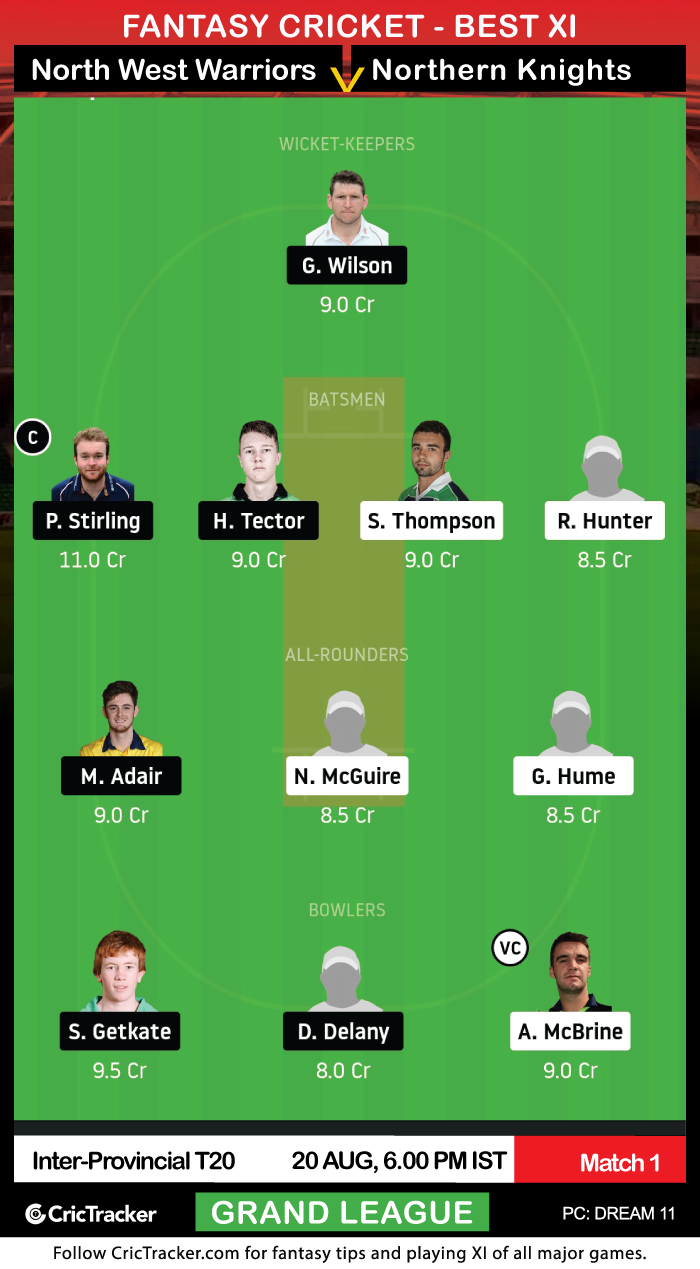 Paul Stirling and Mark Adair are the most preferred options for captain and vice-captain roles for this match. Stirling hasn’t been bowling regularly while the batting position of Adair doesn’t have scope for big runs. Hence, not picking any of the two players as captain or vice-captain might not backfire.

Northern Knights are expected to edge over North West Warriors in the first game of the Provisional T20.