The 10th match of Cricket Ireland Inter-Provincial Twenty20 Trophy is all set to play between Leinster Lightning and Northern Knights at Pembroke Cricket Club, Dublin.

This match is scheduled to start at 15:00 Local Time (19:30 IST) and will be streamed live on Cricket Ireland YouTube Channel.

While the Lightning have 16 points, the Northern Knights have 13 points to their tally. Both these team are differentiated by only one win. The Knights suffered an extra washout as compared to the Lightning. Hence, this match should be a highly competitive one.

The weather for this match will be partly cloudy during the course of the game with the temperatures hovering around 16-19 Degrees range.

The pitch at Dublin looks good for batting first on the basis of matches in the past. Pitch slows down after the first innings and thereafter it gets difficult for the chasing teams.

Lorcan Tucker, the 23-year-old Irish wicket-keeper batsman played well in the last match for his team with the score of 28 at a strike rate of 120.

James McCollum, the Irish opening batsman, played a match-winning knock of 79 (53) in the last match.

Graeme McCarter is the third-highest wicket-taker in the tournament with 4 wickets at an economy rate of 3.75. 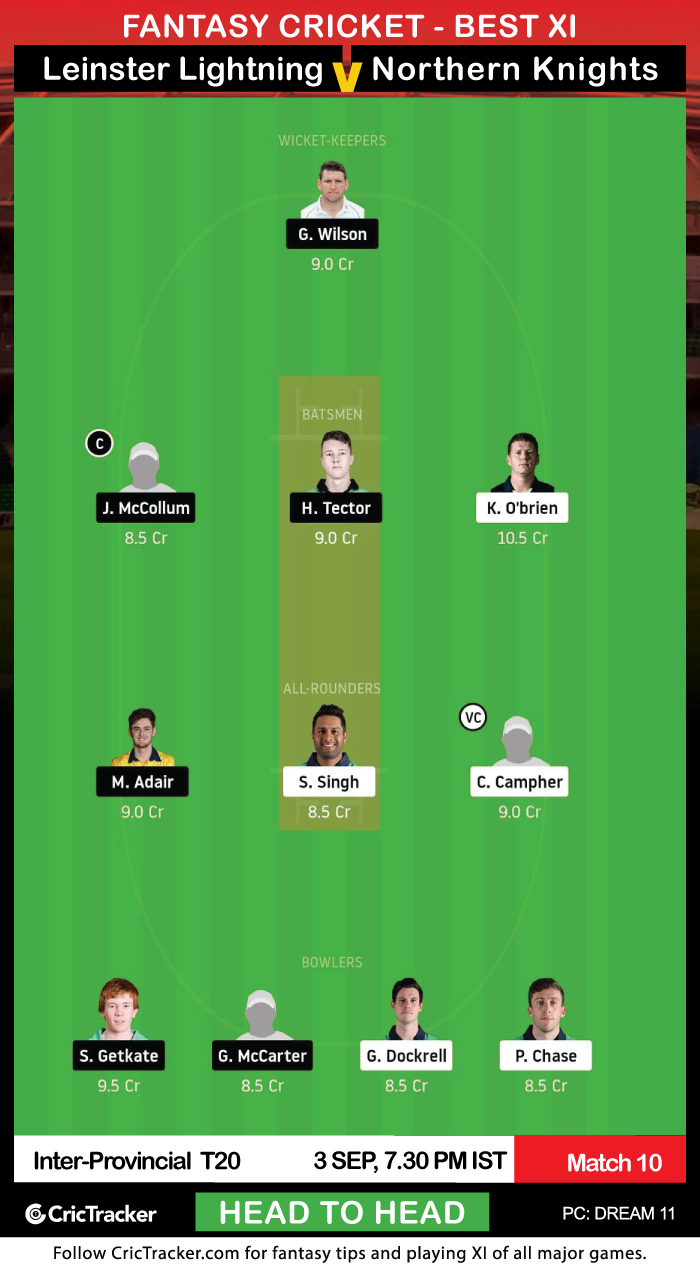 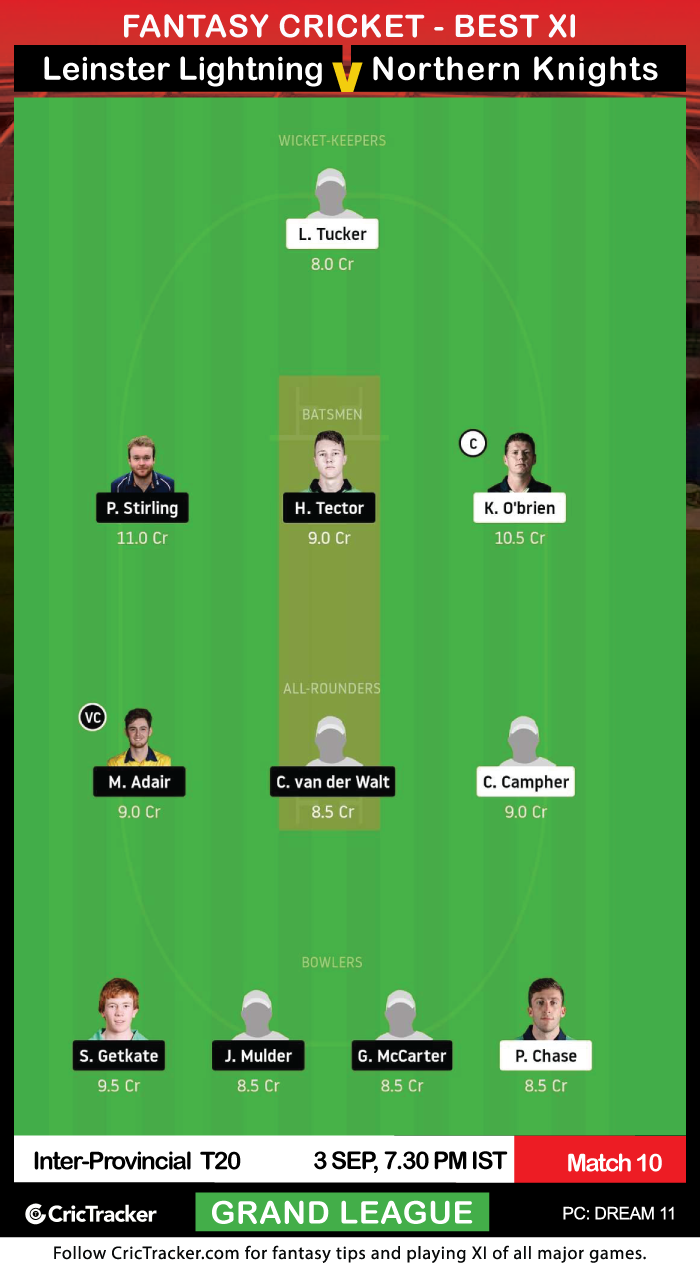 Paul Stirling didn’t feature in the last game. He is likely to play this match and hence is picked in one of the teams.

Some of the important players didn’t feature in the eleven for the Lightning in the last match. These include the likes of Gareth Delany and Andrew Balbirnie. Watch out for the Playing XIs and you must have them in your team if they play.