The 4th match of the Ireland Inter-Provincial Twenty20 Series is all set to be played between the North West Warriors and the Leinster Lightning at the Pembroke Cricket Club.

After winning their opening games in the tournament, the two in-form teams, the North West Warriors and the Leinster Lightning will be facing off against each other in the 4th match of the tournament on Thursday. The North West Warriors in their first match, were defeated the Northern Knights by a slim margin of 2 runs, with the Duck-Worth Lewis method deciding the result of the match. In their first match against the Munster Reds, the Leinster Lightning chased down the total they had on hand with 9 wickets still in their hand.

Both the teams have an equal amount of experience on their hands, having played one match each at the start of the tournament, so things are evened out a fair bit between the two teams. And, it will be really interesting to see which team win the match and climbs upwards in the points table.

Thursday is expected to bring along heavy rainfall and winds blowing at speeds as high as 14 kmph, with the temperature around 14 degree Celsius. The match is expected to get hindered due to rainfall.

A batting-friendly pitch, with pacers getting a lot of help among the bowlers, will be greeting the players when they step on to the field at the Pembroke Cricket Club.

Gareth Delany in the one match he has played has displayed his capabilities in their truest sense. He scored 25 runs off 19 balls and also took three wickets in the 4 overs he bowled.

Graham Hume also made an all-round contribution in his team’s win in their first match. He took 2 wickets in 3 overs and also scored 47 runs off just 40 balls and remained not out at the end of the inning.

Kevin O’Brien showed brilliance with the bat, when he scored 45 runs off 27 deliveries, hitting 6 fours and 3 sixes in the process, and helped his team get past the finish line with ease in their first match.

William Porterfield scored 42 runs off 35 deliveries, helping his team put up a fighting total in their first match, also showing at the same time, what level of damage he is capable of doing with the bat in hand. 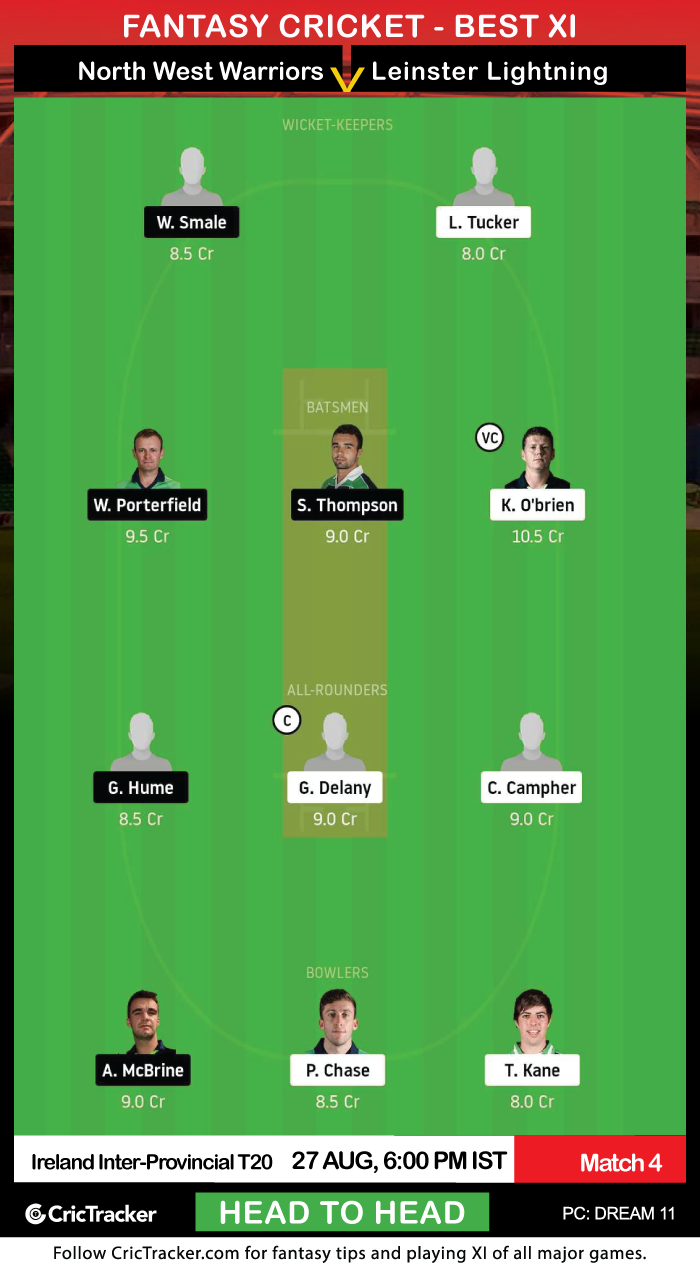 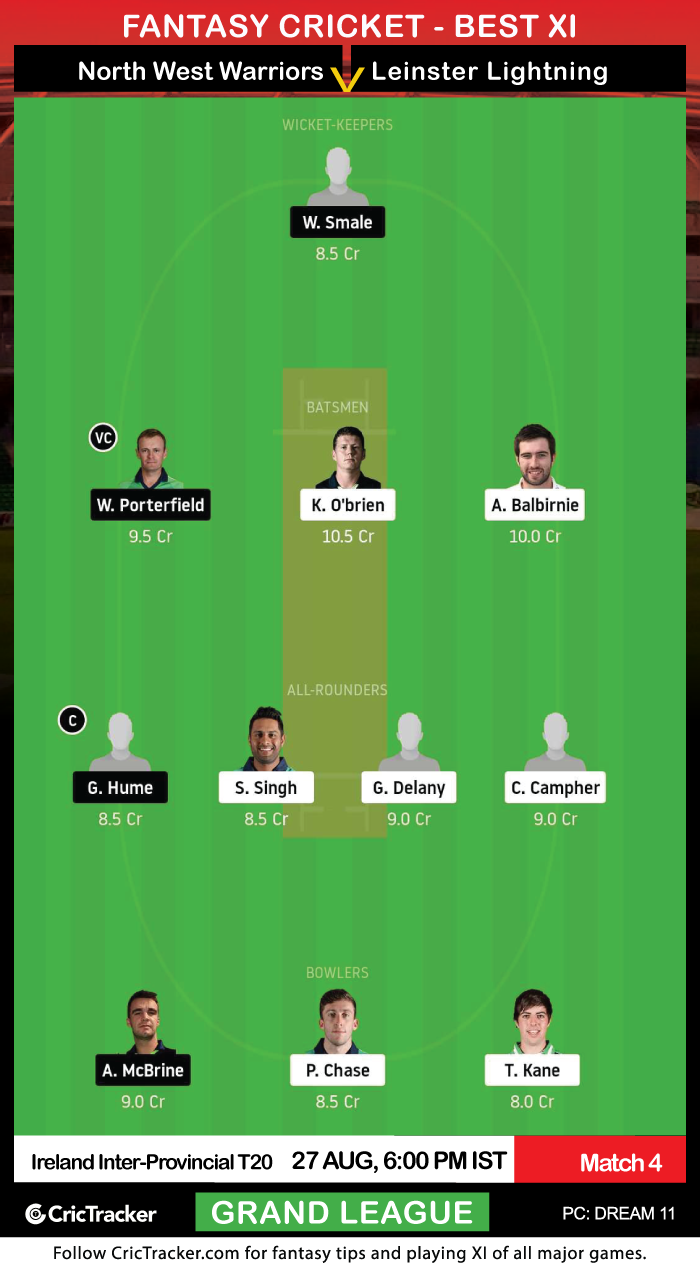 Tyrone Kane did well in the match he played and looked to be in good touch but is picked in only 34.51 per cent of the teams at the time of writing. He is a must pick player and should be picked in your fantasy team.