The 8th match of the Ireland Inter-Provincial Twenty20 Series, 2020 will be played between Munster Reds and North West Warriors at The Inch in Dublin.

The bottom two teams on the points table, Munster Reds and North West Warriors, will be playing against each other in the first game on Thursday. Both these sides didn’t win a game so far and will want to open their account in this match. Munster Reds have lost two of the three games till now and have two points to their tally as a result of a washout.

They are coming off a loss against Leinster Lightning and are currently at the third place on the table with an NRR of -4.111. On the other hand, North West Warriors lost all of their three matches and are at the bottom with an NRR of -2.013. Both the teams have struggled to gain any kind of momentum in the tournament. It would be interesting to see which will be the first of these two teams to get off the mark.

The weather is suitable for a cricket match. The skies will be mostly cloudy with a wind speed of 27 km/h during the match time. The temperature would be around 14°C.

Not a lot of games have been played at this venue in recent times. A few U17 and U13 games were played here in 2016 and 2017. The pitch has got a lot of help for the bowlers and batting will be tough at this venue.

Jonathan Garth was the top-scorer for his side with 22 runs and was striking the ball at the rate of 129.41 in his last match. He has been economical with the ball as well. He conceded 6 runs per over and picked up 1 wicket.

Aaron Cawley removed dangerous Kevin O’ Brien with the new ball in the last game and was the most economical for his team. He has 3 wickets in 4 T20 matches in his career.

William Porterfield is the second-highest run-scorer in the tournament with 118 runs at a strike rate of 143.90. 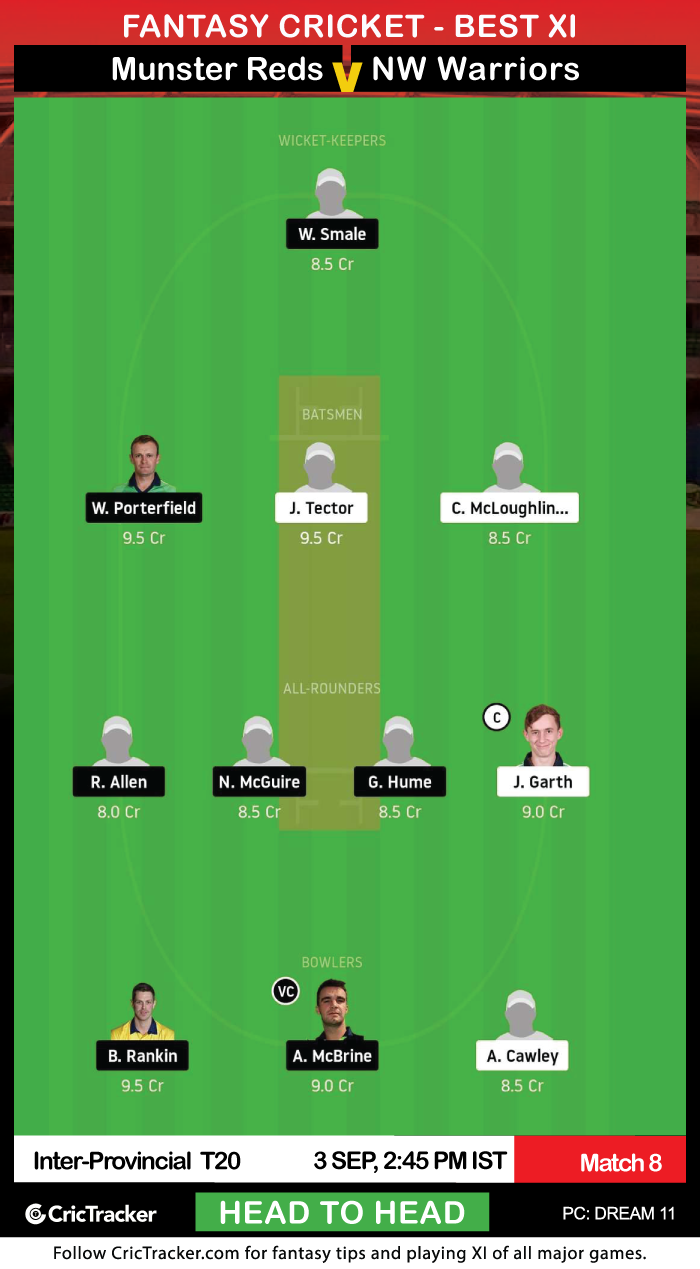 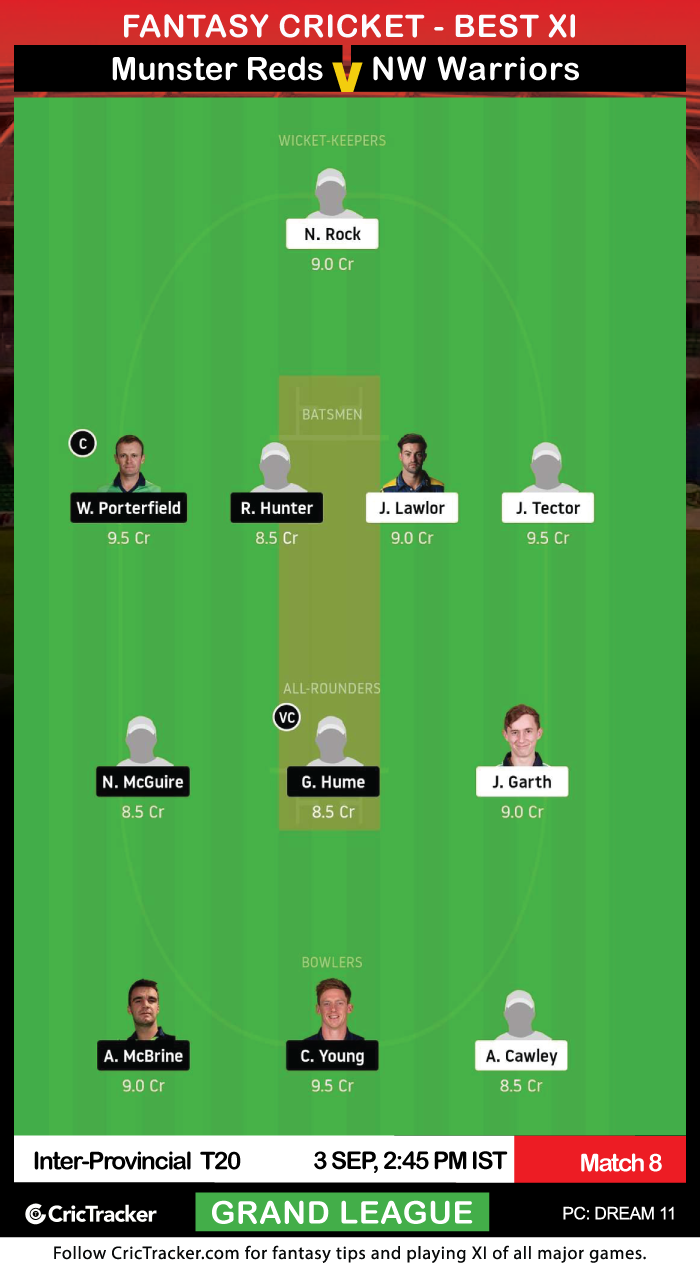 Diarmuid Carey went for a lot of runs in the last game and there is a chance that he could be replaced.

North West Warriors are expected to win this match because of inform openers and all-rounders.