In the 3rd match on 9th May, fantasy cricket fans will witness a clash between Ireland and Bangladesh at The Village in Dublin at 3:15 PM IST.

Ireland is hosting Tri-Nation ODI series where Windies and Bangladesh are warming up before they participate in the World Cup 2019 from 30th May. Ireland and Windies have played the first match and Windies played against Bangladesh in the 2nd match. In the 3rd match on 9th May, fantasy cricket fans will witness a clash between Ireland and Bangladesh at The Village in Dublin at 3:15 PM IST. Take a look at the statistics which can help you to pick your fantasy XI.

The Village is also known as Malahide Cricket Club Ground. The small stands leave the ground open to the elements with strong winds. This is trouble for bowlers. Other than the winds swing and seam bowlers can expect a fair amount of assistance at this ground. The batsmen have to stay content with a fair amount of sideways drive and the threat of a sticky wicket is never too far away in the damp climes of Ireland.

The Irish team is playing with their full-strength squad including William Porterfield, Paul Stirling, George Dockrell and Kevin O’Brien. Another benefit for them is that they are playing at home. This can really make a difference against a largely inexperienced guest team.

This is an essential series for Bangladesh. They have been an evidently improved ODI team in the last few years. However, most of their decent results have come in sub-continental conditions. Before the world cup, Bangladesh needs moving away from its comfort zone and playing some exciting cricket matches. Shakib Al Hasan, Mushfiqur Rahim and Mahmudullah form the spine of Bangladesh batting line-up. 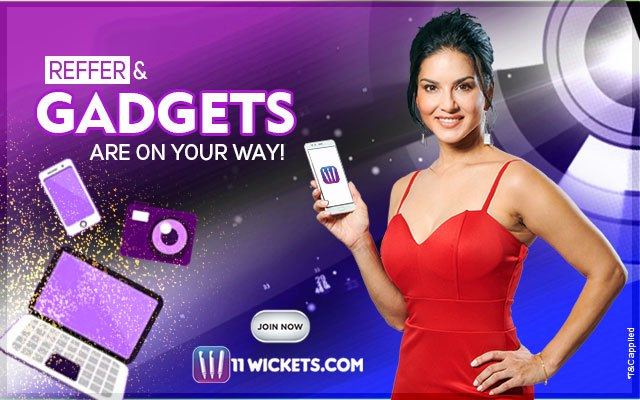 Both the teams have played 9 ODI matches together earlier, out of which Ireland succeeded in winning just 2 games while Bangladesh has won 6. One ODI match in 2017 brought No Result for both the team. On 9th May, Ireland and Bangladesh will clash for the first time in 2019. Also, this is the third time both teams will meet at The Village in Dublin. Their first encounter brought no result and during the 2nd encounter, Bangladesh stole the match from Ireland.

Tim Murtagh has been little trouble in the last few Ireland matches for the opponents. Skipper William Porterfield is leading a decent batting line-up.

Tamim Iqbal is going to be leading the batting with some talented and experienced batsmen. The spin options of the side are quite promising thanks to the presence of Shakib Al Hasan.

Invite your friends and win FREE gadgets during the month of May by playing fantasy cricket. And if one of your playing 11 backs out of a contest, you can now select 12th man at 11Wickets.com who takes place of the missing player and help you win huge prizes.