Colin Munro played a fiery knock in his last outing. 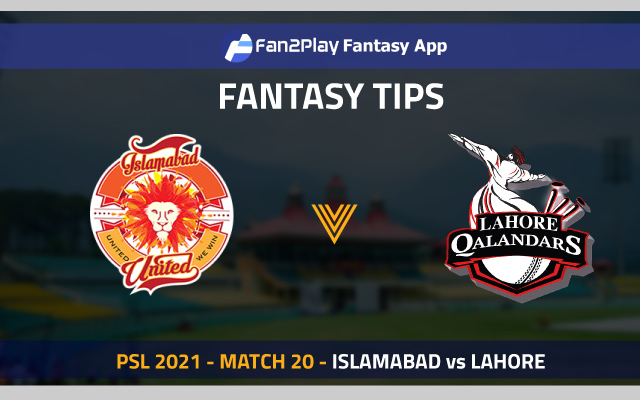 Islamabad United and Lahore Qalandars will battle it out in Match 20 of the Pakistan Super League 2021. This match is slated to take place on Sunday (June 13) in Abu Dhabi.

This match will commence at 11:30 PM IST and will be streamed live on Sony Liv and Sony Sports Network.

These two sides have been phenomenal in PSL, and fans can expect an exciting clash. With five wins in six outings, Lahore Qalandars are leading the team standings, and a win in this encounter would seal their berth in the playoffs. The Fakhar Zaman-led side registered a 10-run triumph in their last outing.

Coming to Islamabad United, they are second in the points table with four victories in six games. They are coming off a triumph over Quetta Gladiators in their last fixture and would like to continue their winning run. However, United’s pace spearhead Hasan Ali has been ruled out of the season owing to personal reasons and his absence could dent their combination. Notably, the Qalandars walked away with a five-wicket victory when these two sides met earlier this season.

The Pakistan all-rounder has been exceptional for Pakistan in T20Is and would be determined to take Lahore Qalandars to the title. Although his two outings after resumption weren’t that fruitful, keeping Hafeez quiet for long isn’t easy. Not to forget, the veteran can also contribute with his handy off-spins.

The New Zealand dasher unleashed mayhem in his last assignment against Quetta Gladiators and slammed boundaries for fun. The likes of Naseem Shah and Mohammad Hasnain looked entirely ineffective as Munro was on song. In total, the southpaw scored 90 off mere 36 deliveries. Hence, the Lahore Qalandars bowlers must beware of him. 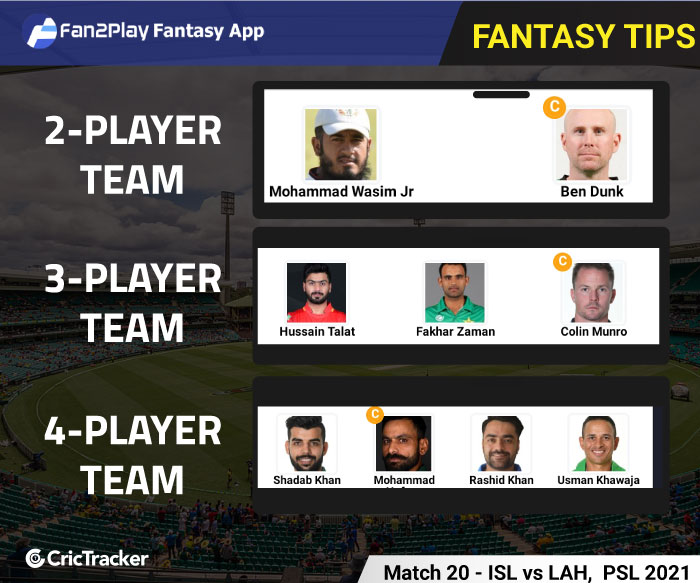 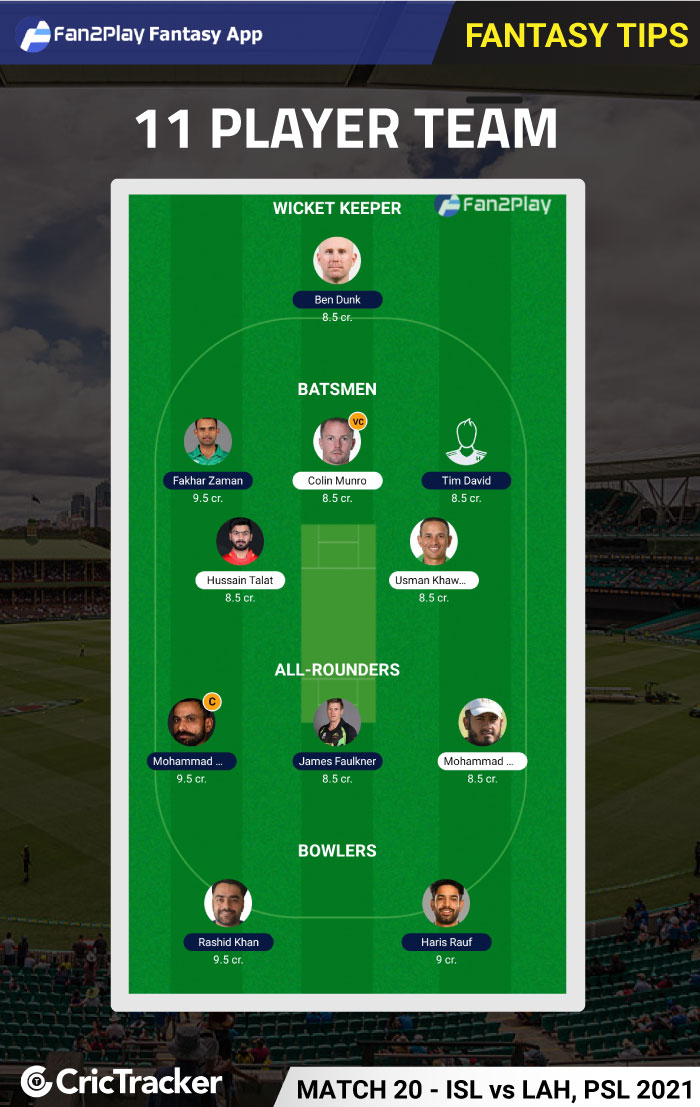