Hasan Ali is a good option to make captain in Mega Leagues. 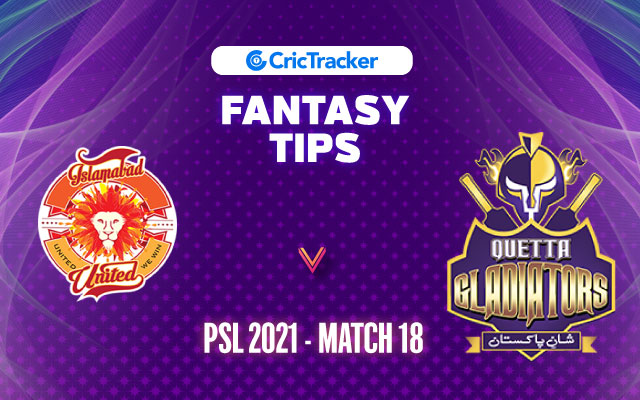 Quetta Gladiators are set to resume their PSL 2021 campaign in the second leg with a game against the Islamabad United. The United played the first game of the second leg against Lahore and lost in the last over thriller. They will be looking to return to the winning ways and strengthen their place in the top four.

The Gladiators, led by Sarfaraz Ahmed, have had to face a lot of issues including the late arrival of some of their players including their skipper due to visa issues. They are also at the last spot in the points table with only a solitary win in five matches. The Abu Dhabi provides them a great chance to topple top teams and make it to the top four.

The average first innings score so far has been 159 with the pitch turning slow as the game progresses. The team winning the toss should look to bat first.

Faf du Plessis had a very good outing while playing for CSK in the IPL 2021. He also participated in the PSL 2021 first leg where he mustered 71 runs in three matches.

Hasan Ali is in amazing form with the ball. He started the second leg with two wickets against Lahore. Overall, the pacer has accounted for 8 wickets in five matches.

Andre Russell’s arrival is a huge boost for the Gladiators. His capability to hit the ball out of the park and then showing his antics with the ball makes him a good captaincy material. 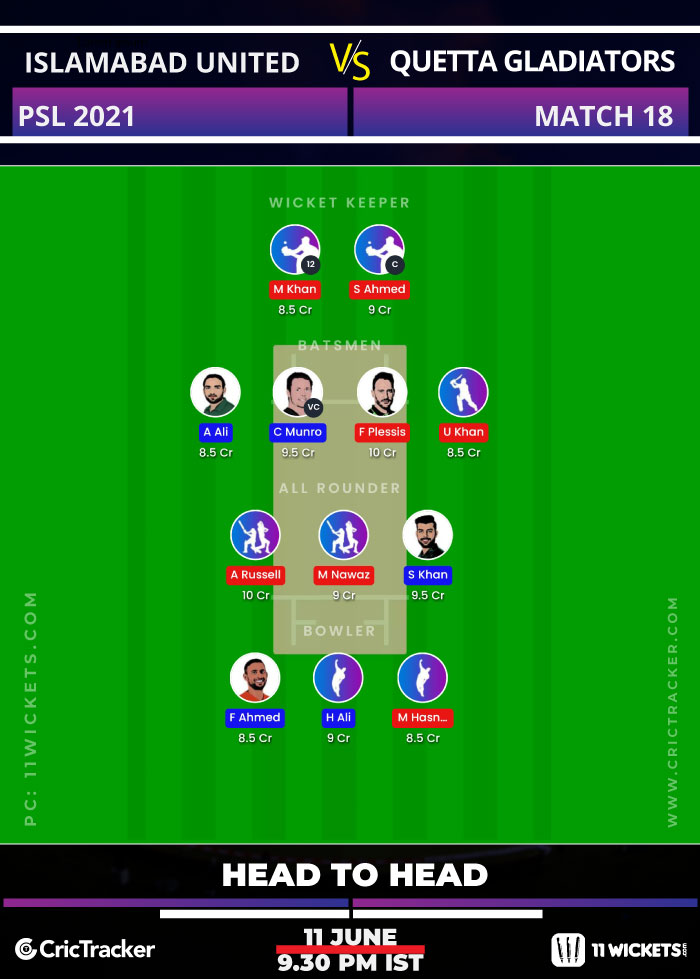 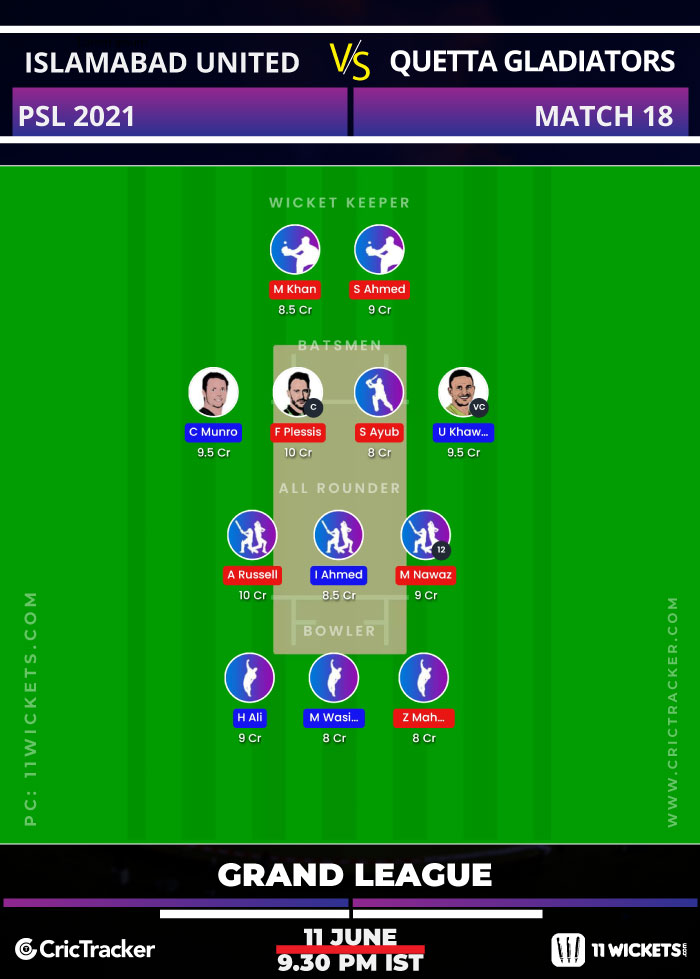