Bokaro Blasters are expected to end their league phase journey with a win over Jamshedpur Jugglers.

The 30th match of Jharkhand State Cricket Association T20 league will be played between Jamshedpur Jugglers and Bokaro Blasters at the JSCA International Stadium Complex, Ranchi.

Bokaro Blasters have already qualified for the semi-finals of Jharkhand State Cricket Association T20 League,2020 and this will be a good practice match for them before the semis. They have played 9 games and won 6 of them, and are currently placed 2nd in the table. If they win it by a big margin, they will end the league stage as the table toppers, leaving Dhanbad behind.

Jamshedpur Jugglers have never really got going in this league. They are already out of the Semi-finals race. They have played 9 games and won just 2, and they are tailing the points table. Even if they win this game, there won’t be any change in their position in the table. However, they will be looking to end their journey on a good note.

The temperature will be around 26°C and with partly clouds cover. 73% humidity and 8 Km/hr wind speed should make a good day for cricket.

The Ranchi surface is a pretty good one to bat on in the later stage of the league, hence this should prove to be a high scoring affair. We might see the team batting first, winning this one. There’s decent grass covering and all in all it’s a beautiful surface.

Ashish Kumar Jr has been sensational in the latter stage of the tournament and has been performing consistently. He has picked 14 wickets and scored 106 runs so far.

Jaskaran Singh is the strike bowler of Jugglers in this league. The left-arm-medium has hunted 10 scalps so far, despite his team not doing well in the league.

Atul Singh Surwar has picked up 7 wickets as well as scored 117 runs. The all-rounder is the backbone of Jamshedpur Jugglers.

Vikash Singh has been in terrific form and has scored 124 runs along with 5 wickets in the league so far. 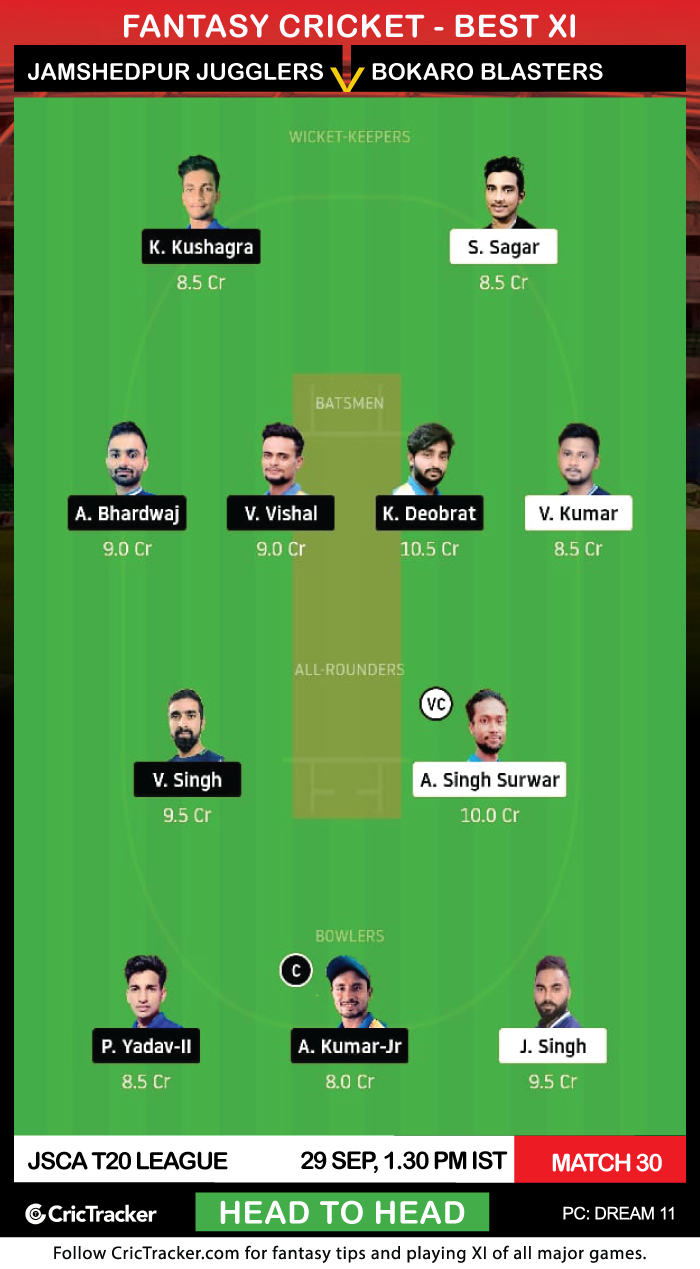 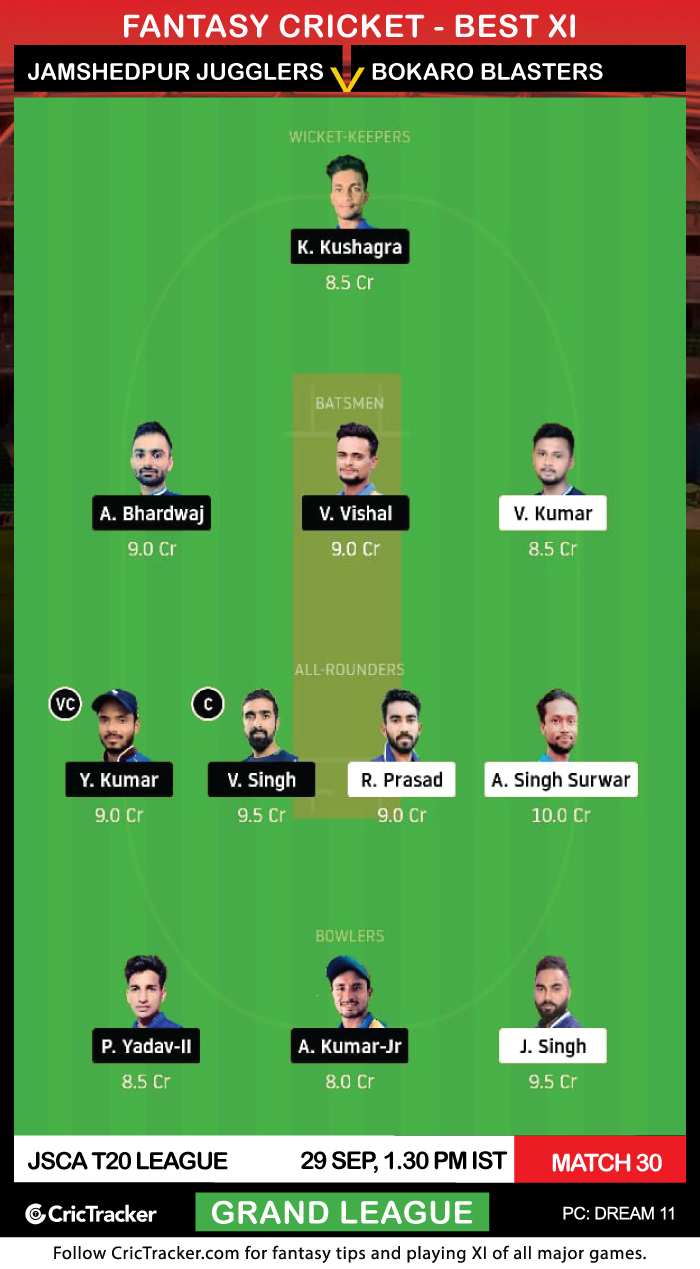 The pitch is favouring both the batsmen and bowlers at this stage of the league. It will be wise to pick batsmen who can strike big and bowlers who will get a bit of deviation from the pitch. All-rounders will be good choices for multipliers.

Bokaro Blasters are expected to win this match