Kennar Lewis can be a good pick for this match. 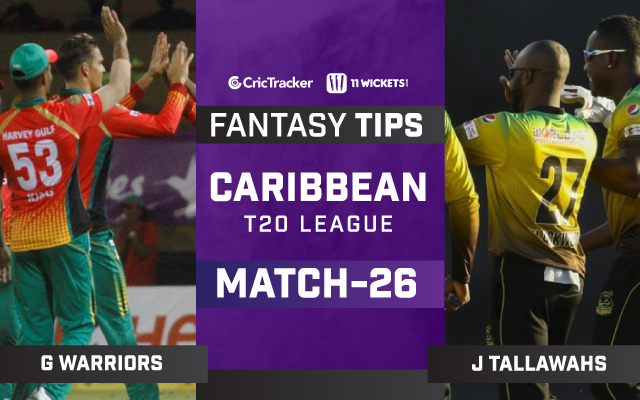 Jamaica Tallawahs will lock horns against Guyana Amazon Warriors in the Match 26 of the Caribbean T20 League 2021 on Sunday, September 12. The former have won four matches from the eight that they have played in the tournament so far. They are placed on the third spot of the points table.

Guyana Amazon Warriors, on the other hand, find themselves in the fifth position of the points table. They have also secured victories in four matches from the eight that they have played. Both the teams have triumphed in their previous encounter and will be determined to take the winning momentum further. This would thus be an enthralling contest for the onlookers.

The pitch is expected to be a batting-friendly one. Spinners have had an edge on this surface.

Kennar Lewis has chipped in 243 runs in the tournament so far. In the last match as well, he scored a half-century. He can be a good pick for this match.

Andre Russell is a great asset to the team owing to his all-rounder abilities. In the last match, he scored 31 runs and also picked up two wickets.

Odean Smith has scalped 10 wickets in the tournament so far. In the previous game, he clinched two wickets. He can be another good pick for this match. 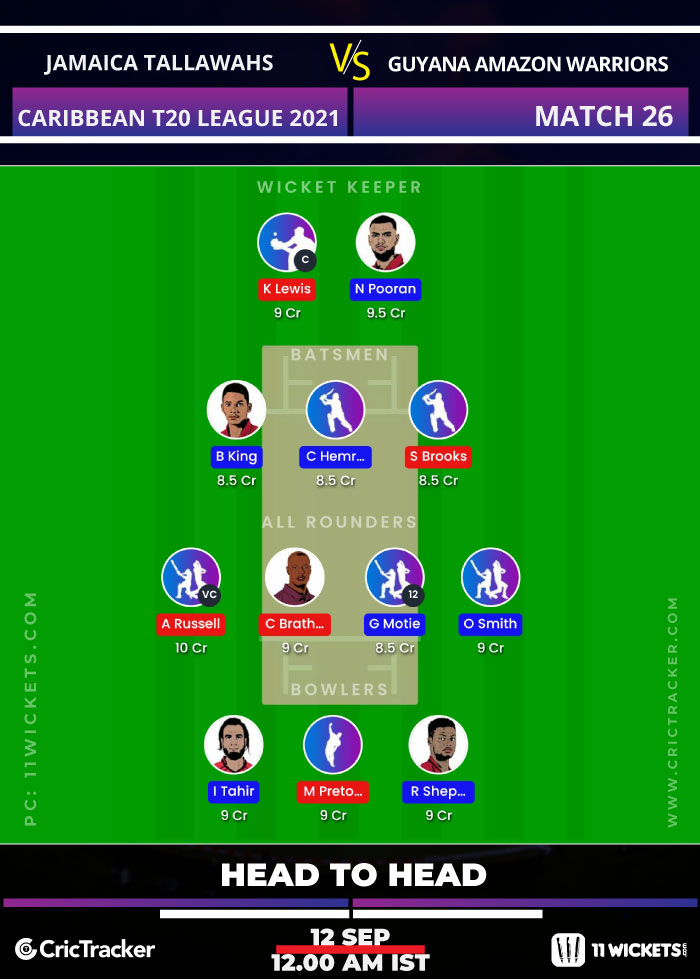 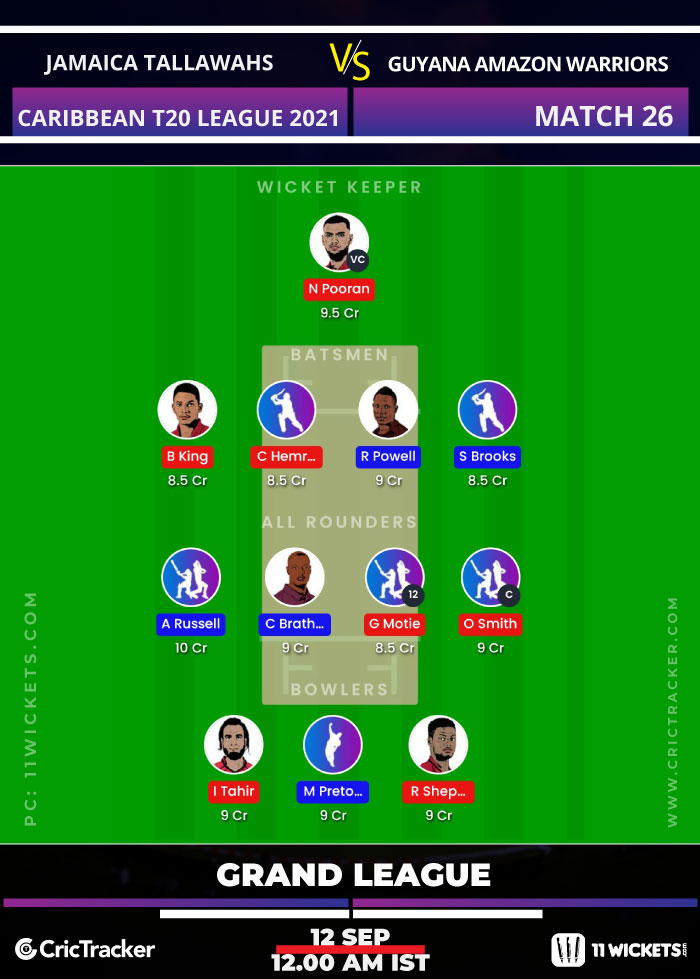