Leroy Lug is the top captain pick for this game.

Cornwall Warriors and Surrey Royals will be up against each other in Match 15 of Jamaica T10 2022. The Warriors are at the second position in the table with two wins in four league matches. In their last outing, they posted 175 and could not defend the score. The team will depend upon the likes of Kerry Holness and Jermaine Levy for doing well in this game.

On the other hand, the Royals also have the same wins but are at the fourth position with a less net run rate than their opponents. In the last league match, they could not chase down the target of 89 and fell short by 26 runs. Their key players are Leroy Lug and Nicholson Gordon.

The pitch is expected to provide assistance to the batters as it has in the last few matches of the tournament. The scores of around 100 will be a par total on this venue.

Also Read: No time to dwell in past, says Rovman Powell, as Delhi Capitals gear up for next game against Kolkata Knight Riders

Michael Frew has picked up ten wickets in four matches at an economy of 6.88 and is the leading wicket-taker of the Jamaica T10 2022. His best figure are 4/8 off two overs.

Leroy Lug is the third-highest run-scorer of the tournament with 121 runs in four games at a strike rate of 175.36. His top score is 52.

Nicholson Gordon has been one of the best bowlers in the tournament, with nine wickets in four appearances, at an average of 8.67.

CWA vs SRO Must Picks for Dream11 Fantasy Cricket: 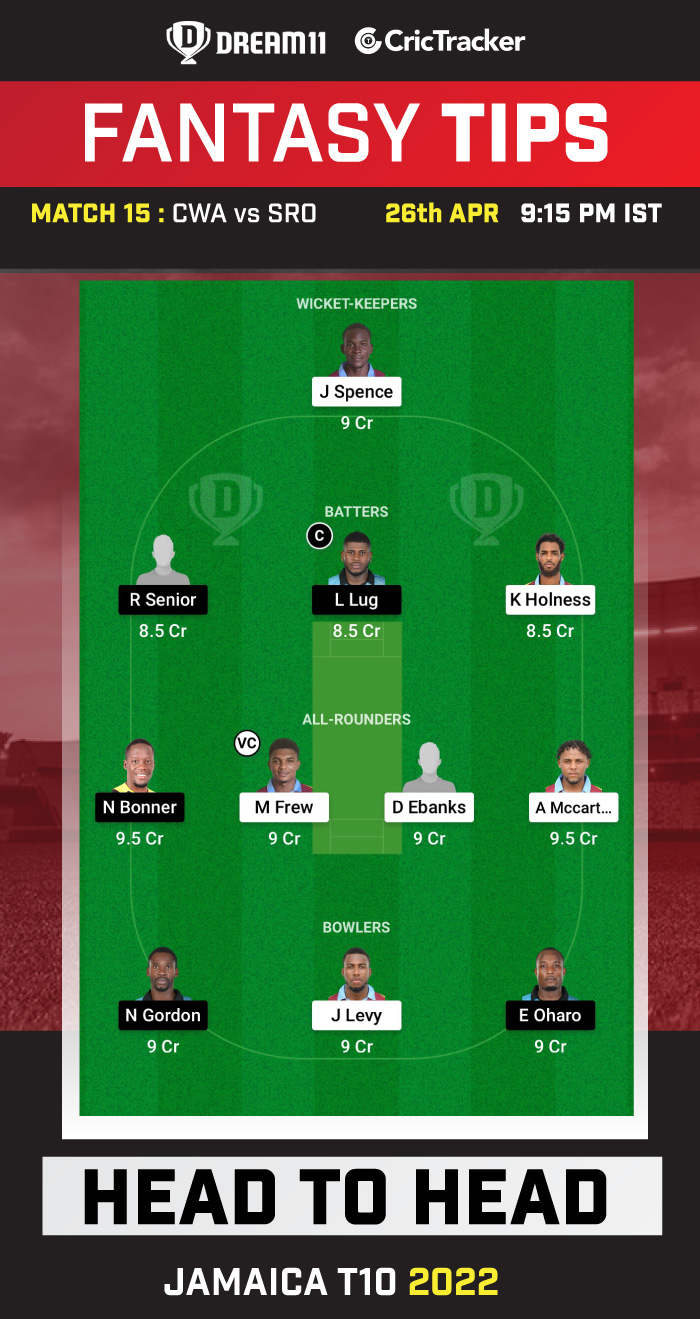 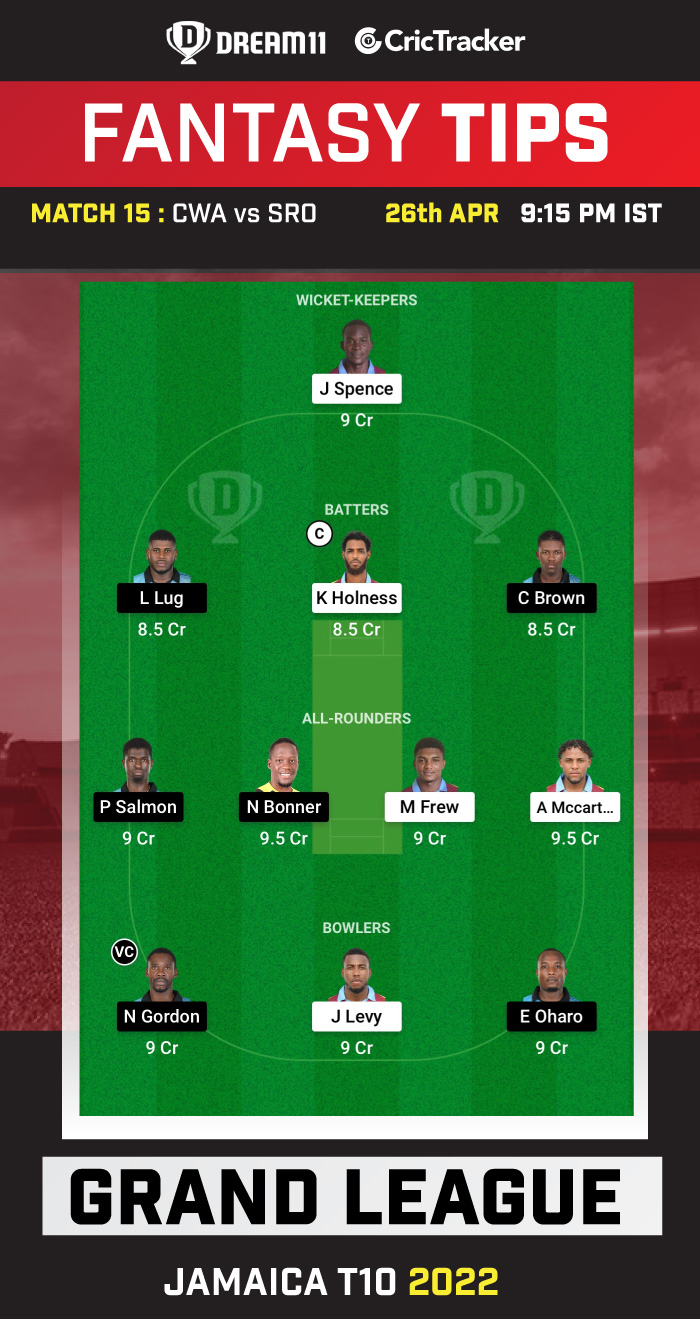 SRO is expected to secure a victory in this fixture.