Surrey Kings are expected to win this match.

Surrey Kings will take on Surrey Royals in the 20th match of the Jamaica T10 Series on Friday at the Sabina Park Stadium in Jamaica. Surrey Kings have been one of the competition’s most dominant franchises, winning all five games in a row and becoming the first team to do so. However, their previous game was canceled, and they were forced to share a point with the Middlesex Titans. Surrey Royals, on the other hand, has had ups and downs in their journey, winning three games and losing three.

The pitch at the Sabina Park Stadium is a balanced one. Pace bowlers may find some help with the new ball in the early stages of the game. The majority of games have been won by the team that set the target.

Andre McCarthy has been vital in his team’s success, scoring 94 runs and taking four wickets at an average of 25.50 in six games.

Oraine Williams has performed well for his side with the bowl so far, taking five wickets at an average of 14.80. He is also quite handy with the bat as well.

Pete Salmon has been a key player for his team thus far, scoring 72 runs and taking 6 wickets at an average of 15.50 in six games.

Nicholson Gordon has impressed with his slower ones and was quite good with his accurate line and length. He has ten wickets at an average of 8.85.

SKI vs SRO Must Picks for Dream11 Fantasy Cricket: 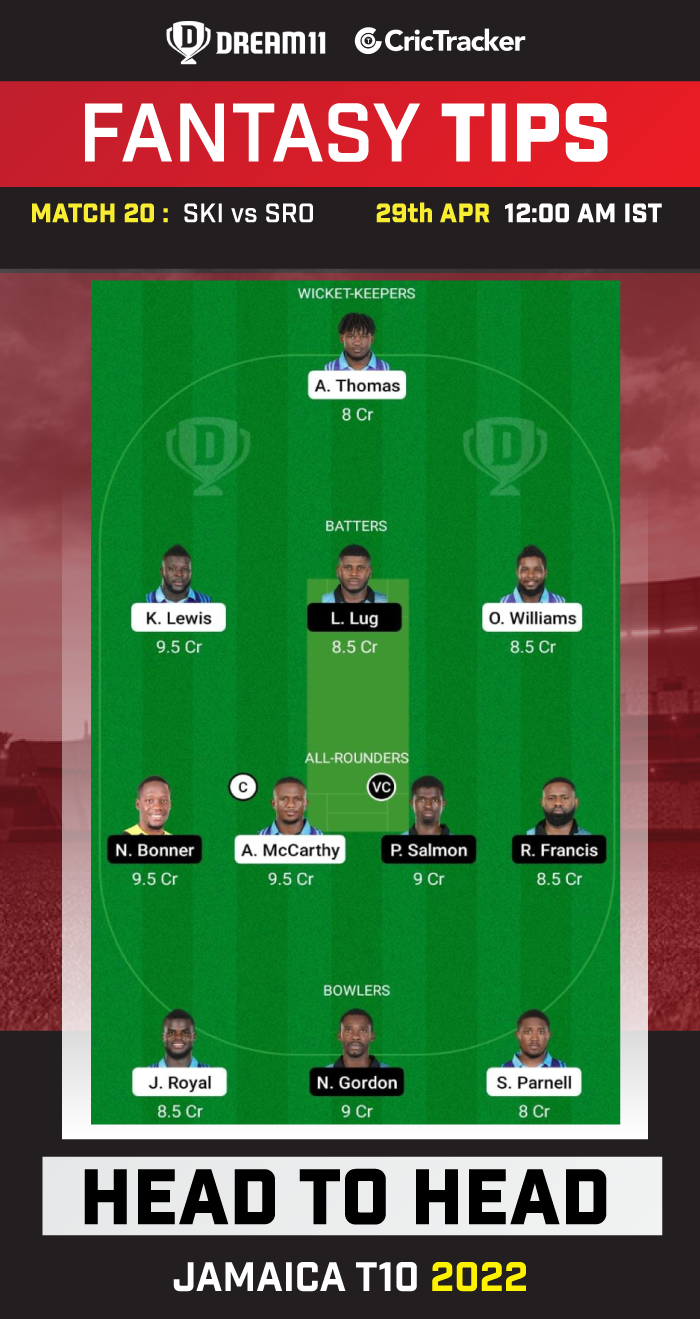 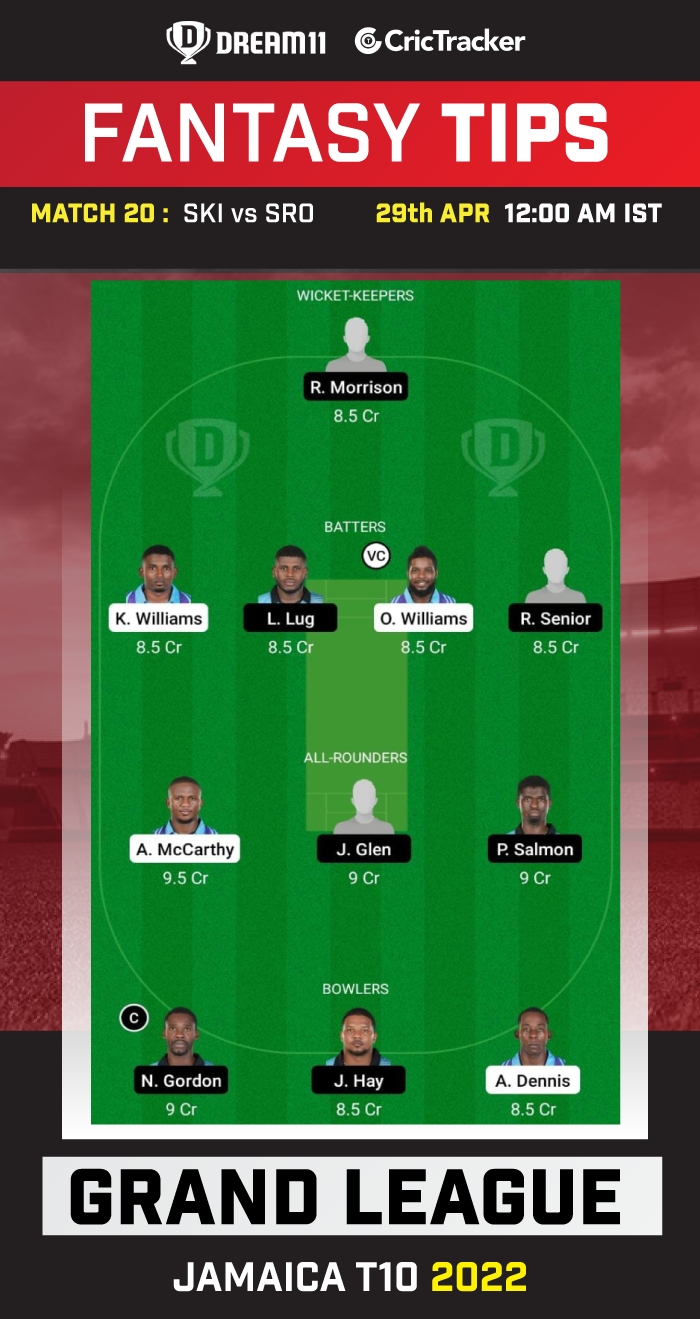 Surrey Kings are expected to win this match.