Indrani Roy is a must pick and should be the captain of any one of your Dream11 fantasy teams.

The 17th match of the Jharkhand Women’s T20 Trophy2021 will be played between Dhanbad Daffodils Women and Bokaro Blossoms Women on 23rd February at JSCA International Stadium Complex in Ranchi.

The match is scheduled to start at 10:00 AM local time and IST and it will be streamed live on FanCode.

Dhanbad Daffodils Women will go one-on-one against the Bokaro Blossoms Women in the 17th match of the Jharkhand Women’s T20 Trophy 2021 on Tuesday. The season has been horrible for the Dhanbad Daffodils Women as they have not won a single match out of 6 matches. They are at the bottom of the point table and will desperately be looking for their first win.

On the other hand, Bokaro Blossoms Women are at the top of the point table. They have won all their matches and will want to continue the winning streak. This match is a contest between the top and bottom teams on the points table.

It will be a clear sky in Ranchi on Sunday, with the temperature ranging between 27 and 28 degrees Celsius. There is no chance of precipitation for this match.

This pitch is a boon for the bowlers, especially the spinners. The average first batting score is 96 but still whoever wins the toss, will go for bat first as the pitch is very difficult to bat on in the second innings.

Indrani Roy is the leading run-scorer in the tournament so far. She is in fabulous form and has scored 300 runs in 6 matches with a strike rate and an average of 122.95 and 50 respectively. In the last match itself, she scored 89 runs at a strike rate of 150+.

Arti Kumari is one of the most consistent bowlers in the Bokaro Blossoms unit. In 6 matches, she has already picked up 9 wickets with an economy rate of 2.71 runs per over.

Bokaro Blossoms Women’s skipper Ashwani Kumari is a middle-order specialist batter for her team. She can score some quick runs. In 6 matches, she has scored 77 runs at an average of 25.66 and even picked a wicket.

Priya Kumari impressed everyone with her all-around performance in the last few matches. In the last two matches, she has scored 66 runs and has picked up 2 wickets.

Sonia has scored 70 runs and also scalped 3 wickets in this season so far. She is a must-pick all-rounder from Dhanbad Daffodils Women. 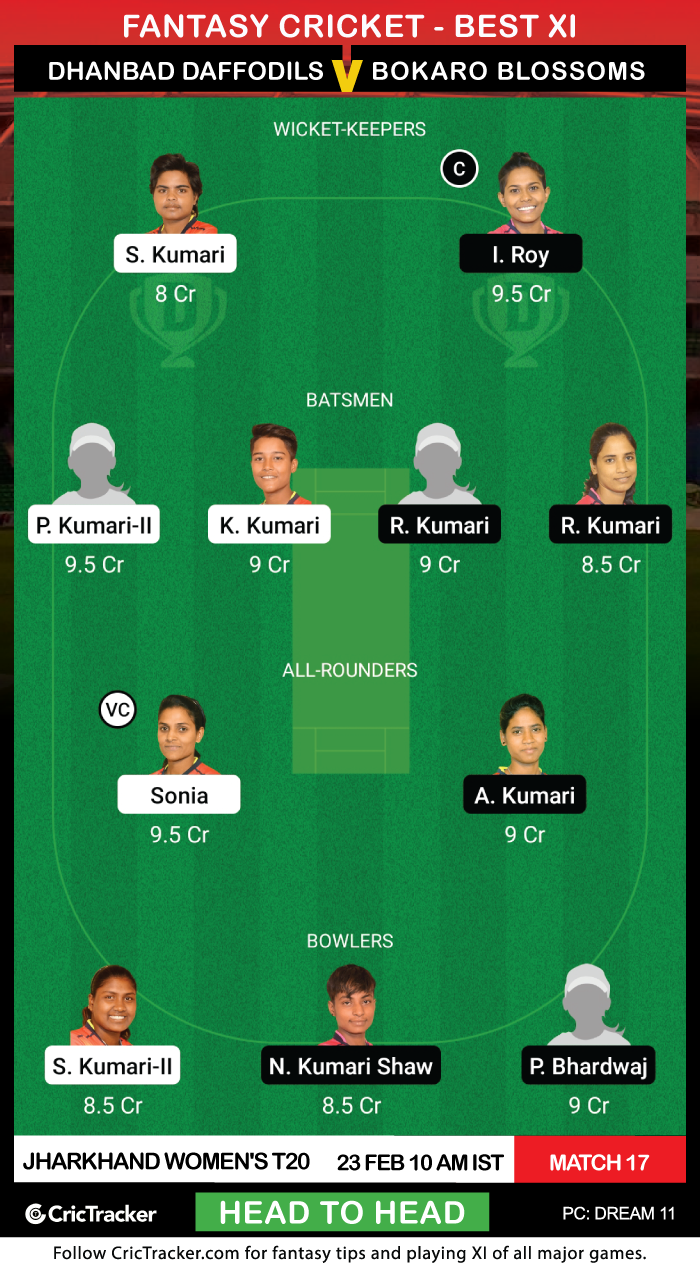 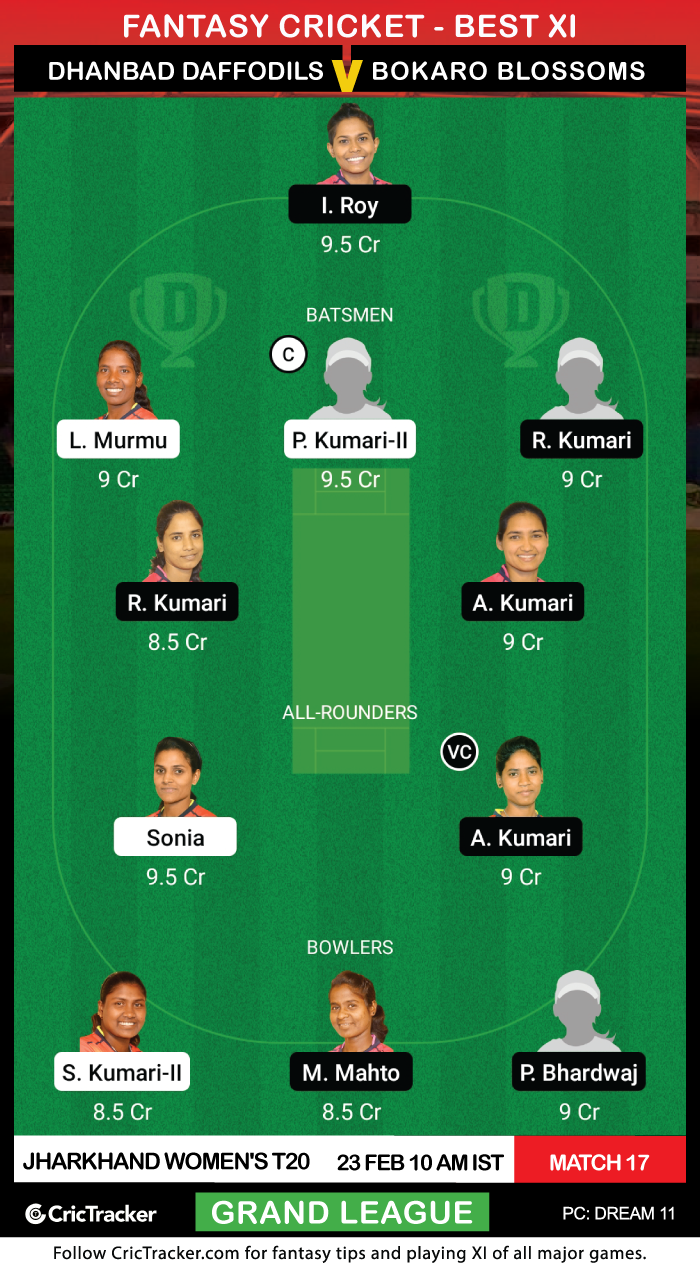 Indrani Roy is a must pick and should be the captain of any one of your Dream11 fantasy teams. She has been a consistent performer for Bokaro Blossoms.

Bokaro Blossoms Women are expected to win this match.