It is advisable to pick at least three all-rounders in both of your Dream11 Fantasy teams as they can provide you with some crucial points with both bat and ball.

The 6th match of the Jharkhand Women’s T20 Trophy 2021 will be played between Ranchi Roses Women and Dumka Daisies Women on 16th February at JSCA International Stadium Complex, Ranchi.

The match is scheduled to start at 02:00 PM IST and it will be streamed live on Fancode.

Ranchi Roses and Dumka Daisies will be up against each other in the 6th match of Jharkhand Women’s T20 Trophy 2021. Ranchi Roses will come into this match high on confidence after winning both of their first two matches and they are currently placed at the top on the points table. They will be looking forward to continuing their winning momentum in this match also.

On the other hand, Dumka Daisies will also be in high spirits after their hard-fought win against Dhanbad Daffodils. They have won 1 out of the 2 matches they have played and are currently placed at the 3rd spot on the points table. We can expect a thrilling game between these two quality sides on Tuesday.

The weather is forecasted to be mostly sunny for this game, with the temperature hovering around 28 Degrees Celsius.

The track at JSCA International Stadium has favoured the bowlers more than the batswomen this season. All the four matches at this venue were low scoring. The team winning the toss will look to bat first at this venue.

Also Read – Road Safety Series World T20: Australian stars pull out of the tournament due to COVID-19 travel restrictions Down Under

Monika Murmu is the leading run-scorer of the tournament so far. She has scored 97 runs at a strike-rate of 112 and averages close to 50.

Nidhi Buley has been brilliant with the ball in both matches. She has scalped 5 wickets in 2 innings and also scored 28 runs in the first match against Dhanbad Daffodils.

Durga Murmu has scored 50 runs in 2 innings at an average of 50. She is the most important batswomen for Ranchi Roses.

Devyani Prasad has scored 30 runs and picked up 3 wickets in two matches she played for her team. She is a key player for Dumka Daisies.

Mamta Paswan has impressed everyone with her bowling in the first match. So far, she has picked up 4 wickets in two matches and she can also score some handy runs with the bat. 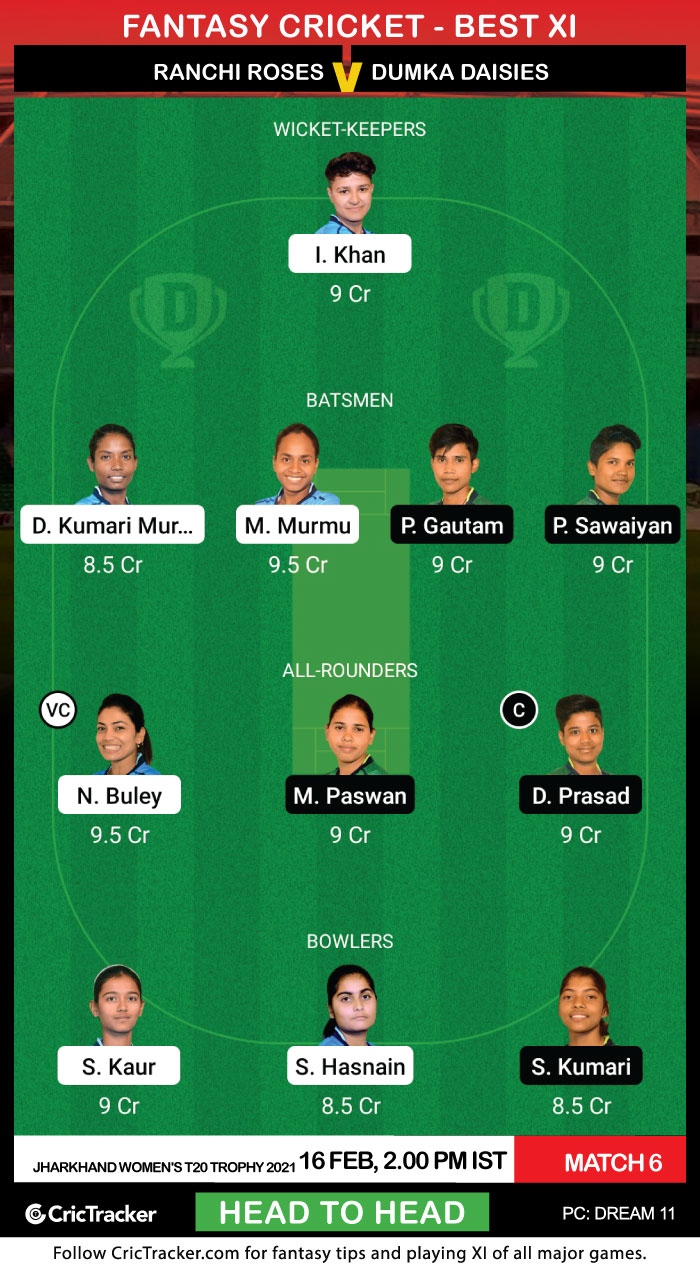 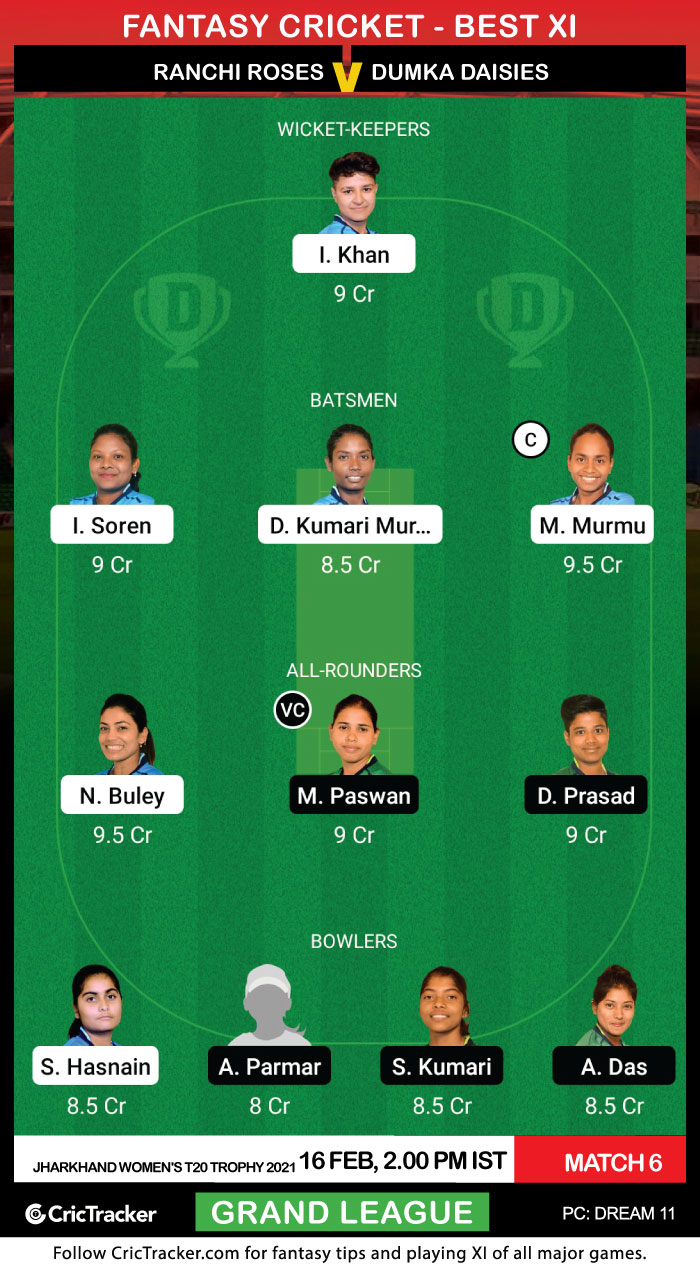 It is advisable to pick at least three all-rounders in both of your Dream11 Fantasy teams as they can provide you with some crucial points with both bat and ball.

Ranchi Roses Women are expected to win this match.