In your team for the Grand Leagues, you can include as many as 4 bowlers in your team and 3 all-rounders, as these players are in great form in this tournament so far and have the potential to earn you a good number of points. 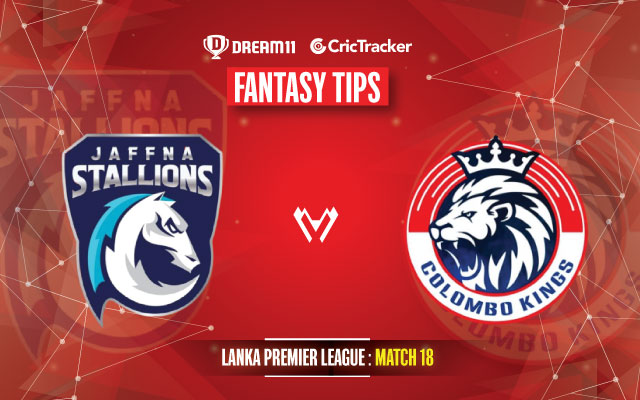 The 18th match of the Lanka Premier League 2020 will be played between the Jaffna Stallions and the Colombo Kings at the Mahinda Rajapaksa International Stadium in Hambantota.

The match is scheduled to start at 03:30 PM Local Time and IST. The match will be telecasted live on Sony Six.

One of the top-performing teams of the tournament at the moment, the Jaffna Stallions, is all set to face off against the Colombo Kings, a team that has done similarly well. The Jaffna Stallions have won 4 out of 7 matches, with the other two games ending in a loss and a draw. Their net run rate is a thing that they can really boast about, as it stands at -0.165.

Their opponents in this match, the Colombo Kings have also played and won the same amount of matches in the 6 matches that they have played, but they have one extra loss to their name, which places them at the 3rd spot in the points table of the tournament. So, given the fact that these two teams have performed similarly well, it will be interesting to see which team lands on the better side of things once the match is done.

Partly cloudy skies with a 20 percent chance of rainfall will be welcoming the players when they take the field on Thursday, with the temperature hovering around the 29 degree Celsius mark.

Chasing scores set in the first innings and winning matches has been the recent trend at this venue. So, coming into this game, the pitch is expected to exhibit the same behavior, where the batters will enjoy batting in the second inning.

157 (Last 5 completed matches of the tournament)

Dale Steyn has served his quarantine period and may be seen in the playing XI in this game.

Thisara Perera has taken 5 wickets and has scored 193 runs, setting an example for his team, while being their captain and making sure that they do well as a squad.

Wanindu Hasaranga with a total of 12 wickets to his name in the 7 matches that he has played so far, is placed at the top of the wicket taker’s list of this tournament at the moment.

Andre Russell is another player who has been doing well for his team with both the bat and the ball in hand so far. He has taken 5 wickets and has scored 137 runs at a strike rate of 204.47 in the 6 matches that he has featured in.

Dinesh Chandimal has been one of the best wicket keepers in this edition of the Lanka Premier League, having done well with the gloves behind the wickets. He has played in 6 matches and is the third-highest run-getter at the moment, with 218 runs to his name at a staggering average of 72.66. 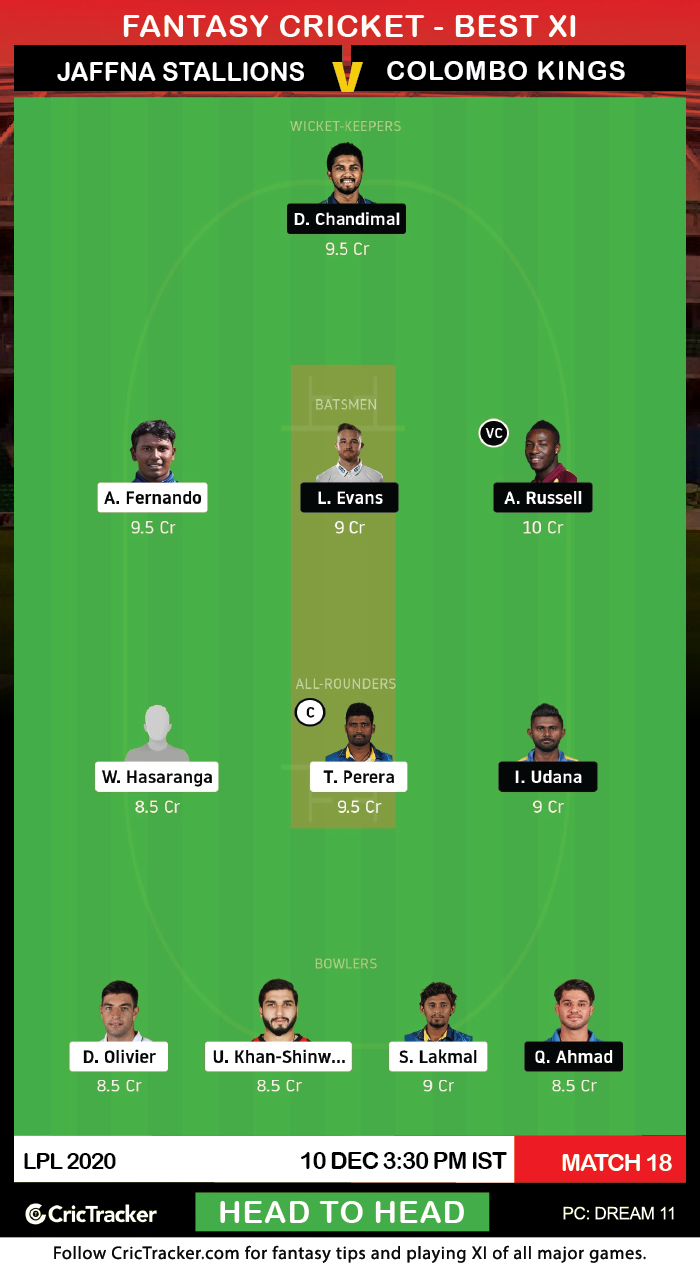 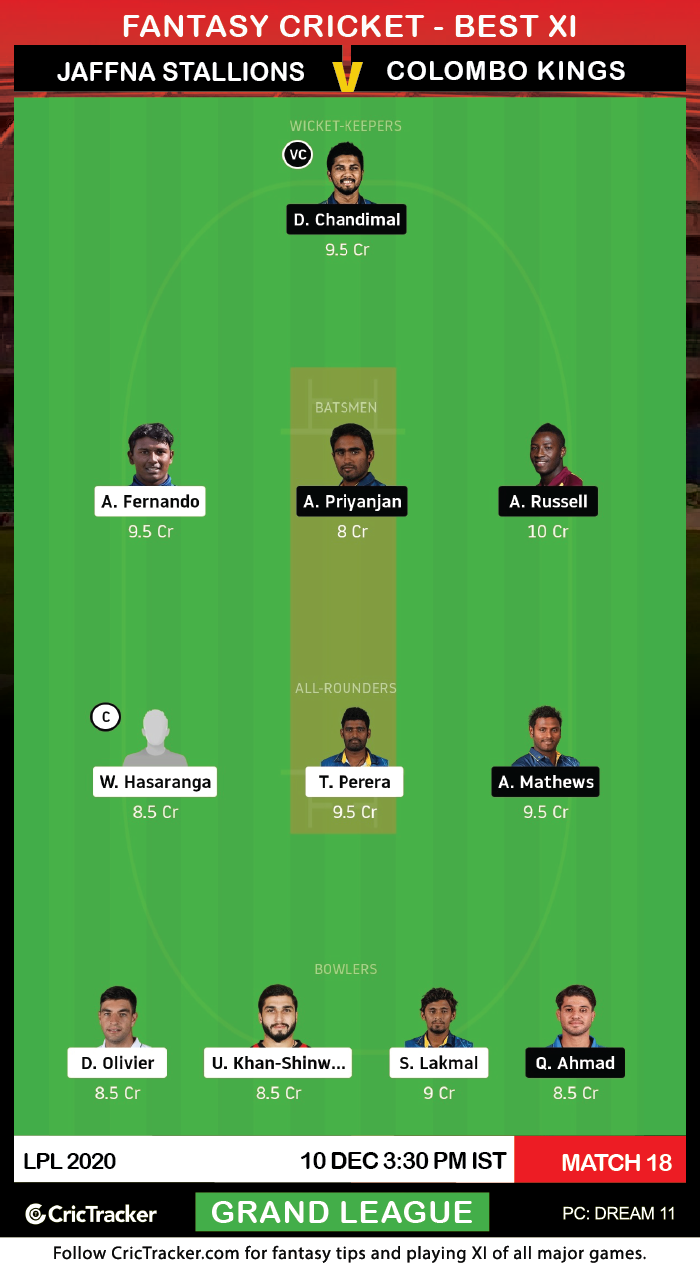 In your team for the Grand Leagues, you can include as many as 4 bowlers in your team and 3 all-rounders, as these players are in great form in this tournament so far and have the potential to earn you a good number of points. Andre Russell has been listed as a batsman in Dream11, but he has the ability to perform with both the bat and the ball in hand and is a sure shot inclusion in your team.

Jaffna Stallions are expected to win this match.