The Jamshedpur Jugglers are expected to win this match.

The 2nd match of the JSCA T20 League 2020 will be played between the Jamshedpur Jugglers and the Dunka Daredevils at the Jharkhand State Cricket Association Stadium.

The second match of the Jharkhand State Cricket Association T20 League is all set to be played between the Jamshedpur Jugglers and Dumka Daredevils. Both the teams would be coming in with no experience about the playing field and other such conditions apart from having a general idea, which means that they will be placed at a level playing field coming into this match.

A win at this stage would be really helpful for their campaign going further into this tournament. It would be so because a win would get them a lot of momentum on their side and they could capitalise on it and go on a winning spree, getting a load of points in their bag going into the later stages.

The weather on Tuesday in Ranchi is expected to be good for a cricket match for the most part, with partly cloudy skies, 20 per cent chance of rainfall and the temperature hovering around the 26 degree Celsius mark.

A balanced pitch, with no bias towards the batsmen or the bowler, would be welcoming the players when they take the field on Tuesday. There would be just a little amount of help for the bowlers at the start of the match.

Bhanu Anand has played in 10 T20 matches in the domestic circuit and has 228 runs to his name while maintaining an average of 38.00.

Arnav Sinha in the 14 matches that he has played in, has a total of 377 runs including one century and two half-centuries while maintaining a strike rate of 105.31.

Mohit Kumar has played in only 6 matches in the domestic circuit, but he has looked good with the bat, scoring a total of 85 runs, at the strike-rate of 128.79.

Alok Sharma is a real potential batting asset for his team. He has 214 runs to his name in just 6 matches, including one century. 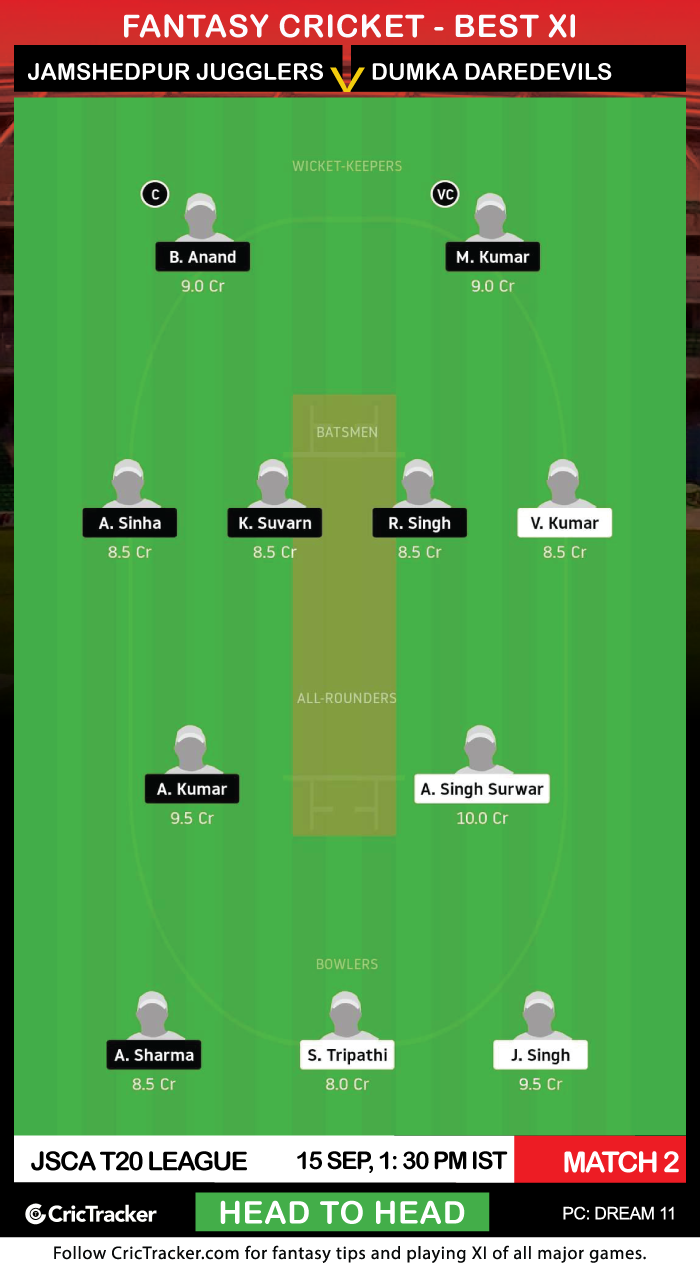 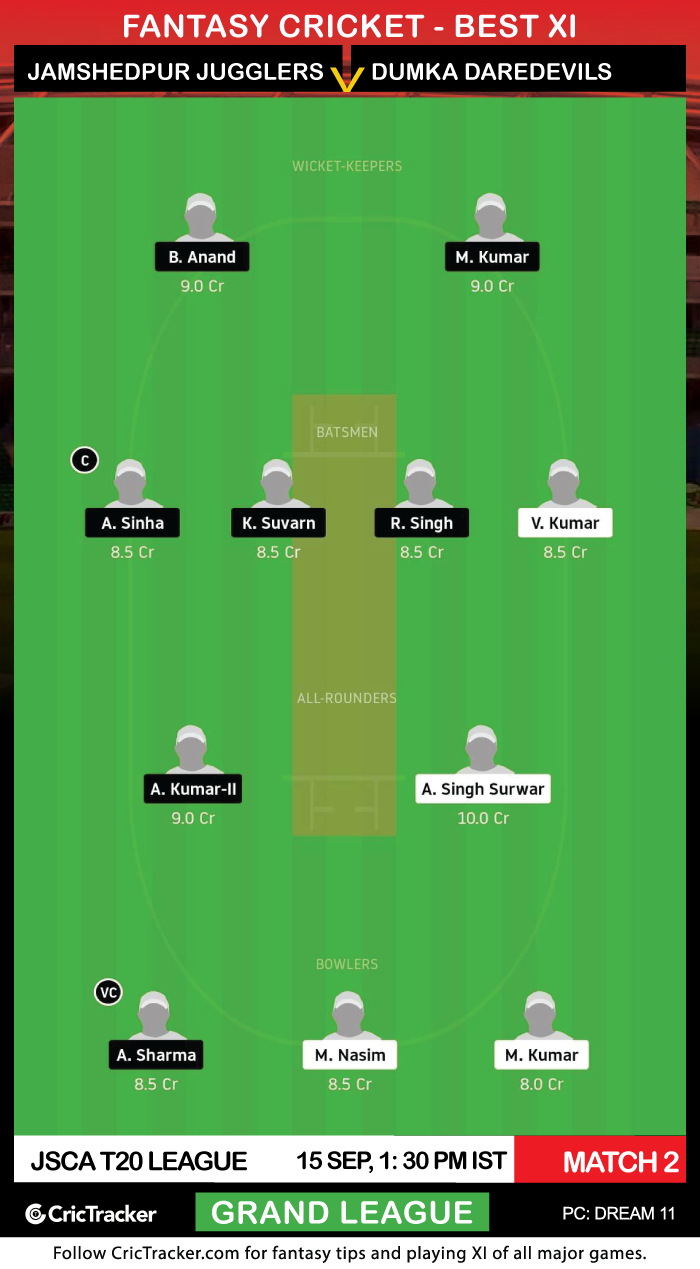 Two players from the wicketkeepers’ list, namely Bhanu Anand and Mohit Kumar have great potential with the bat in hand. Hence, they should be included in your Dream11 Fantasy team.

The Jamshedpur Jugglers are expected to win this match.