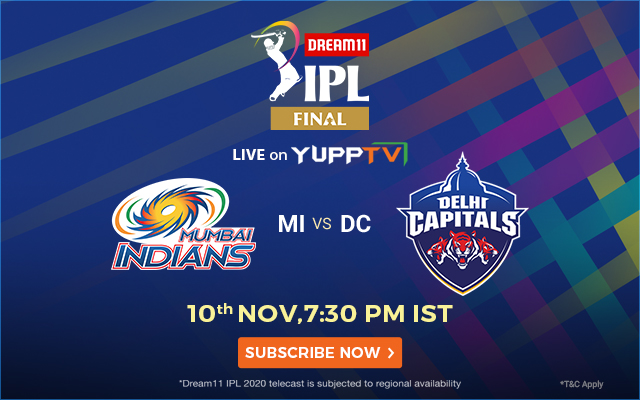 Delhi Capitals’ success story is rather a bumpy but inspiring one. The team began Dream11 IPL 2020 with a thrilling match against Kings XI Punjab. This was the second match of the season and it had ended in a super over in which DC won with flying colors. Delhi Capitals team went on to experience riveting highs and lows where it had managed to secure victories with a massive difference, and devastating losses too.

Shikhar Dhawan is currently the second-highest run-scorer in the tournament with 2 Centuries and 4 Half Centuries. Shreyas Iyer is present in the top ten highest run scorers. DC Bowler Kagiso Rabada is the highest wicket-taker in the current season and Anrich Nortje is among the top ten, tailed by R Ashwin and Marcus Stoinis.

With players like these in the pocket, Delhi Capitals might prove to be a worthy opponent against Mumbai Indians in the Dream11 IPL 2020 Finals. But the fact that Delhi Capitals has lost to the Mumbai Indians team all the three times that it had a face-off cannot be ignored. While this may act as a motivator to defeat them in the final, the immense pressure to stand victorious in the presence of a giant can be a threat to morale.

Mumbai Indians on the other hand are the strongest team in IPL 2020 and is on the top of the table with 18 points along with a victory in Qualifier-1. The team possesses players like Rohit Sharma, Quinton de Kock, Ishan Kishan, Surya Kumar Yadav, Hardik Pandya, Kieron Pollard, Trent Boult, Jasprit Bumrah, Nathan Coulter Nile, Rahul Chahar, etc.

Being the most consistent team, Mumbai Indians has three players, Quinton de Kock, Ishan Kishan, and Surya Kumar Yadav among the top ten in the highest run scorers of the tournament. Bowlers Jasprit Bumrah and Trent Boult are in the second and third positions of the most wicket-takers list and have proven to be a menace to the opposition in the season.

Mumbai Indians has already faced Delhi Capitals three times in IPL 2020 and had defeated them every time. In the first encounter, MI chased a total of 162 runs in 19.4 overs and in the second league match it had managed to restrict DC to a total of 110. In the recent face-off in Qualifier-1, MI scored a whupping 200 runs total and restricted DC to 143 runs.

The team has entered the finals of IPL tournament for the sixth time and has held the trophy 4 times since the beginning. It packs experience from veterans, energy from young players, ruthless support from All Rounders, and a powerful captain that has led the team to finals 6 times. But will they be able to defend the title from Delhi Capitals? It’s a question only the future holds the answers to.

Watch Dream11 IPL 2020 Final- Mumbai Indians vs Delhi Capitals Live on YuppTV in Full HD from select regions across the World. You can access the entire IPL 2020 final on Smart Televisions, Smartphones, Laptops, Computers, and other internet enabled devices.