Rohan Kunnummel is the top fantasy pick of this game.

Masters Cricket Club (MTC) and Masters RCC (MRC) will lock horns in the Eliminator fixture of KCA Club Championship T20 2022. In their last game, MTC was impressive with the ball but fell short by 16 runs against ACC. The players like Rohan Kunnummel and Gokul Gopinath.

On the other hand, MRC could not defend their low score of 126 on the board in the last outing against ACC. They would look to rely on the performances of KA Ajith and Pawan Raj.

The last few matches at this ground have been abandoned due to rain, and the moisture on the surface will assist the pacers with the ball. Overall it will be a good surface for the batters and the scores of around 150 need to be posted by the team batting first.

An experienced player in domestic cricket, Rohan Kunnummel is the leading run-scorer in the tournament with 279 runs in eight appearances at a strike rate of 194.58.

Gokul Gopinath has been one of the finest bowlers, with 13 wickets in eight appearances at an economy of 6.40.

Pavan Raj has picked up 11 wickets in eight league games at a terrific economy of 5.76, and an average of 11.

MTC vs MRC Must Picks for Dream11 Fantasy Cricket: 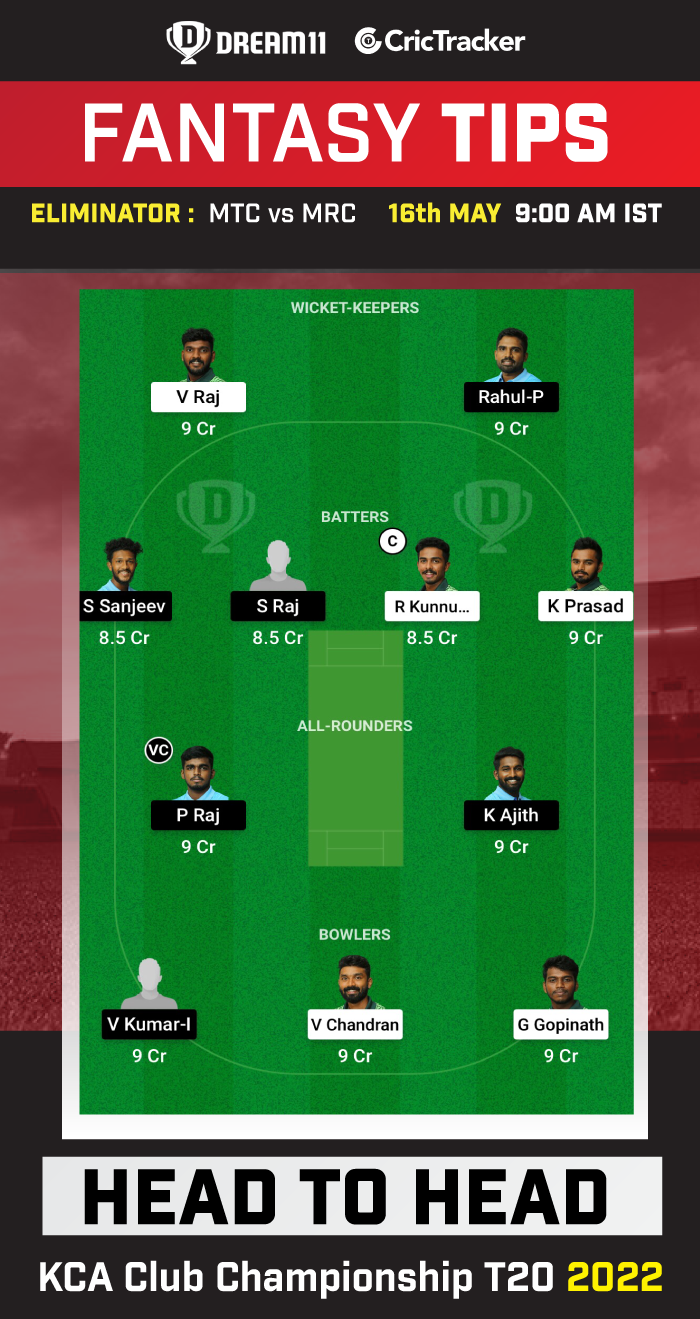 MTC is expected to secure a victory in this fixture.