Basil NP has been a consistent wicket-taker.

AGORC (AGR) and BK-55 (BKK) will be up against each other in Match 29 of KCA Club Championship T20 2022. In their last league match, AGR was terrific to bundle out the opposition for a score of 61 and then chased down the total easily. The key players of the team will be Basil NP and AK Arjun.

On the other hand, BKK could not secure victory in their last league match and would look to do well in this game. Players like Akshay Chandran and Salman Nizar will be vital to the team.

The totals of around 160 have been readily posted on this ground, but the overcast conditions have helped the pace bowler to get assistance and will be the lethal weapon.

AGR vs BKK Must Picks for Dream11 Fantasy Cricket: 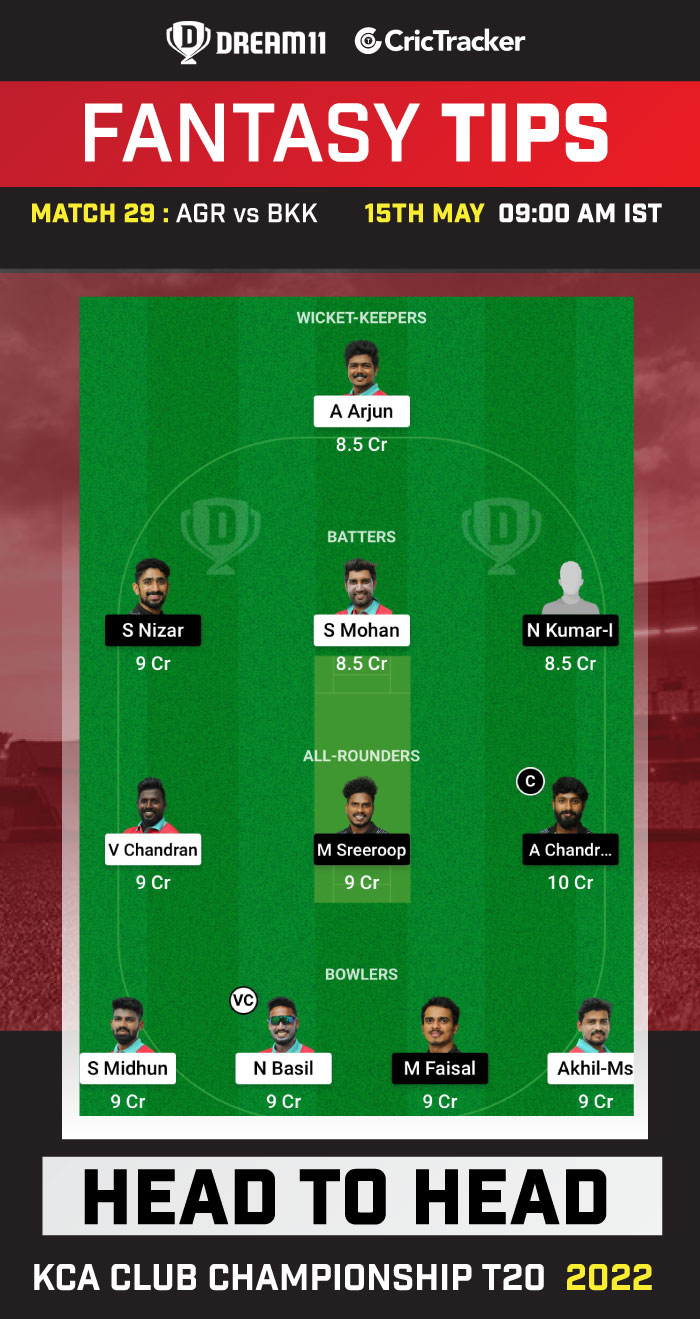 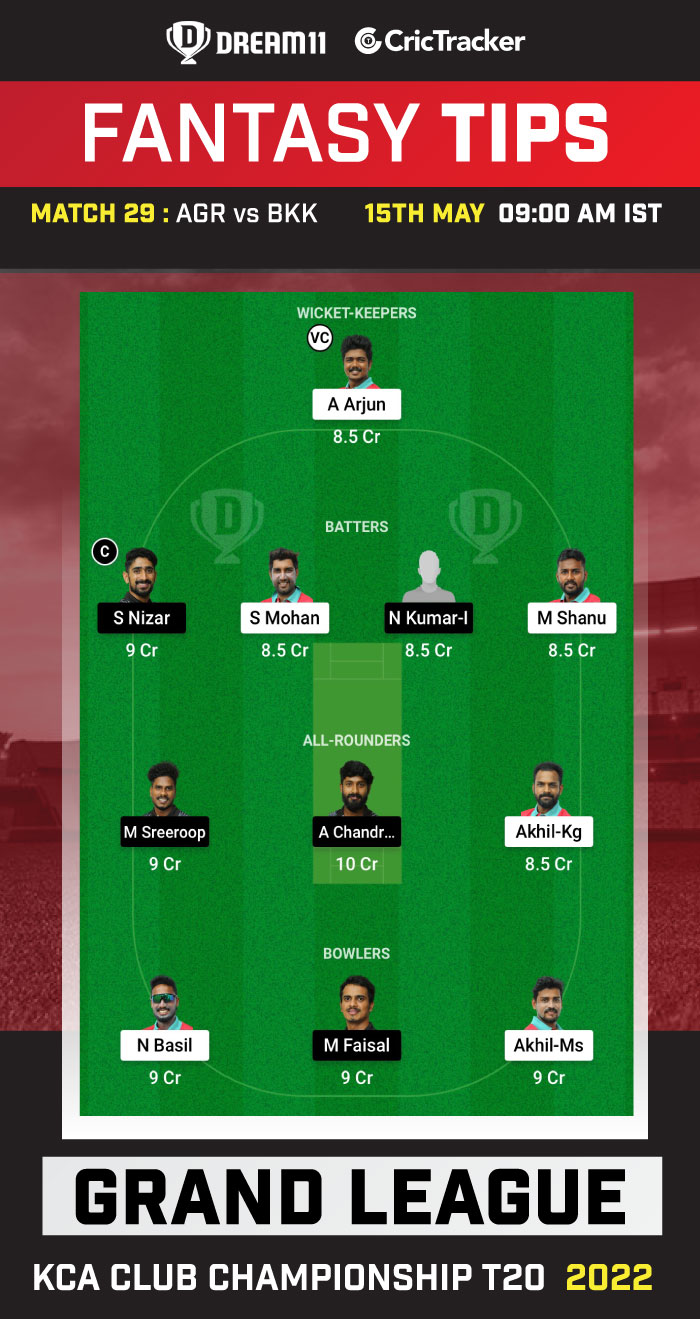 AGR is expected to secure a victory in this fixture.