Team Sapphire will take on team ruby in the final match of KCA Pink T20 Challengers 2021. It will be a cracker of a match as the top two teams of the league stage will come face-to-face. Both the teams won six out of their eight league stage matches.

These teams have met twice previously, with both teams winning once. Ruby and Sapphire both have plenty of good players who have been on the top in every department. It is now all about getting the game plan and application right in the final.

The pitch is looking balanced. The average first inning score is 102. According to the last five matches, the team batting second will have an advantage.

Shani Sasidharan is the top run-getter in the tournament so far. She has been phenomenal with the bat and has scored 368 runs at a strike rate and an average of 100+ and 61+ respectively. She has picked up 12 wickets as well.

Bhoomika Umbarje is the highest run-getter in the team. She has contributed in almost every match. She has scored 254 runs in nine matches with a strike rate of 97+ and has picked up a wicket as well.

Sajeevan Sajana has been a fabulous all-rounder for her team. She has scored 211 runs in nine innings and has picked up 11 wickets as well.

RUB vs SAP Must Picks for Dream11 Fantasy Cricket: 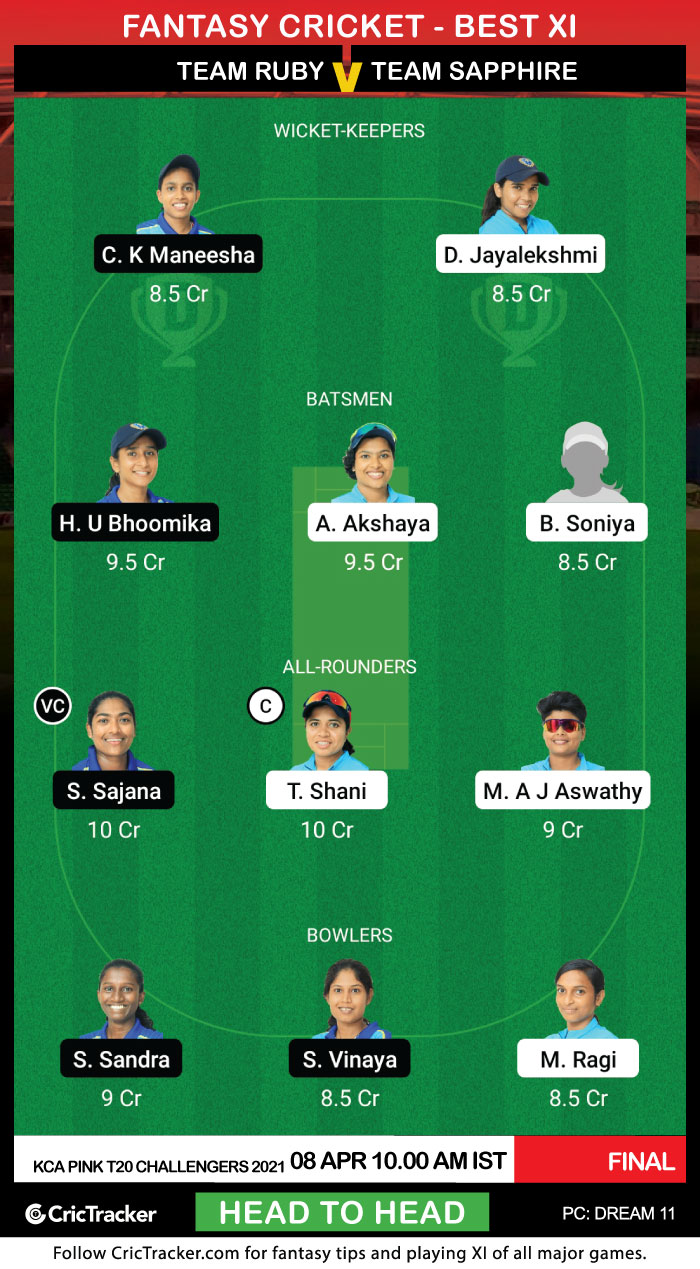 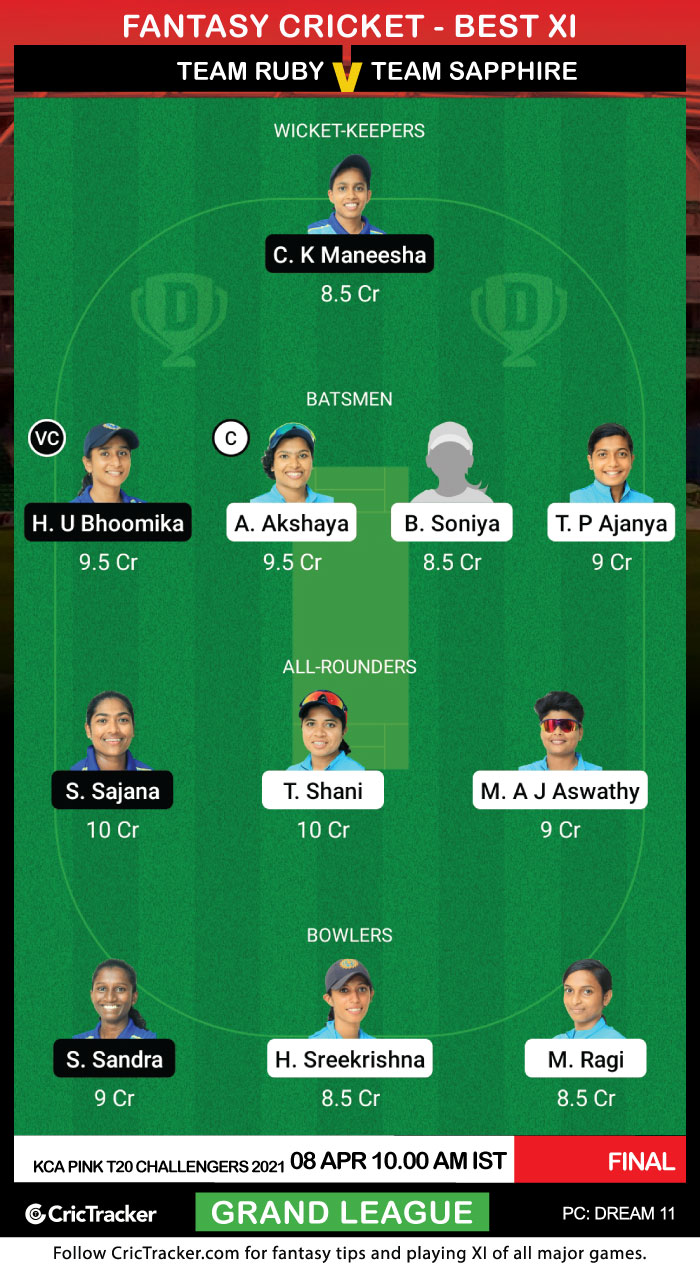