Team Amber are expected to win this match.

Team Amber have had a decent season so far, having won 3 out of the 6 matches they played and are currently placed at the 3rd spot on the points table. They will come into this match as favourites against the out-of-form Emerald side.

On the other hand, Team Emerald have won only 1 out of their 6 matches and are placed at the bottom of the points table with 2 points and a net run rate of -0.769. They fell short by 15 runs in their last match against Team Ruby. The last time when both teams meet each other, Team Amber defeated Team Emerald by 8 wickets.

The pitch here at Sanatana Dharma College Ground is pretty much a balanced wicket. The last couple of matches played here were won by the teams batting first. Hence, teams winning the toss will look to bat first and put up a big total on the board.

Jincy George has been in brilliant form with both bat and ball this season. She has scored 196 runs at an average of 49 and has also picked up 3 wickets at an economy rate of just 3.33 runs per over in the 6 matches she has played.

Aleena Surendran impressed everyone with her all-around performances in this season. She has scored 89 at an average of nearly 30 and has picked up 4 wickets as well.

Minnu Mani is the leading wicket-taker for Team Emerald in this tournament. She has picked up 8 wickets at an economy rate of just 3.91 runs per over. She has also scored 67 runs in her 6 outings.

Annena Mathew has bowled brilliantly in this season. She has picked up 7 wickets so far. Mathew is someone who can pick wickets at crucial moments for her team.

AMB vs EME Must Picks for Dream11 Fantasy Cricket: 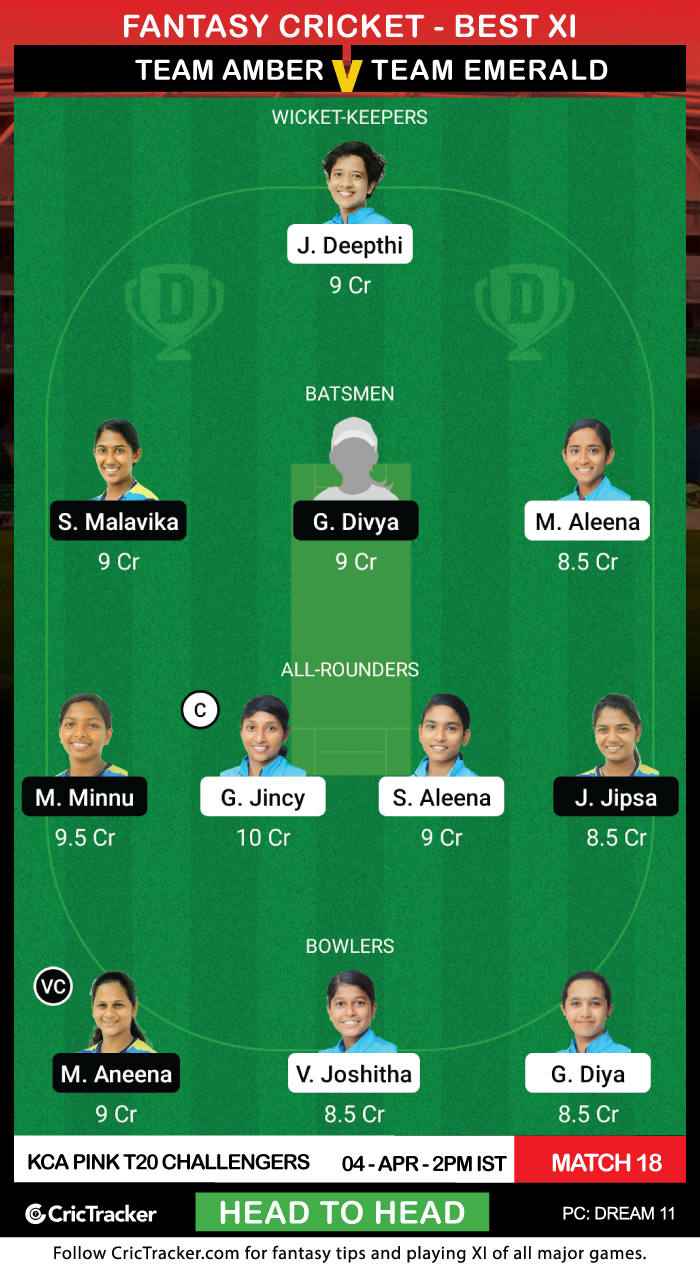 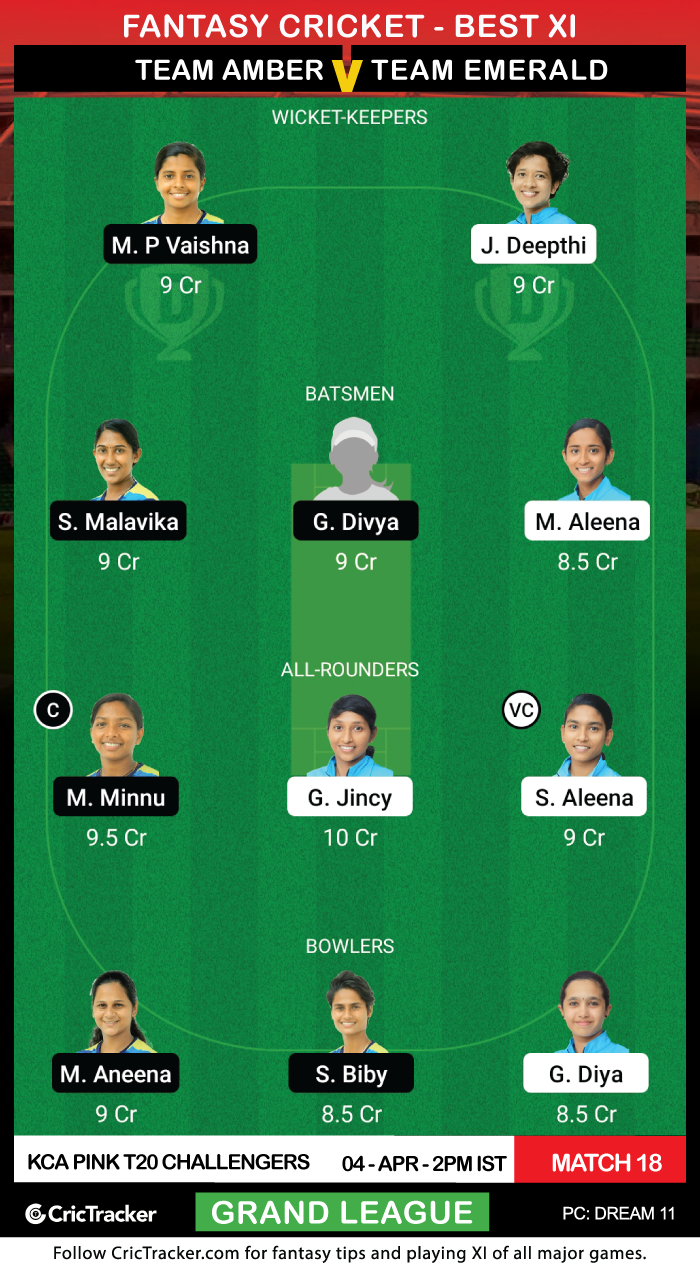 Team Amber are expected to win this match.