In the 20th match of Kerala Women’s T20, Team Ruby will lock horns with team Amber at the Sanatana Dharma college ground in Alappuzha. Team Ruby has won four of their last 5 KCA Pink T20 Challengers Matches. Both teams have already made it to the semi-finals and will be looking to continue their winning momentum ahead of the knockout. In the last head-to-head match, Team Amber defeated the Ruby team by 4 wickets.

The pitch at the Sanatana Dharma college ground favours the batters, with scores in the range of 100 being pretty common here. The track is better suited to the spinners than the pacers. 110 – 115 is a par score at this venue.

Jincy George – She is the best player in the team and has scored 200 runs in this tournament. Jincy is giving good performance with both bat and ball and is the best pick to have in your team.

MS Dhoni has something to do with the sixth sense and breeding of wicketkeepers who can captain: Jos Buttler

Shani Sasidharan is the best all-rounder from team Ruby and the second leading run-getter in the tournament so far. She has already smashed 240 runs in seven matches and has picked up 11 wickets as well.

Akshaya Sadanandan is the second-best player of Team Ruby and the third-highest run-getter in the tournament thus far. She has scored 193 runs in seven matches.

AMB vs RUB Must Picks for Dream11 Fantasy Cricket: 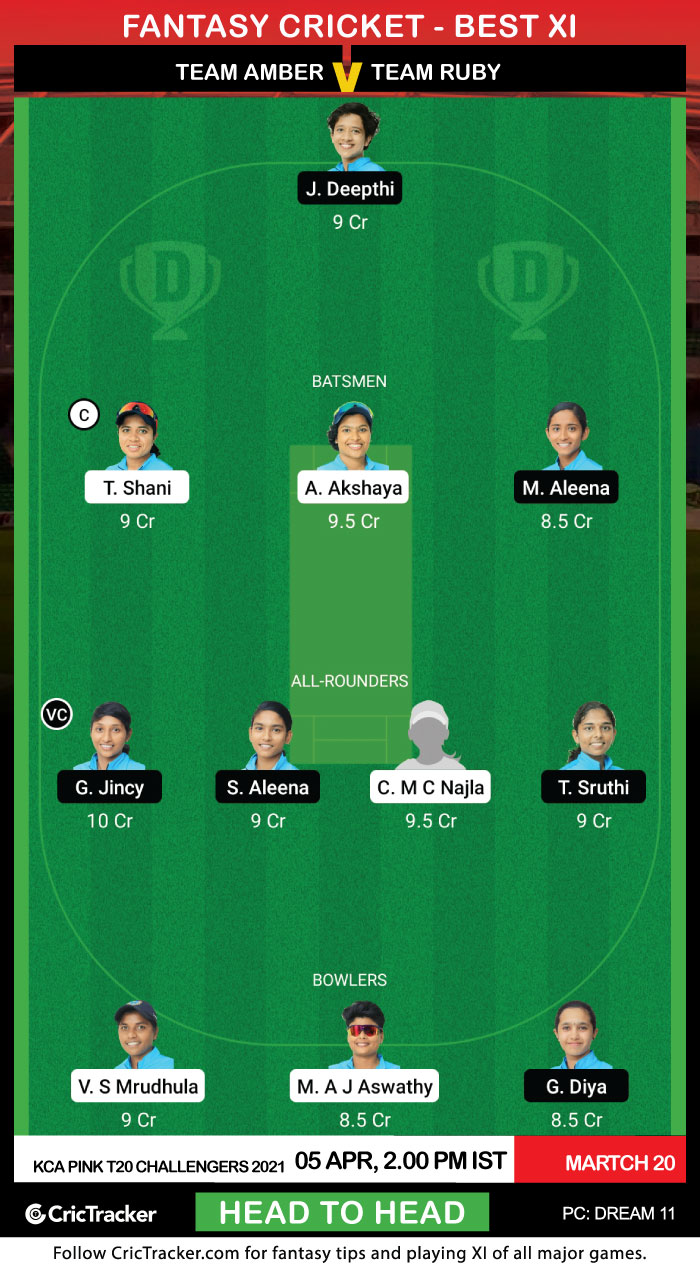 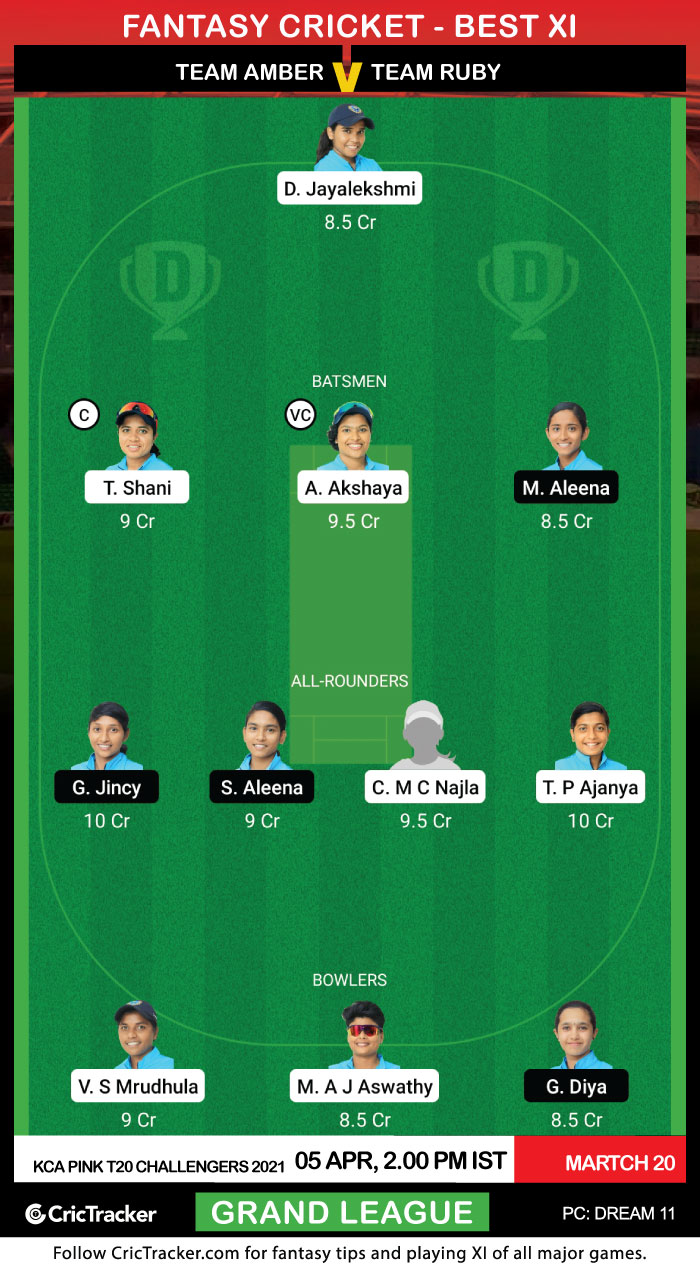