KCA Eagles are expected to win this match, so it is advisable to pick more players from their team.

The 6th match of the KCA Presidents Cup T20 2021 will be played between KCA Tigers and KCA Eagles on 8th March at Sanatana Dharma College Ground, Alappuzha, Kerala.

The match is scheduled to start at 02:00 AM IST and it will be streamed live on Fancode.

In the 5th match of the KCA Presidents Cup T20 2021, KCA Tigers will take on KCA Eagles. KCA Tigers lost their first match by a huge margin of 8 wickets, with 11 balls to spare. They will have to put their best foot forward in this game and will have to get a win as the tournament is a short one, where two consecutive defeats can prove to be fatal.

On the other hand, KCA Eagles have won their first match and would be looking to keep the winning momentum going. They are one of the best teams in the competition and would be high on confidence after their first win. The Eagles will come as favourites in the game.

Light drizzle might occur in the morning but there would be clear sky in the afternoon. The temperature would be hovering around 31 degree Celsius.

According to the last four matches, the pitch is looking balanced. Toss would be important for both teams. KCA Eagles have a good batting line-up, so they would be looking to bat first if they win. On the other hand, KCA Tigers would go for bowl first if they win.

Ajinas M was the top scorer from his side in the first match. He scored 45 runs with strike rate of 160.71 and helped his team to reach a respectable total.

Abhijit K has performed well with both bat and bowl. He scored 21 runs with strike rate of 166.16 and picked up 1 wicket by just giving 19 runs in 3 overs.

KC Akshay picked up 4 crucial wickets for KCA Eagles in the last game In 4 overs, he just gave 18 runs and picked up 4 wickets.

Ashwin Anand was the top run-getter from his team in the first match. He smashed 57 runs with strike rate of 126.66 and assisted his team to reach a good total.

Sharafudheen gave a glorious all-round performance for his team. He scored 29 runs at a strike rate of 263.63 and picked up 2 crucial wickets by just giving 13 runs in 3 overs. 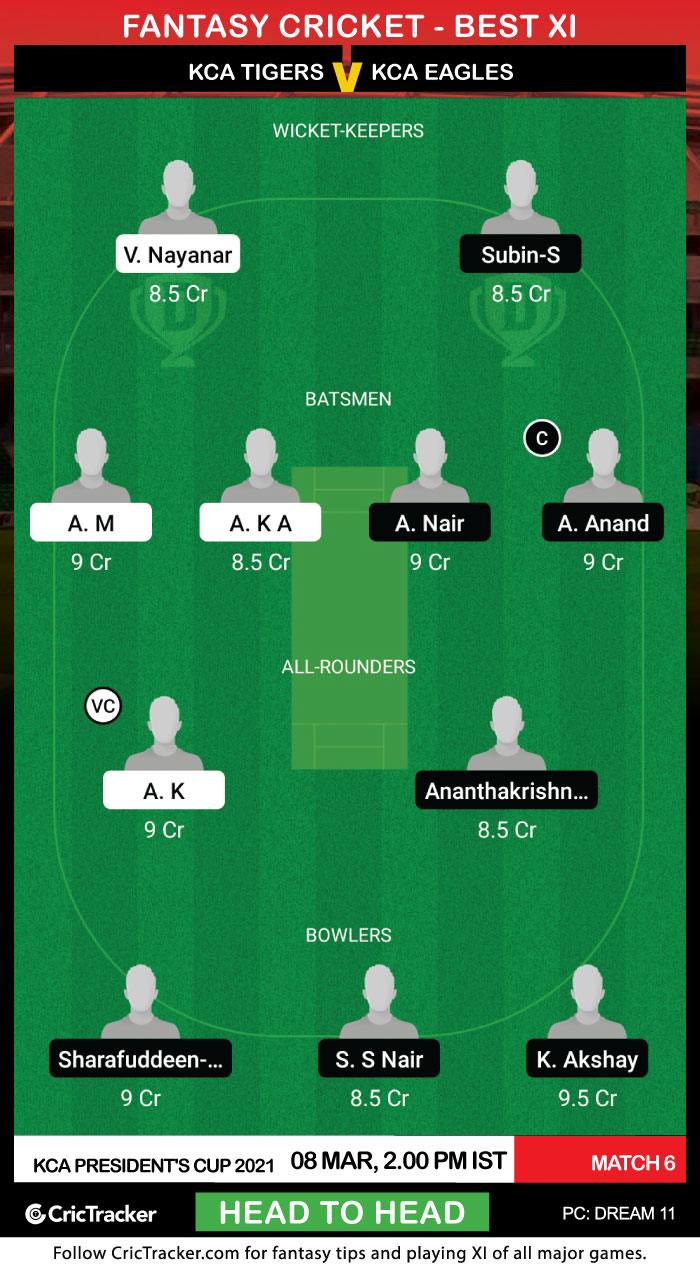 Suggested Playing XI No.2 for TIG vs EAGDream11 Fantasy Cricket: 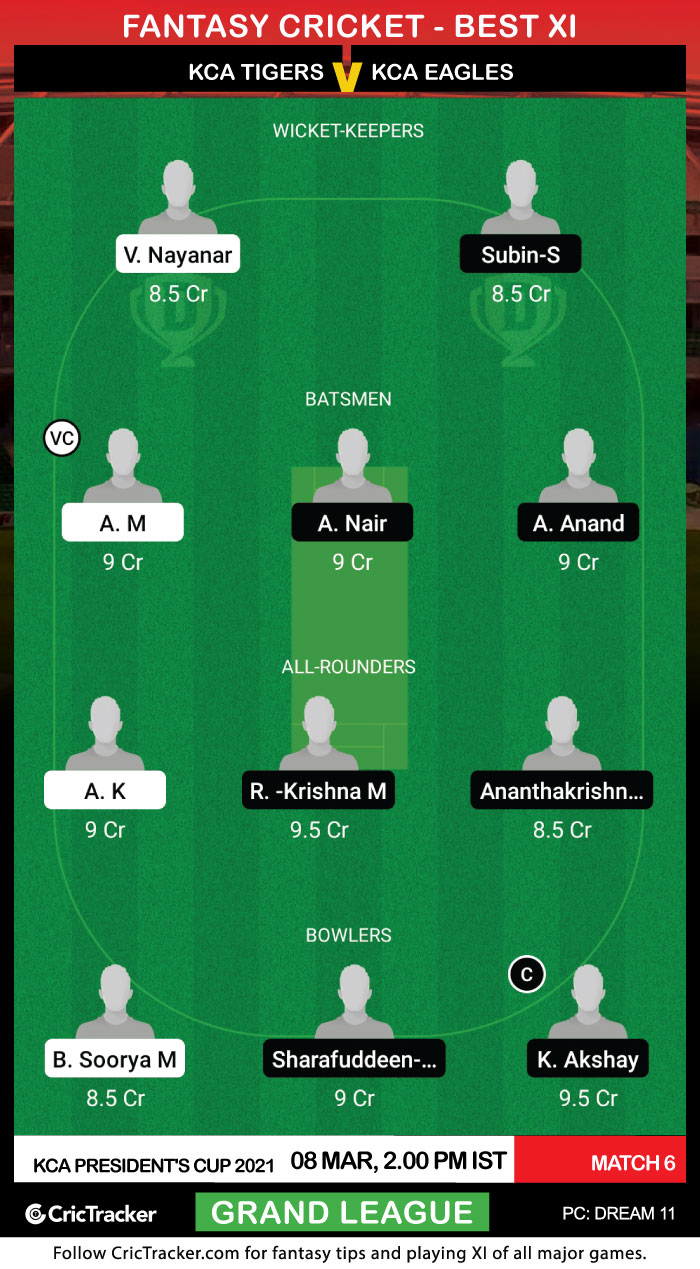 KCA Eagles are expected to win this match, so it is advisable to pick more players from their team.

KCA Eagles are expected to win this match.