It is advisable to pick Mohammed Azharuddeen and Abdul Basith in your dream 11 fantasy team.

The 22nd match of the KCA Presidents Cup T20 2021 will be played between KCA Lions and KCA Eagles on 17th March at Sanatana Dharma College Ground, Alappuzha, Kerala.

The match is scheduled to start at 02:00 PM IST and it will be streamed live on Fancode.

In the 22nd match of the KCA Presidents Cup T20 2021, KCA Lions will take on KCA Eagles. Last time when these two teams met, Lions won the match convincingly by 34 runs.

KCA Lions are at the top of the points table by winning 5 out of 7 matches and their chances of getting into the finals are almost fixed. They are high on confidence and will come as favourites in this match.

On the other hand, KCA Eagles are at the second last spot on the points table by losing 4 out of 6 matches and their chances of getting into the finals are very minimal. They have to perform really good if they want to beat Lions.

It is predicted to be a clear sky; no rain is expected. The humidity will be as high as 53 percent like always. The temperature would be expected around 31 degree Celsius.

As per the last few matches, the afternoon matches are expected to have a low scoring game. The pitch helps the bowlers a lot. It is expected that whoever wins the match would prefer to bowl first.

Mohammed Azharuddeen has played only one match for Eagles and he has smashed 69 runs on just 43 balls. He can be a good pick.

Abhishek Mohan is one of the best bowling all-rounders in the tournament. In 5 matches, he has picked up 7 wickets with decent economy rate. He has also smashed 56 runs with strike rate of nearly 200.

Abdul Basith is the top run-getter in the tournament so far. He has smashed 225 runs in 6 matches with strike rate and average of 111+ and 45+.

Gireesh P G played a magnificent knock in the last match for Tigers. He smashed 73 runs in 56 balls. He is one of the best batters from Tigers who can get you some good points.

Akshay Manohar is the one of the best batters from Lions side. He has scored 138 runs with strike rate of 111+. He is a good pick. 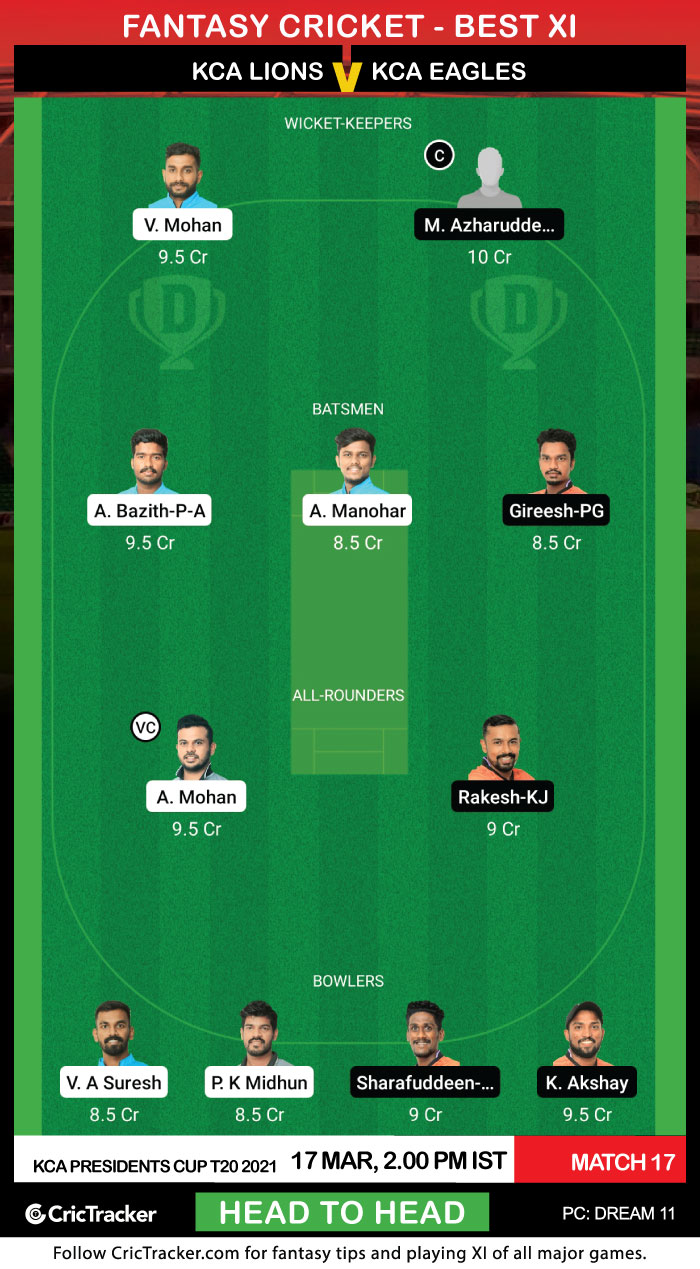 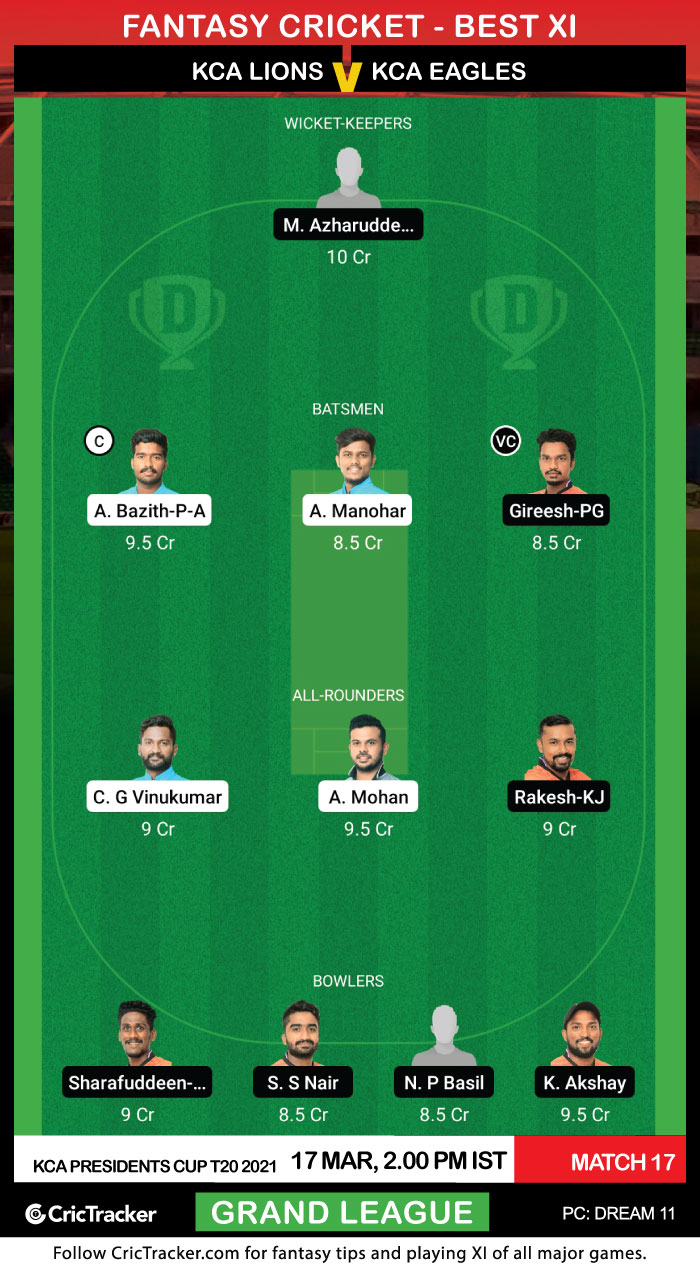 It is advisable to take Mohammed Azharuddeen and Abdul Basith in your Dream11 fantasy team. It is also advisable to pick more batters from both the side.

KCA Lions are expected to win this match.