James Vince can shine in this contest.

Kent will face off against Hampshire in the fourth match of the T20 Blast 2021 at the St Lawrence Ground in Canterbury on Wednesday (June 9).

This encounter will get underway at 11:30 PM IST, and the live streaming will be available on FanCode.

These two teams, who are slotted in the South Group, will be kick-starting their campaign in the tournament with this match. Fans can expect an exciting contest as Kent have a formidable batting line-up while Hampshire’s bowling attack comprises some prominent names. The toss will indeed play a crucial as defending scores in Canterbury hasn’t been easy.

In Mohammad Amir’s absence, the likes of Qais Ahmad and Miguel Cummins need to shine with the ball while Joe Denly and Darren Stevens have the onus to deliver in the batting department for Kent. On the other hand, James Vince and Mason Crane are the players to watch out for from the Hampshire camp.

James Vince has a plethora of experience in the T20 format, and he surely will be critical to Hampshire’s success in the tournament. Vince likes to stay at the crease for long, and his ability to launch big shots at will makes him an absolute headache for the opposition captain. Notably, he was the second-highest run-scorer in Big Bash League (BBL) 2020-21, with 537 runs in 16 outings.

Vince’s teammate Liam Dawson can also hurt Hampshire in the upcoming fixture. Coming to bat in the middle order, the dasher can take the game away from the opposition in no time. Moreover, his left-arm spins have also troubled several T20 stars. 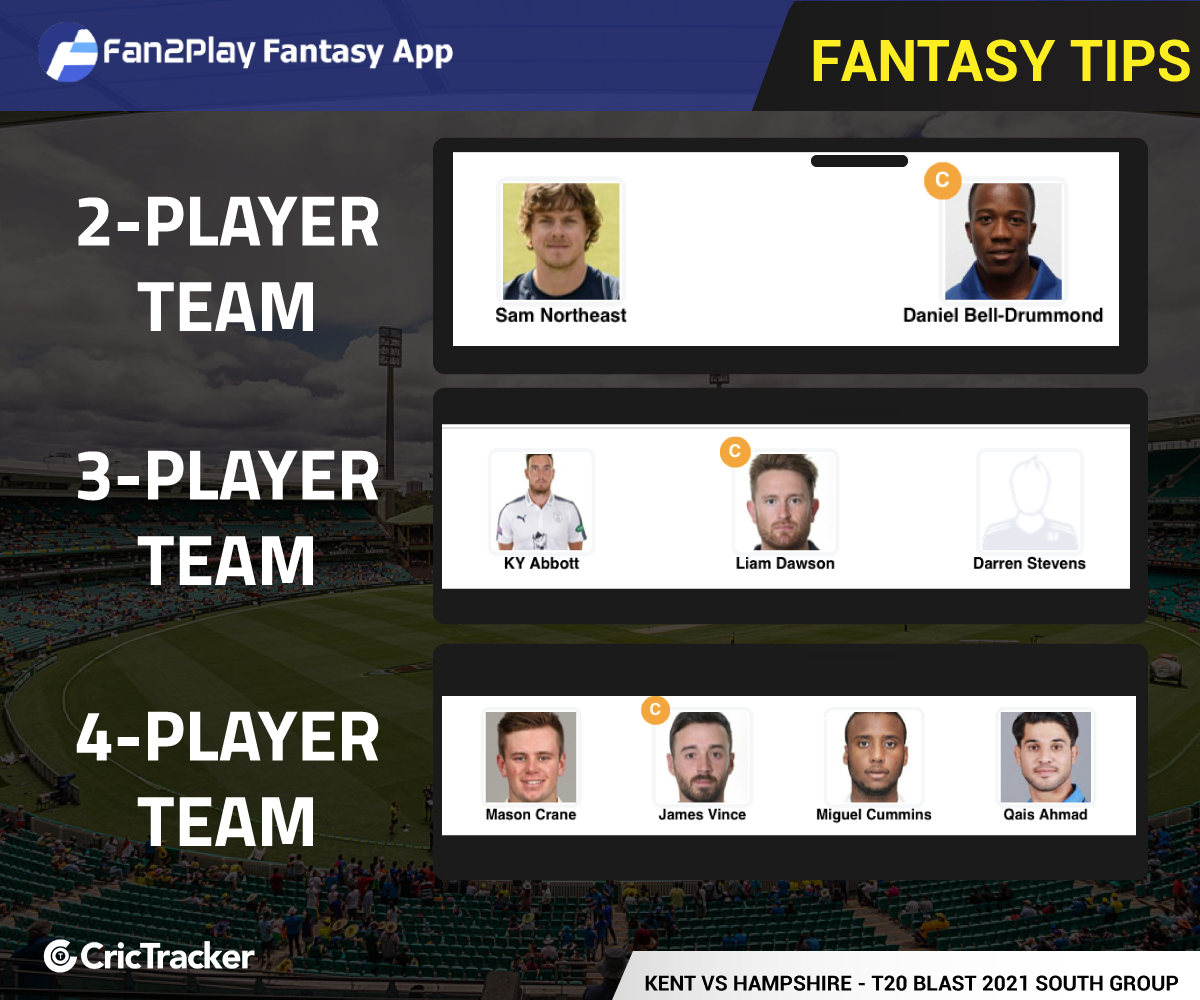 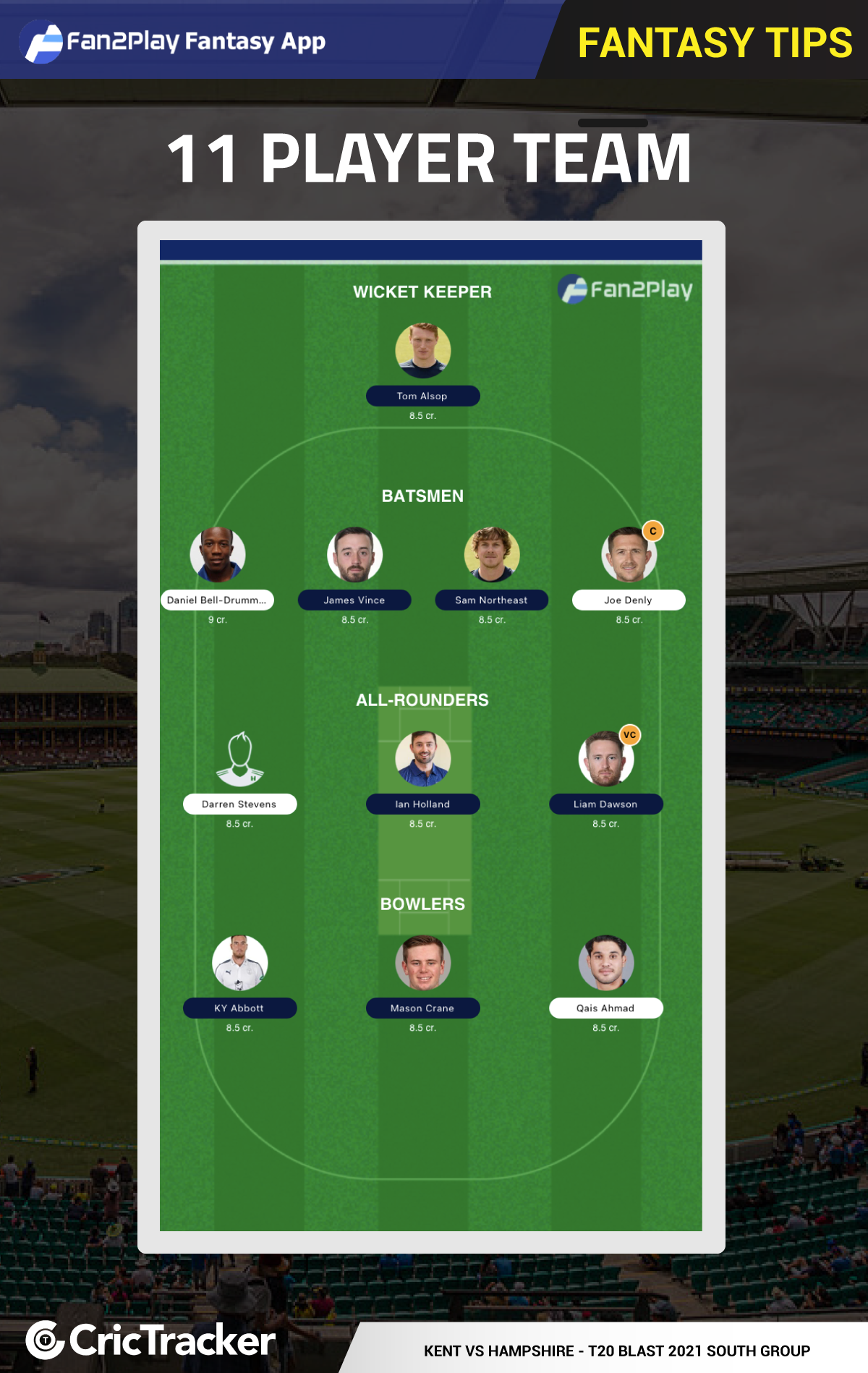