Kent and Gloucestershire will fight it out against each other in a South Group clash at the St.Lawrence Ground in Canterbury.

This match will commence at 11:00 PM IST and will be streamed on FanCode.

Kent has experienced a positive start to its campaign in the T20 Blast tournament. They have won both the matches that they have played and are currently occupying 3rd place in the points table. In their previous match, they defeated Middlesex by 16 runs.

Gloucestershire, on the other hand, went down against Sussex in their previous clash. They have won a game and lost as many, and are currently stationed at the 5th place in the points table. Gloucestershire will be looking to post a win against Kent.

Glenn Phillips was in riveting form in Gloucestershire’s clash against the Sussex side. He scored 42 at a strike rate of 155.55 and helped his side post a competitive total of 177/7 on the board. Philips is capable of taking the game away from the opposition in a jiffy.

Jack Leaning played a key role in helping Kent win their match against the Middlesex side. He scored a 42-ball 64 and provided the momentum that his side needed after they lost 4 quick wickets. 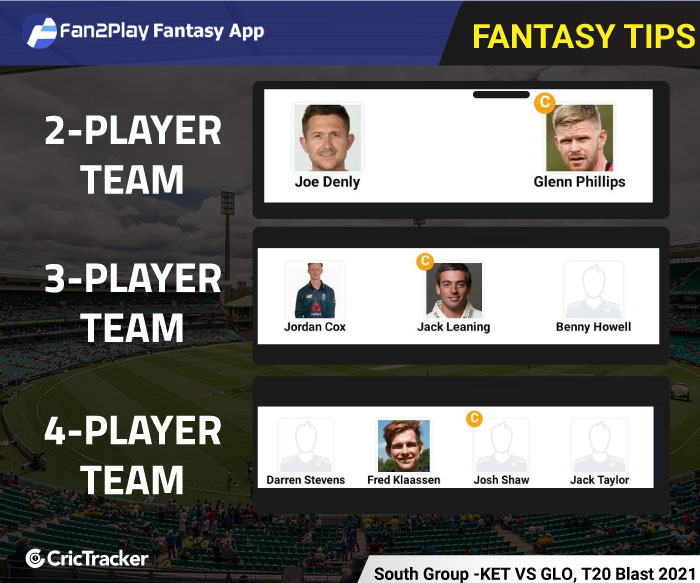 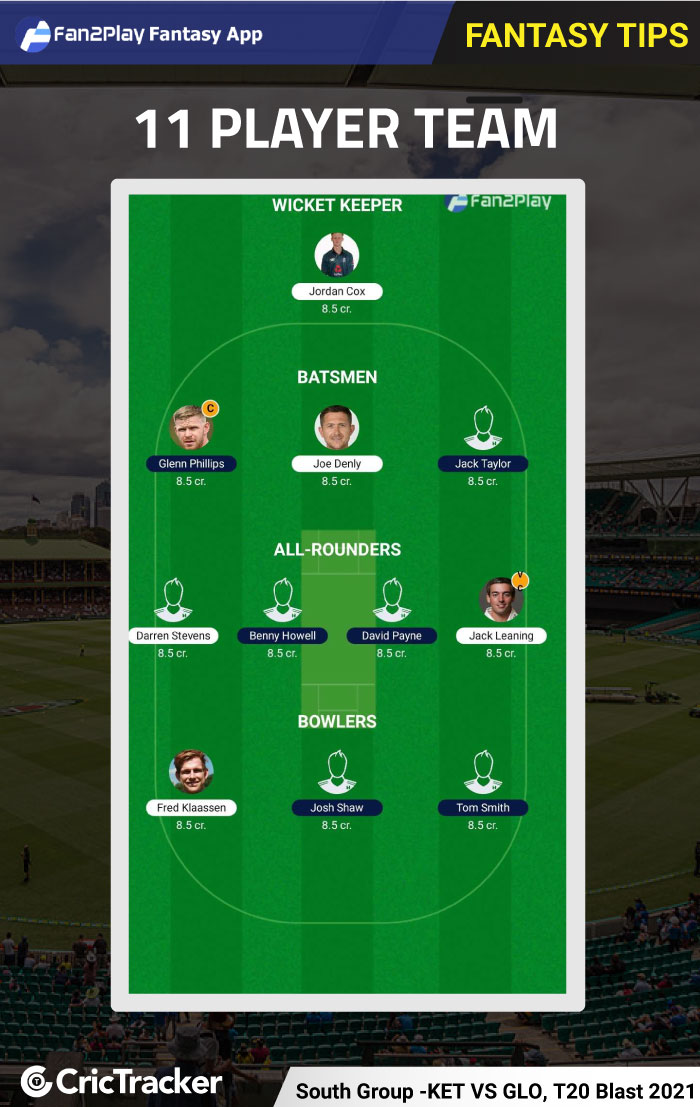