Zak Crawley is a good captaincy pick for this game.

Kent will take on Sussex in a South Group fixture in the Vitality T20 Blast tournament. This encounter will be played at the St Lawrence Ground in Canterbury.

Kent have been on a roll this season and their position in the points table narrates the entire story. Having won nine of the 13 games, Kent are currently holding onto ninth place in the league standings and would like to continue their sensational run. However, their journey going forward won’t be easy, with many of their players being unavailable due to COVID-19 concerns.

On the other hand, Sussex have also not done much wrong this season. A major part of their campaign has been affected by rain, with five games getting washed out. In eight completed games, they emerged victorious five times. Notably, they’ll head into this game on the back of a six-wicket loss against Hampshire.

Captaincy Picks for KET vs SUS:

The dashing opener has been in fine form this season and Sussex bowlers must be aware of him. Crawley likes to go after the bowlers from the outset and playing long knocks isn’t beyond his reach either.  The youngster has so far scored 307 runs in eight games with his strike rate touching 160. He would certainly like to continue his winning run.

Rashid Khan is another player to watch out for in this contest. The Afghanistan star is arguably the best T20 bowler going around and not many batsmen can take him on. Alongside keeping the scoring rate down,  Rashid also tends to pick wickets regularly. Not to forget, he can also contribute with the bat in hand. 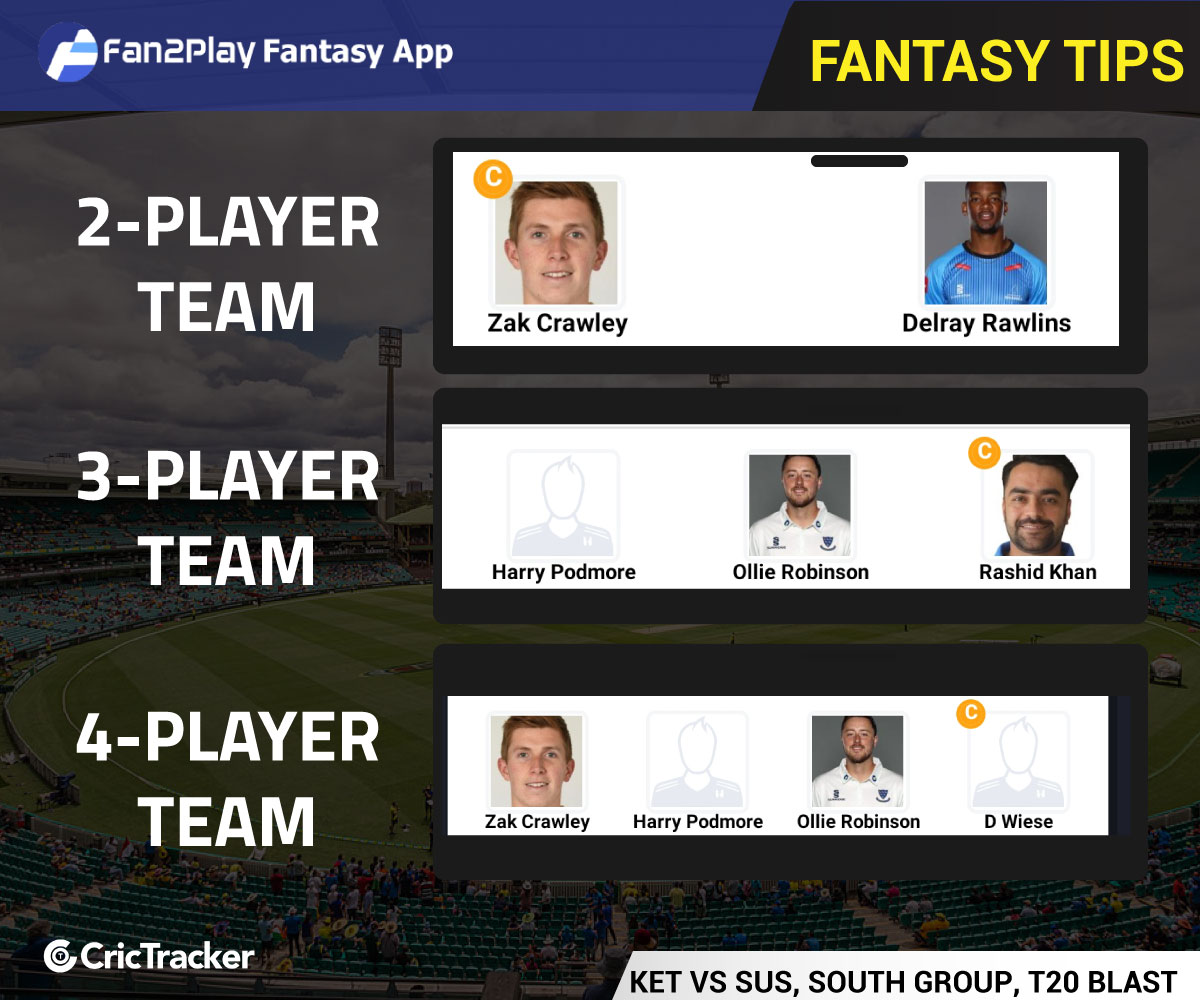 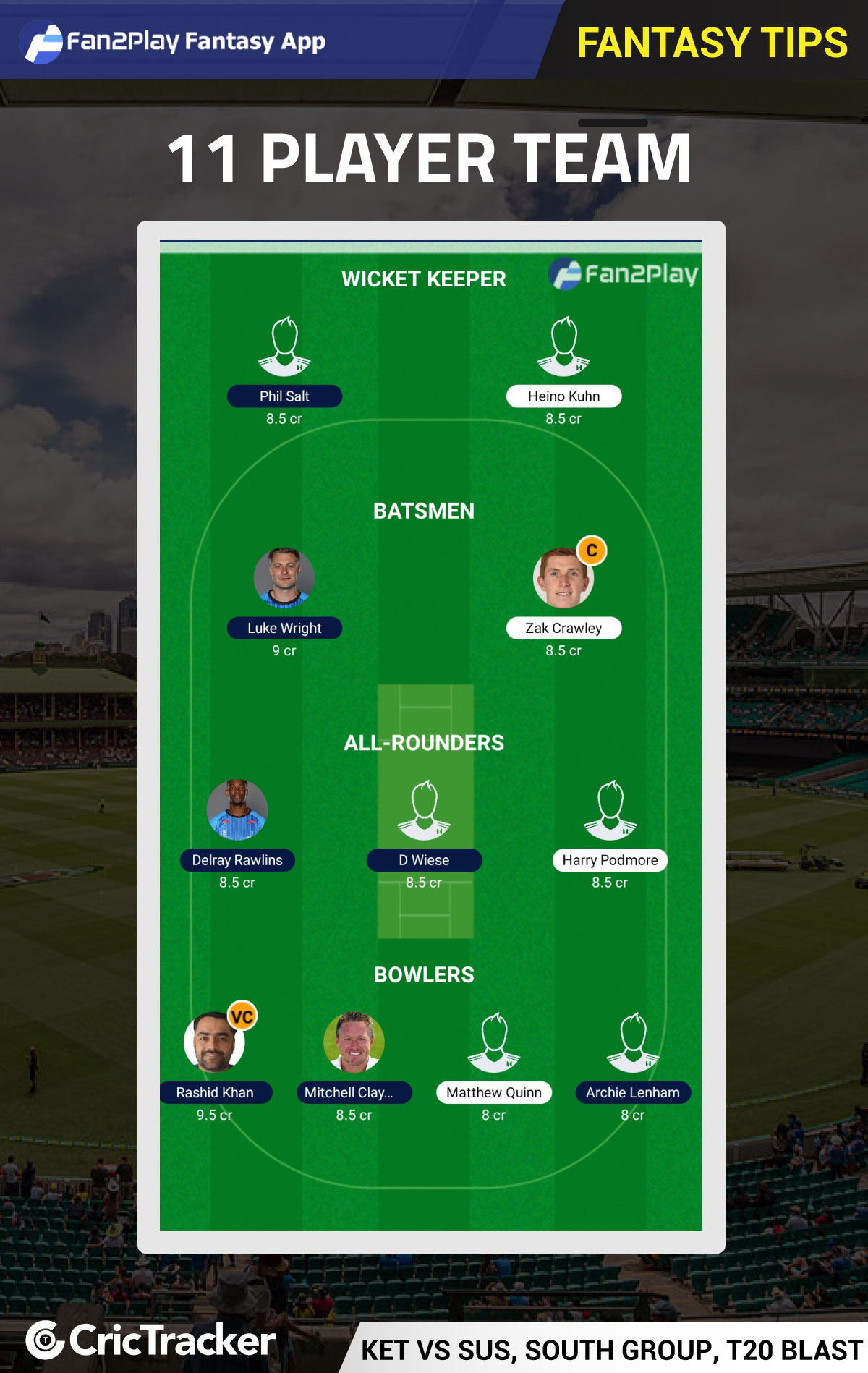