Alick Athanaze is the best captaincy option for this match.

The 13th match of the Spice Isle T10 League 2021 will be played between Cinnamon Pacers and Clove Challengers at National Cricket Stadium, St George’s, Grenada.

This match will start at 7 PM IST and the live streaming will be done on Fancode.

The 13th match of the ongoing Spice Isle T10 league in West Indies will see the Clove Challengers take on Cinnamon Pacers. The Challengers are at the fifth position after playing four matches having won two out of them. The Pacers, on the other hand, are at the second place with three wins from five matches. This should be an interesting game of cricket given the standings of both the sides in the tournament currently.

Alick Athanaze is arugablt the best batsman of the tournament. He has scored 228 runs so far in four innings with two half-centuries which also include a knock of 78 runs.

Kenroy Peters has scored only 20 runs with the bat. However, his contribution with the ball has been great having picked six wickets including a three-wicket haul in the last game. 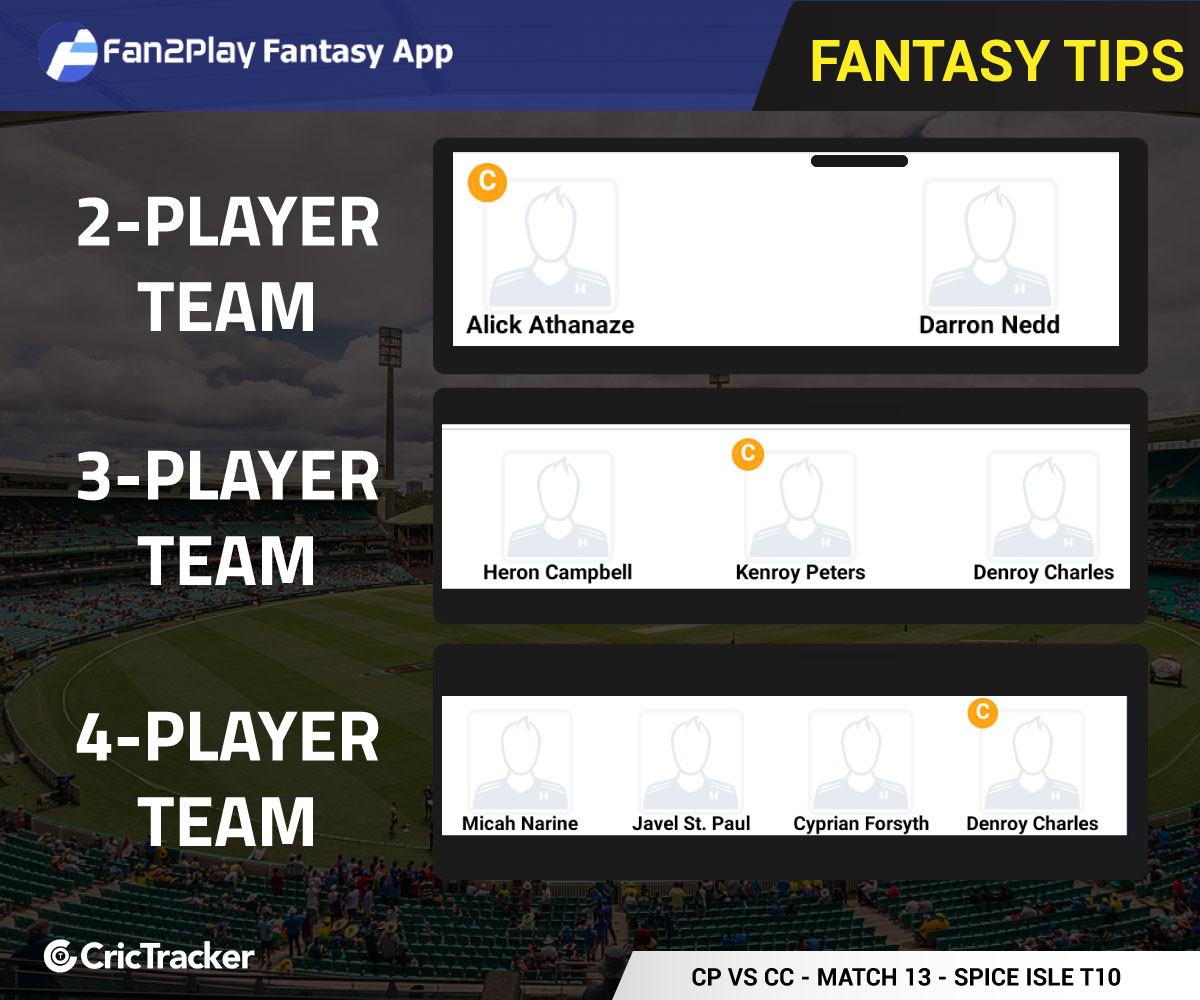 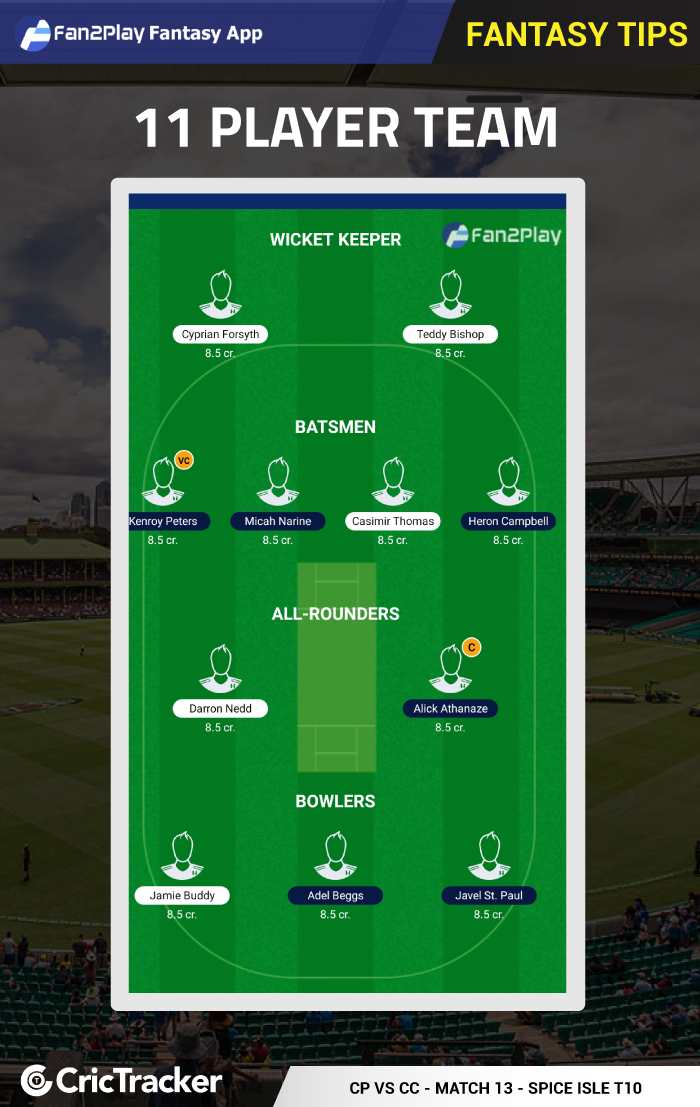