Andre Fletcher has made two half-centuries in the tournament.

Khulna Tigers will meet Sylhet Sunrisers in the 22nd match of the Bangladesh Cricket League on Monday. They both played the first leg of the tournament on February 3 and the Tigers won that match by nine wickets. Overall, the Tigers have won three out of their six matches and are there in the fourth position in the points table.

The Sunrisers have not been able to see the lights properly and have lost four out of the six matches. They are in the last position in the points table with three points across their name.

The pitch has been really supportive to both the batters and the bowlers in the past. It is likely to maintain the same reputation in this game as well.

Also Read: 5 Indian Players who have set their base price too high in mega auction

Andre Fletcher has made 206 runs in six matches at an average of 51.5 and a strike rate of 132.9. He has made two half-centuries in the tournament. 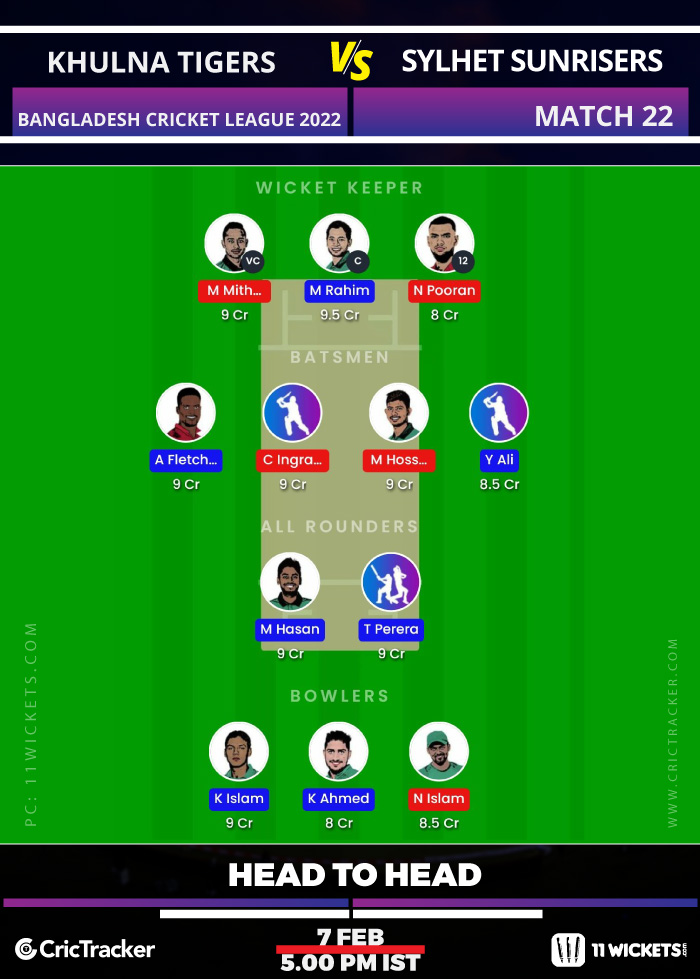 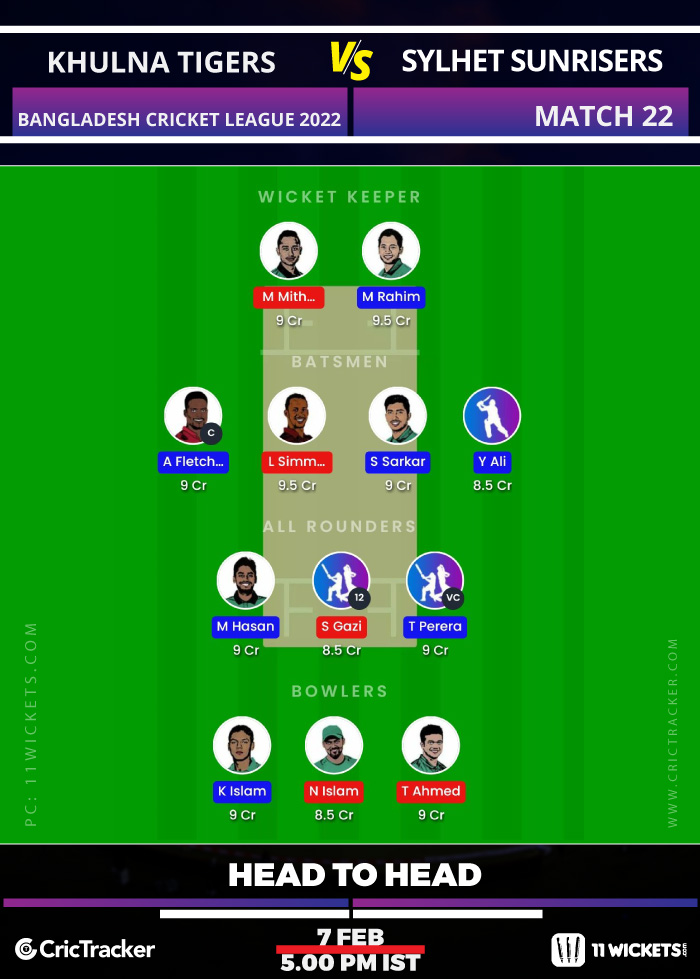