The 13th match of the Prime Minister Cup 2021 will be played between Province Number 1 and Karnali Province at the Tribhuvan University International Cricket Ground in Kirtipur.

The start Province Number 1 have got themselves to in the 2021 Prime Minister Cup campaign is something they would have dreamt of in their worst nightmares. They have lost all of their first three games and find themselves in a lot of trouble.

Their opposition, Karnali Province had a horrendous start to their campaign as well, as they were thrashed by Tribhuwan Army Club in their first match. However, they made a swift comeback in just their next game as they defeated Gandaki Province. Hence, Karnali Province are the obvious favourites to win this match.

There are chances of scattered rain overnight, but it will be bright and sunny in the morning. The temperature will be around 8 °C.

The track here at the Mulpani Cricket Ground will help the bowlers more than the batsmen. That being said, the batsmen are expected to have it slightly easier in the first innings than the second.

Himanshu Shahi is currently the leading run-scorer for Karnali Province. He has scored 71 runs at a strike rate of over 90.

Rabindra Shahi has done an all-round job for Karnali Province. He has scored 35 runs and has also scalped a couple of wickets.

Like Shahi, Diwan Babu Pun also has had an all-round influence for Karnali Province. He has picked up 4 wickets and has scored 17 runs.

Dinesh Adhikari has been in phenomenal form with the ball for Karnali Province. He has picked up 5 wickets.

For Province Number 1, Bibek Mehta will have to play a big knock. He has scored 55 runs at an average of almost 30. 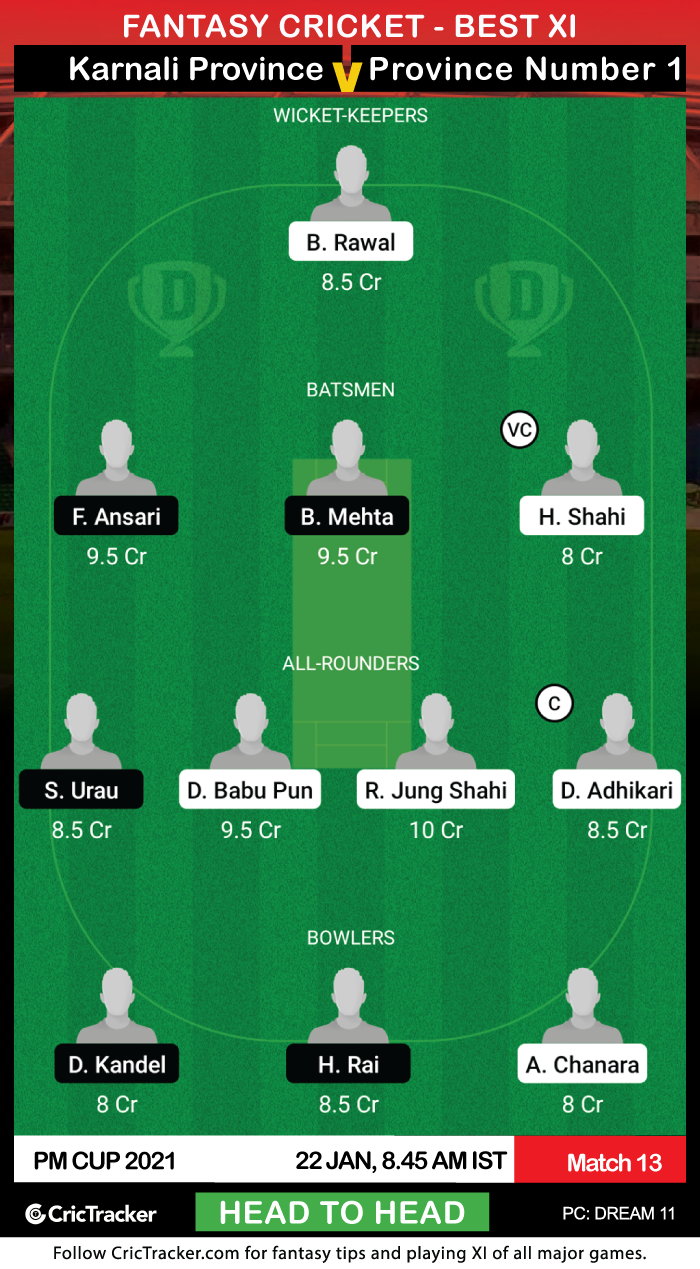 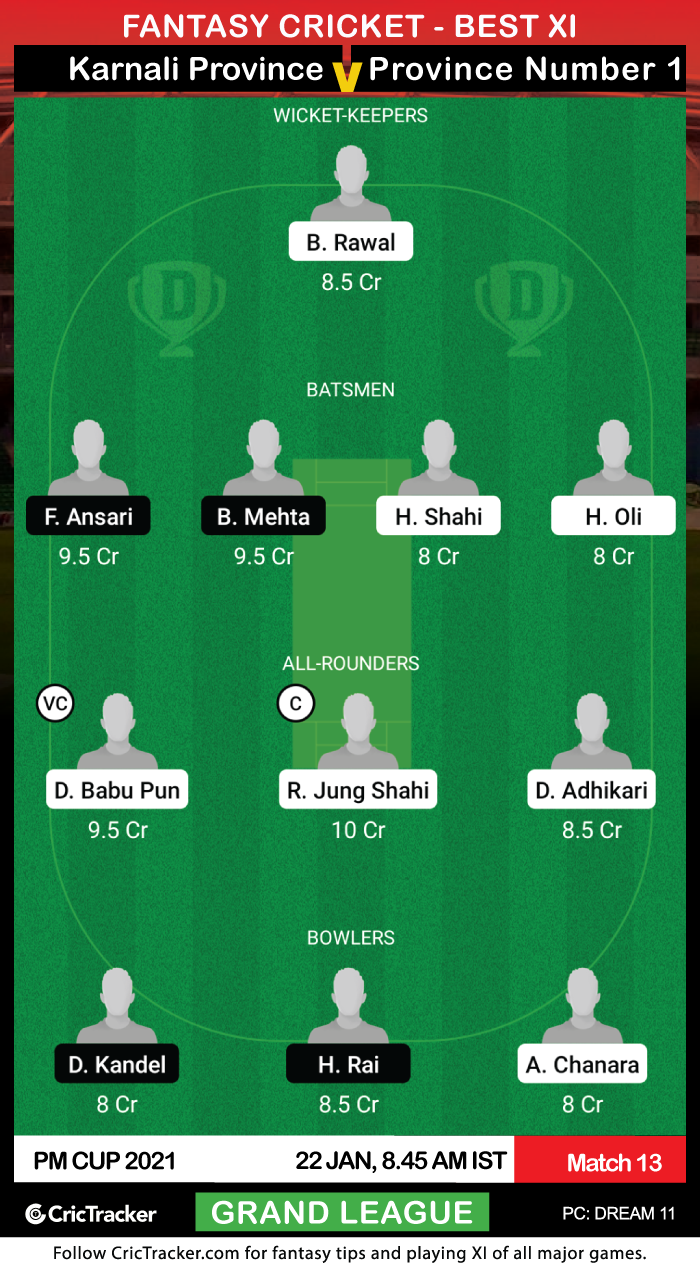 Karnali Province are expected to win this match.