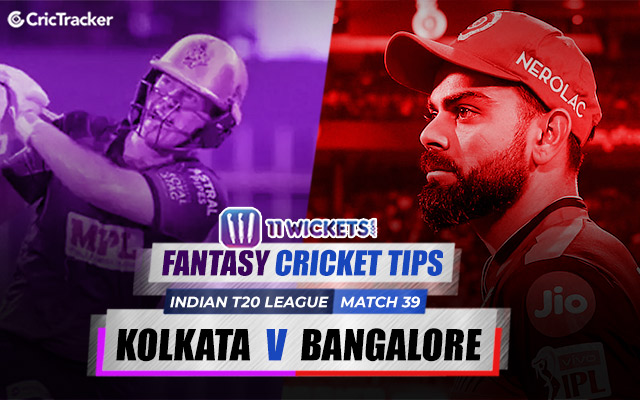 The 39th match of the Indian T20 League 2020 will be played between Kolkata and Bangalore at the Sheikh Zayed Stadium in Abu Dhabi.

With the tournament progressing towards the playoffs and the league stages coming to a wrap, there are several changes expected in the points table and, each match at this point holds more importance than ever. And, who better to understand this fact than the two teams playing in this match, Kolkata and Bangalore, both of whom are still in the race of making it to the top 4 at the end of the league stage.

Coming into this match, Kolkata are placed at the 4th spot in the points table, thanks to their 5 wins in the 9 matches. And, their opponents in this match are placed right above them at the third position, with 6 wins in 9 matches, fetching them a total of 12 points. So, it would be safe to say that both these teams are equally matched at this moment.

The weather in Dubai on Wednesday will be clear and the chances of rainfall are zero. The temperature will be hovering around the 28 to 30 degree Celsius mark.

What started off as pitches in the UAE that supported the teams batting first, making it the first choice for the captains winning the toss, are getting slower match by match. These pitches have become more of chasing friendly now and will be expected to be more helpful for the batsmen batting in the second innings of the match.

Shubman Gill (8.5 credits) – Shubman Gill has also featured in 9 matches for his team and has 311 runs to his name while maintaining an excellent average of 38.87.

Isuru Udana (8.5 credits) – Isuru Udana has 7 wickets to his name in 7 matches in this season of the T20 League while playing for his team. 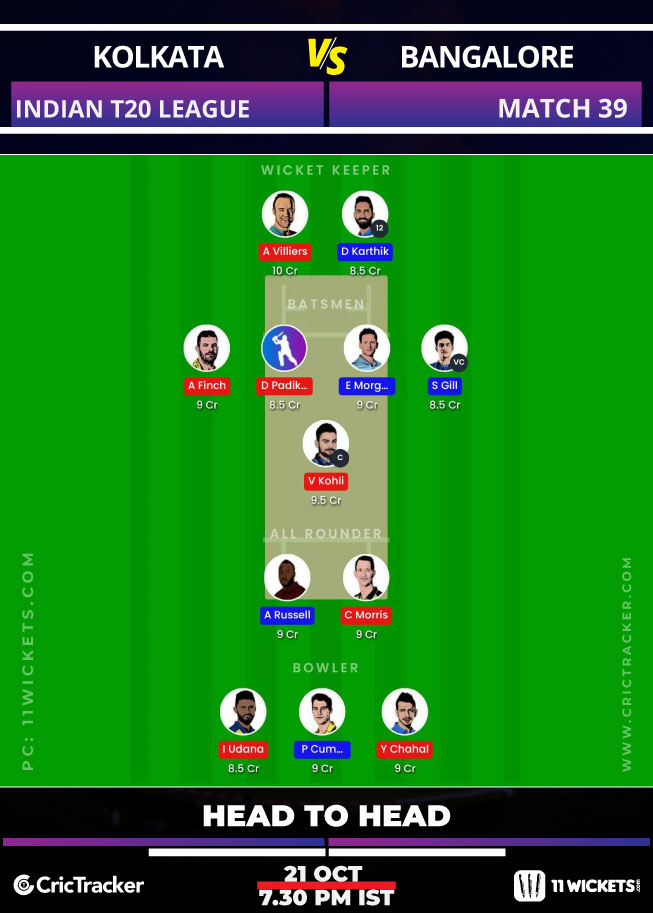 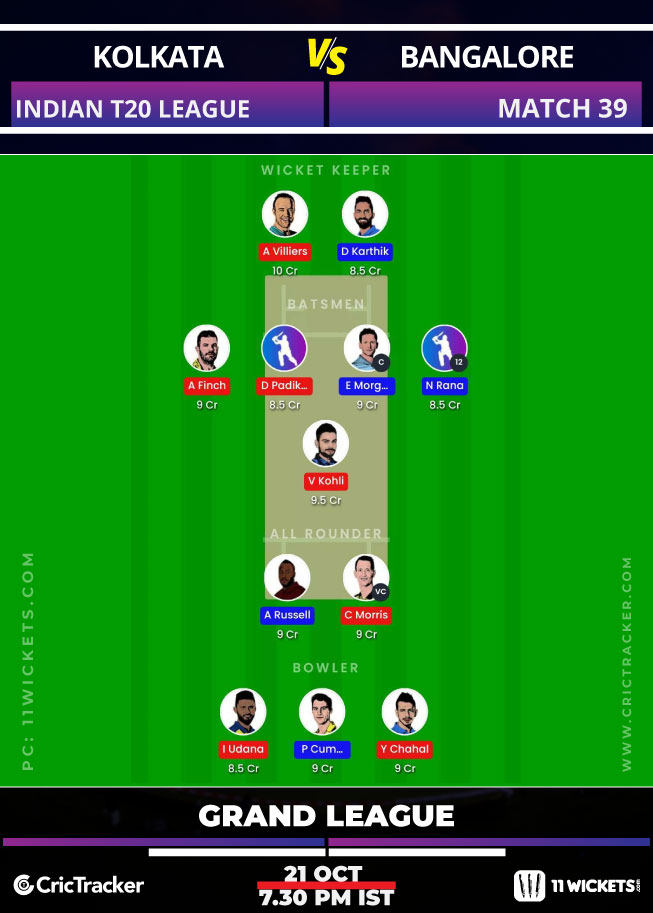 Given the form that the batsmen of these teams are in, you can not go wrong by picking as many as 5 batsmen in your fantasy team. The pitch at the ground will favour them too, so it is inevitable that these players provide decent returns on the investments you make on them.