Kandy Tuskers are expected to get off the mark by beating Galle Gladiators. 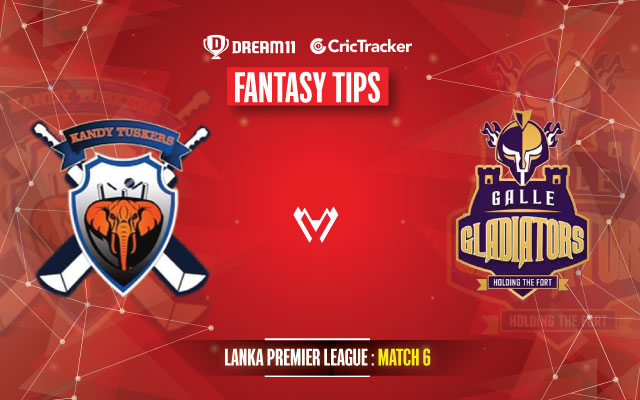 The 6th match of the Lanka Premier League 2020 will be played between the Kandy Tuskers and the Galle Gladiators at the Mahinda Rajapaksa International Stadium, in Hambantota.

This match is scheduled to start at 08:00 PM Local Time and IST. The game will be telecasted on Sony Six.

After having rough starts to their respective campaigns in this season of the Lanka Premier League, Kandy Tuskers and Galle Gladiators will be facing off against each other tomorrow. They will be searching for their first win in the 6th match of the tournament.

Galle Gladiators and Kandy Tuskers both lost their first two games of the tournament and are placed at the bottom of the points table at the moment. The only positive is for Kandy Tuskers is that their Net Run Rate is better than their opponent’s. They will be out on a hunt for a win and it will be interesting to see which team gets their first win in this tournament.

The weather in Hambantota on the day of the match is not ideal for an uninterrupted game of cricket as the chances of rainfall are as high as 70 per cent. The temperature is expected to be around the 26 degree Celsius mark.

The pitch at this venue has been unforgiving for the bowlers in this tournament and is expected to exhibit the same behaviour in this game too. The ideal choice for the captain winning the toss will be to bat first.

197 (Last 2 completed matches of the tournament)

Rahmanullah Gurbaz is the third-highest run-getter of the tournament at the moment, having scored 83 runs in 2 matches at an average of 41.50.

Asela Gunaratne has delivered good performances with both the bat and the ball in hand. He has scored 36 runs and has taken 3 wickets, placing him at the 3rd spot in the wicket-takers’ list.

Shahid Afridi made a stunning announcement of his arrival in this tournament. He has scored 70 runs in 2 matches and is looking to be in good touch with the bat in hand.

Danushka Gunathilaka is also looking to be in good touch with the bat in hand, having scored 68 runs in 2 matches at a strike rate of 151.11 and an average of 68.00. 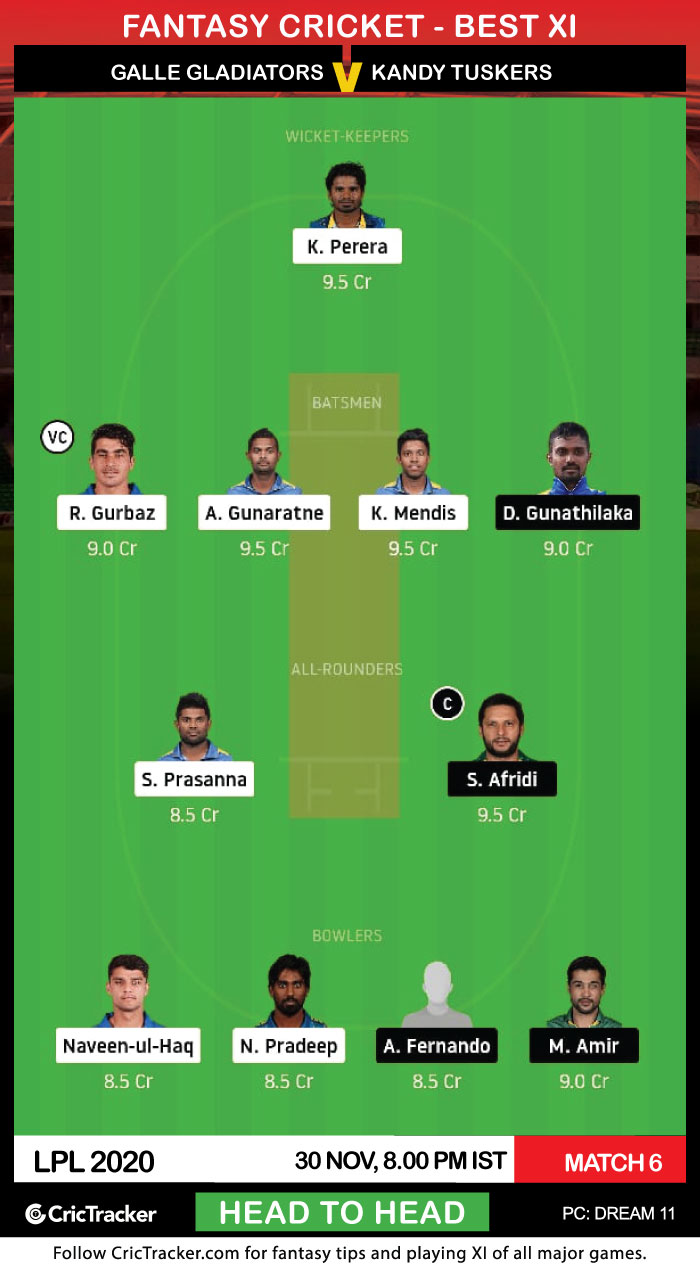 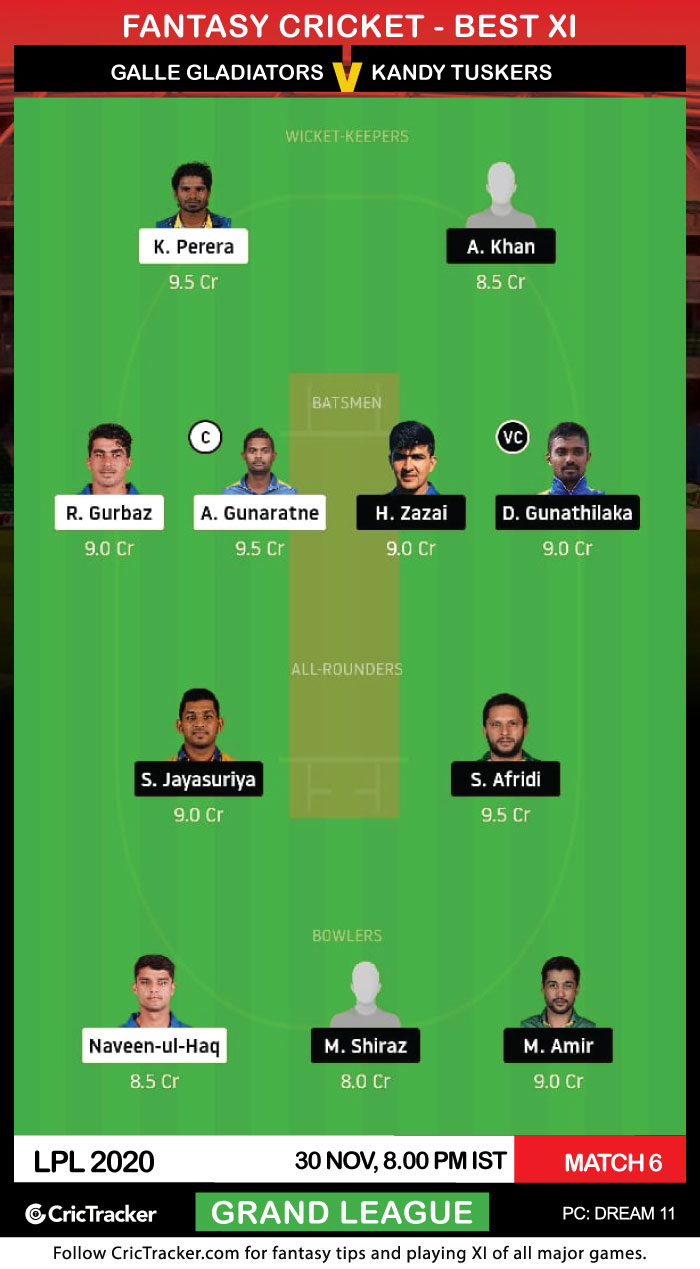 While making your fantasy team for this game, it would be advisable to include as many as 4 batters in your team, as the pitch favours the batsmen.

Kandy Tuskers are expected to win this match.