In the 11 matches he has played so far in this tournament, Cameron Bancroft has managed to score 226 runs at an average of 29.55.

Lancashire will face Durham in this North Group match in the Vitality T20 Blast tournament. This match will take place at the Emirates Old Trafford in Manchester on Friday (July 16).

This match will be played at Emirates Old Trafford in Manchester, which is the home ground of the Lancashire team. Taking a glance at the standings will tell you why the Lancashire team is the favourite to win this contest. Despite being just a place below Lancashire, Durham will have their work cut out in this match.

Captaincy Picks for LAN vs DUR:

In the 11 matches he has played so far in this tournament, Cameron Bancroft has managed to score 226 runs at an average of 29.55. He is an important player in the Durham team and is also the captain of this side. His runs will be crucial for Durham in this important contest.

The left-handed batter is probably one of the most consistent batters you will see in the county circuit. He has been in superb form with the bat in T20 Blast so far. Jennings has scored 240 runs from six matches so far. He has the highest score of 88. 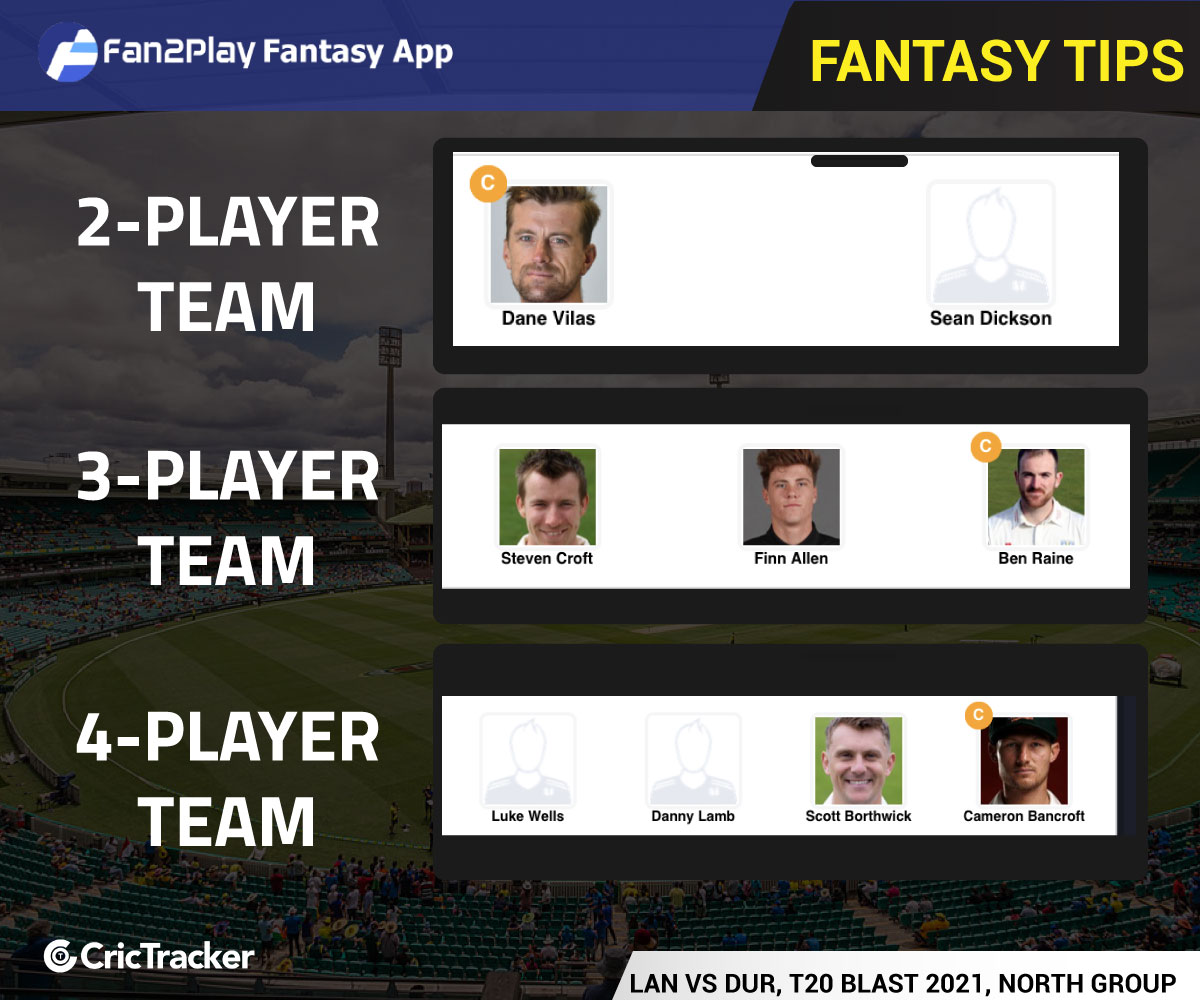 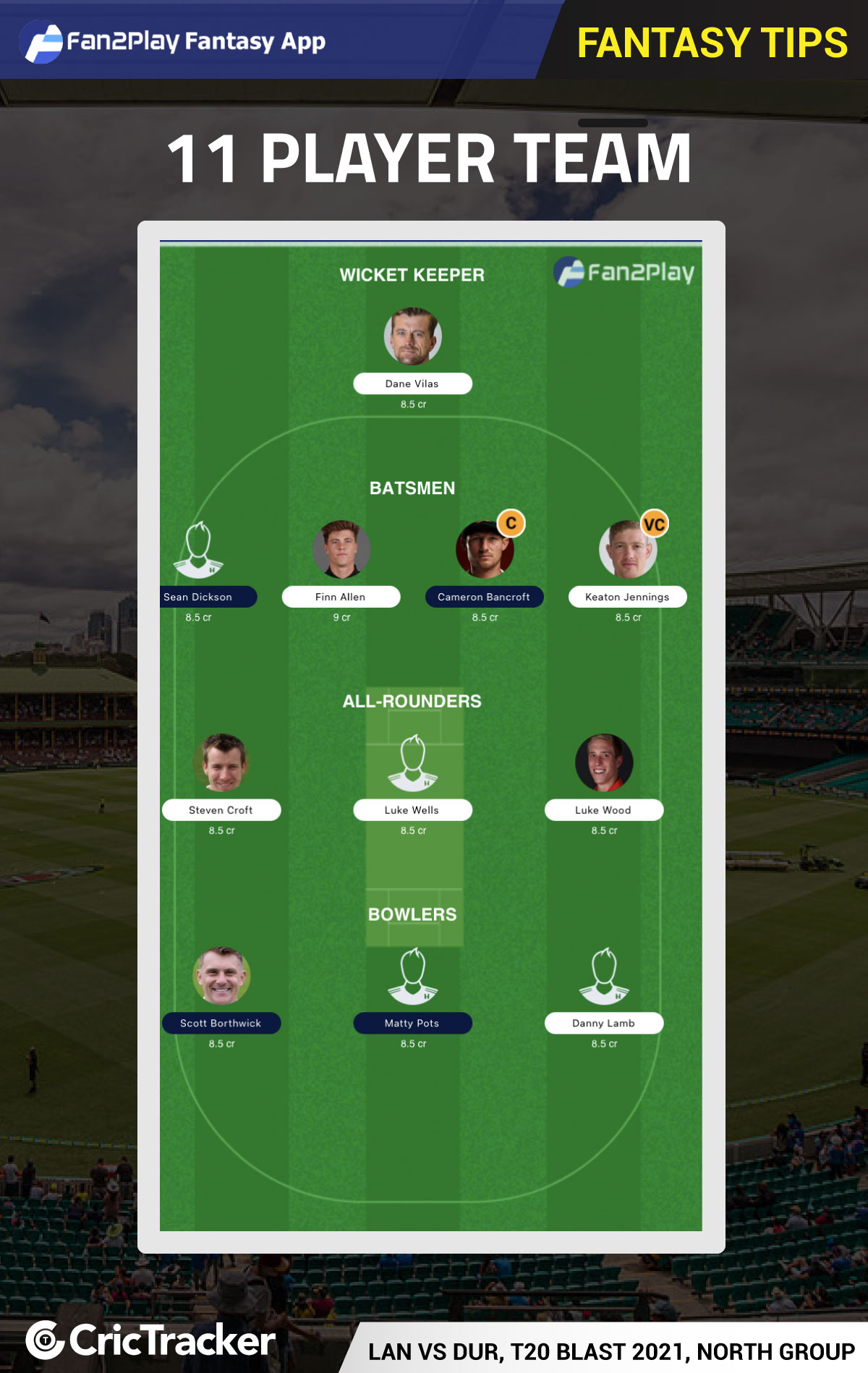