Finn Allen is a good captaincy option for this match.

Lancashire will take on Yorkshire in a North Group clash in the Vitality T20 Blast tournament. This match will be held in the city of Manchester.

Both Yorkshire, as well as Lancashire, have had good runs in the Vitality T20 Blast tournament. The Yorkshire side is currently placed at 2nd place in the points table and has won 7 out of its 12 matches in the tournament. They were beaten by the Nottinghamshire side in their previous match.

Lancashire is stationed at 3rd place in the table. They have emerged victorious in 6 out of their 13 matches in the tournament. In their previous clash against the Durham side, they won by 6 runs.

Captaincy Picks for LAN vs YOR

Finn Allen was in rollicking form in Lancashire’s clash against the Durham side. He scored a whirlwind 66 at a strike rate of 235.71 and helped his side beat Durham in a high-scoring encounter. Allen is an asset for his side at the top of the order.

Jordan Thompson showcased his batting skills in Yorkshire’s battle against the Nottinghamshire side. In a 19-ball knock, he scored 28 at a strike rate of close to 150. Thompson will play a crucial role for his side with the willow in hand. Apart from that, he is an extremely handy bowler as well. 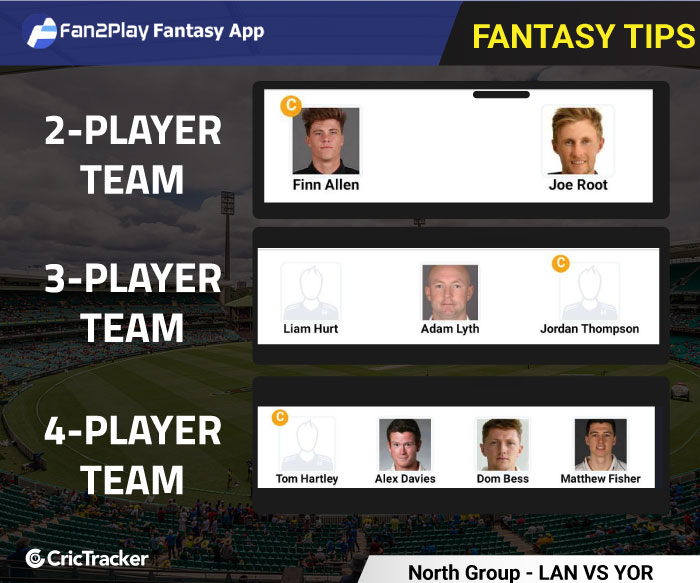 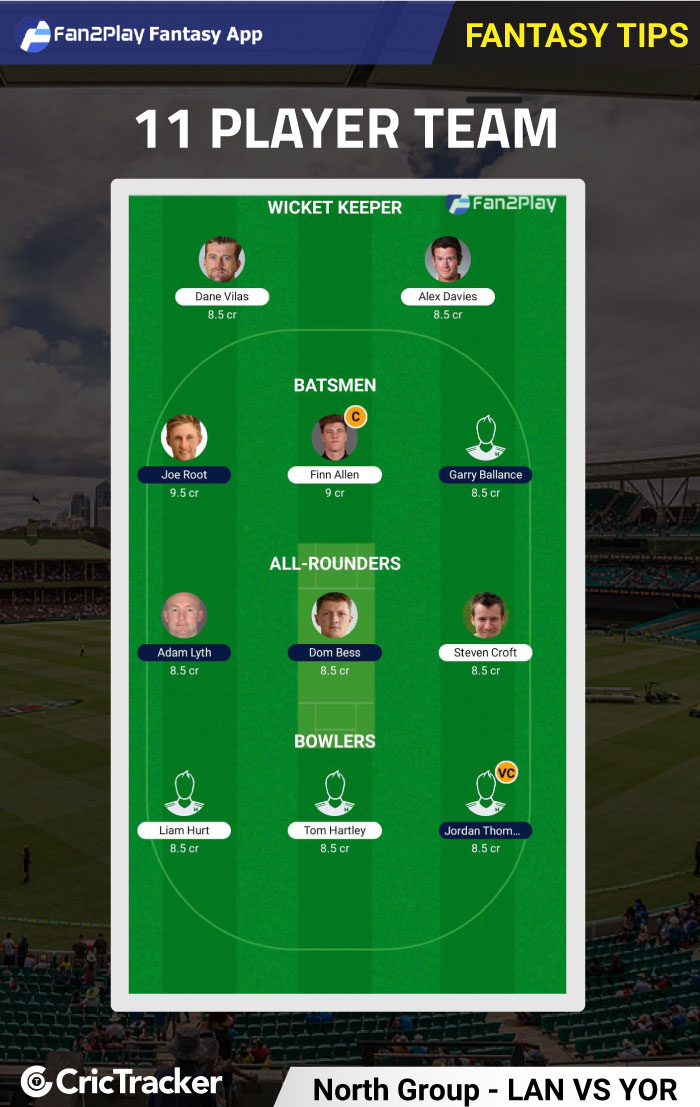