After MI vs RCB game, Mumbai Indians continue to keep their top position in the points tally. 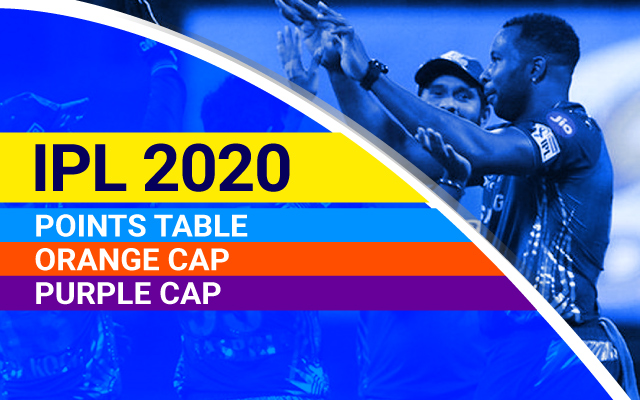 The 48th match of the Indian Premier League (IPL) witnessed action between Royal Challengers Bangalore (RCB) and Mumbai Indians (MI). Both the giants tried best to strengthen their position in the playoffs qualification. Mumbai Indians scripted the night on their name winning the match by five wickets. Batting first, RCB posted a respectable 164/6 on the board where young Devdutt Padikkal once again impressed people with his terrific strokes. He played a tremendous knock of 74 off 45.

Suryakumar Yadav was named as the player of the match to take the team home with his magnificent innings. He played an unbeaten knock of 79 off 43. Joshua Phillipe added essential 33 off 24 from his end to strengthen RCB’s opening stand. Ace pacer Jasprit Bumrah has been troubling batsmen big time in IPL 2020, and this game was no different. He knocked down three batsmen while conceding just 14 runs.

Hunting down the target, MI got comfortable as the decent opening stand was set up by Ishan Kishan and De Kock. However, Suryakumar Yadav got too dangerous as he played some magnificent shots all over the ground. Washington Sundar was the most economical bowler from RCB’s bowling unit. Mohammed Siraj and Yuzvendra Chahal grabbed two wickets each to help RCB.

After MI vs RCB game, Mumbai Indians continue to keep their top position in the points tally. Next on the list are Kohli’s Royal Challengers Bangalore at 2nd spot. Delhi Capitals have moved to the third position while KXIP have jumped to the fourth slot. The playoffs race is still on for seven teams in IPL 2020.

KL Rahul keeps possession of the Orange Cap, with 595 runs in his bag. He is followed by Delhi’s star batsman Shikhar Dhawan who has amassed 471 runs. 3rd and 4th slots are held by David Warner and Virat Kohli in the race for Orange Cap. The purple cap keeps shining on Kagiso Rabada’s head with 23 wickets under his belt so far. Mohammed Shami and Jasprit Bumrah have 20 wickets each under their belt while Yuzvendra Chahal has 18 wickets to his name. 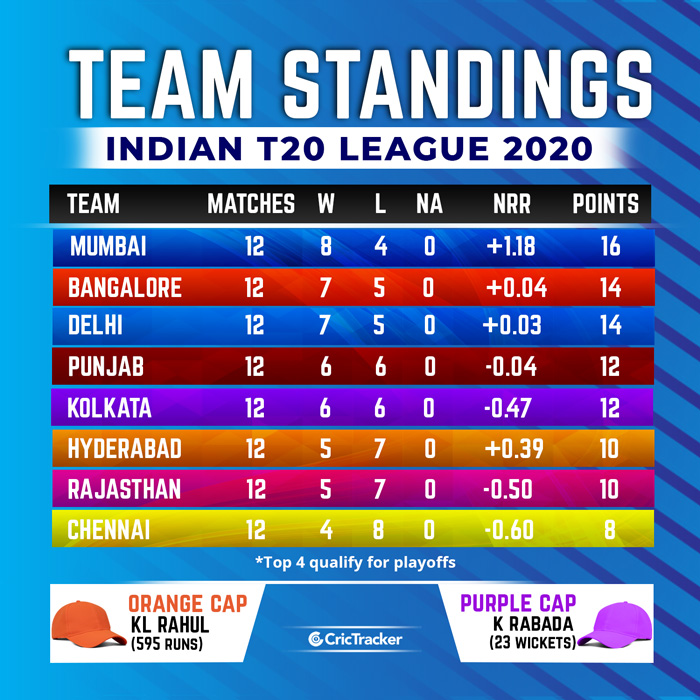