After KKR vs RR match, Delhi Capitals sit at the top in the points table of IPL 2020. 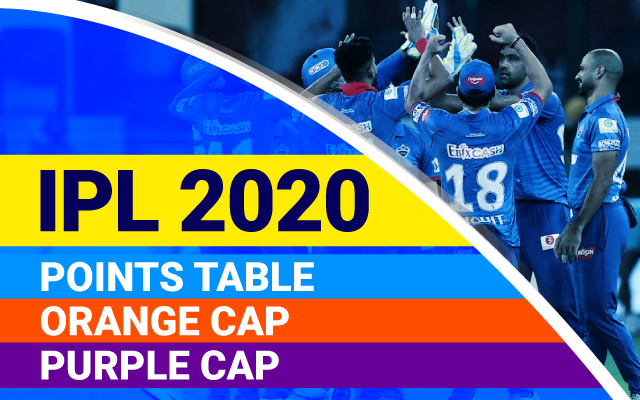 The 12th match of the Indian Premier League (IPL) turned out to be another power-packed contest where Rajasthan Royals and Kolkata Knight Riders turned up to lock horns. In order to step up in the points table, KKR displayed a great batting show and posted 174 for the opponents to chase. With terrific bowling efforts from the team, KKR bagged a victory by a decent margin of 37 runs.

Young sensation, Shubman Gill again led the batting section of his team and played a brilliant knock of 47 off 34. Andre Russell was looking too dangerous at one stage, but his show ended soon as he scored 24 off 14. Eoin Morgan’s explosion of 34 off 23 at the end helped his team get past the 170 mark. Jofra Archer remained deadly in his spell as he conceded only 18 runs in his spell and knocked out Gill and Dinesh Karthik.

Chasing the heavy target, RR batters came and left the pitch in no time. Tom Curran’s fifty came too late to lend any support to his team. Young Shivam Mavi stole all the limelight as he clinched the impressive figures of 2/20. He was complemented well enough by his teammate Kamlesh Nagarkoti who stepped on the field after two long years. Mavi’s brilliance got him the player of the match award.

After KKR vs RR match, Delhi Capitals sit at the top in the points table with a better net run rate. KKR jumped to the second spot, followed by Rajasthan Royals at 3rd and Royal Challengers Bangalore at the 4th position.

Punjab skipper KL Rahul continues to keep the possession of Orange cap with 222 runs in the league so far. The next spot in the list is sealed by another Punjab batsman Mayank Agarwal. Faf du Plessis and Sanju Samson remain on the 3rd and 4th position respectively.

The purple cap remains with Kagiso Rabada, who has seven wickets to his credit. Next in line is Mohammed Shami, who also has seven wickets. Trent Boult, Sam Curran, Yuzvendra Chahal, and Sheldon Cottrell have five wickets each to their credit. Boult has a better economy out of all those who have five scalps to their name. 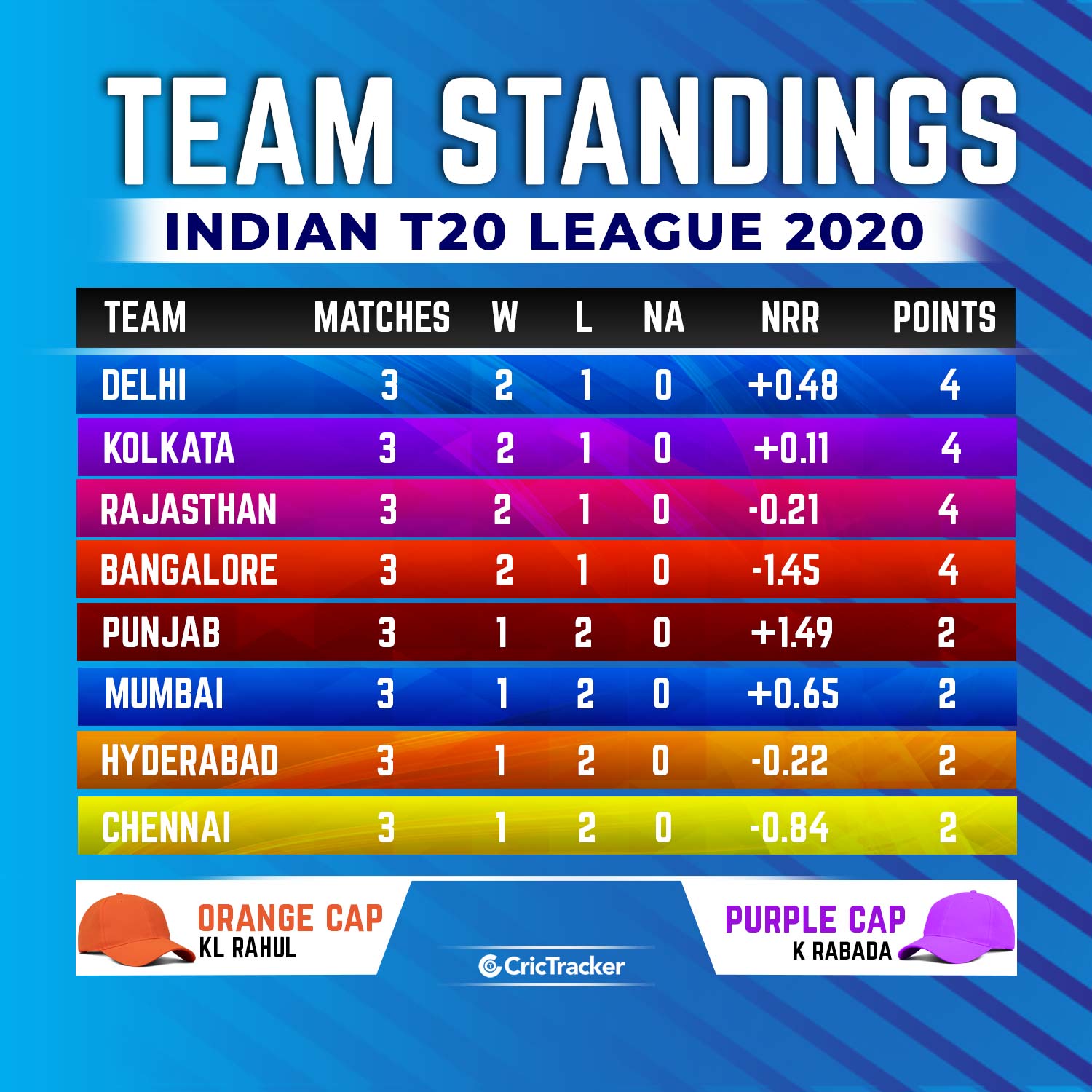