India Maharajas must win this match to stay alive in this tournament.

World Giants will be up against India Maharajas in the 5th match of the Legends Cricket League 2022 on Wednesday. After heartbreak in the opening game against Asia Lions, World Giants claimed an improbable victory over India Maharajas in their second fixture by 3 wickets, thanks to a special inning from Imran Tahir, who finished things with his unbeaten half-century. He will miss the remainder of the tournament as he is set to take part in PSL.

Things aren’t going in favour of the India Maharajas. They lost two back-to-back matches on the trot and their final contention is still hangs in the balance. The Maharajas must win this match by a bigger margin to stay alive in this tournament. They experimented a lot with their team combination which back-fired them.

It’s a tailor-made surface for the batters with very little help for the bowlers. Batting will become much easier in the latter half of the match and hence bowling first is a good option.

Kevin Pietersen is an absolute legend of the game. He still has the same energy and intent on the field. He has scored 67 runs in the last 2 matches with the highest score of 53.

Kevin O’Brien is regularly playing cricket which has helped him to tackle the non-regular bowlers in this tournament. In 2 matches, he has scored 104 runs at an average of 52 with a strike rate of 200.

Yusuf Pathan is an asset for India Maharajas. The 39-year-old veteran batter has scored 107 runs in 3 matches in this league with an impressive strike rate of 178.33.

Naman Ojha has prepared himself extremely well for this tournament. He is a free stroke maker and can play shots on the rise. Including a century, he has accumulated 164 runs in the last 3 matches.

WOG vs INM Must Picks for Dream11 Fantasy Cricket: 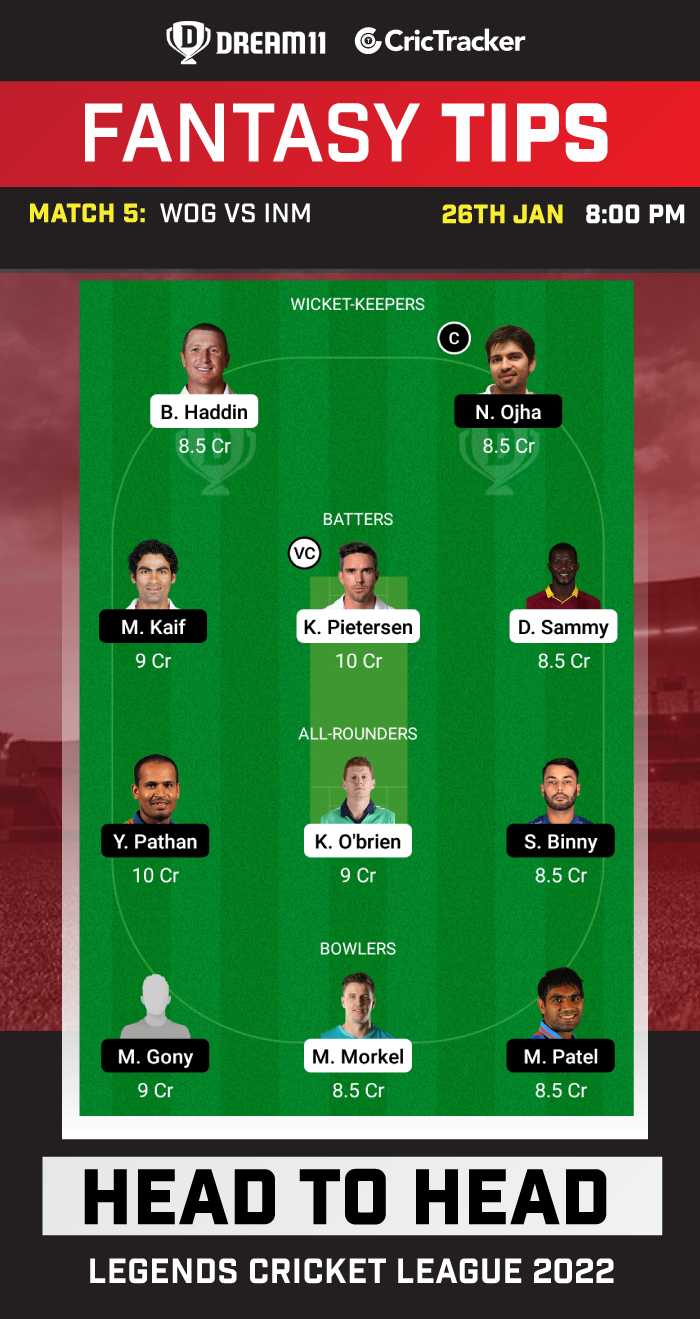 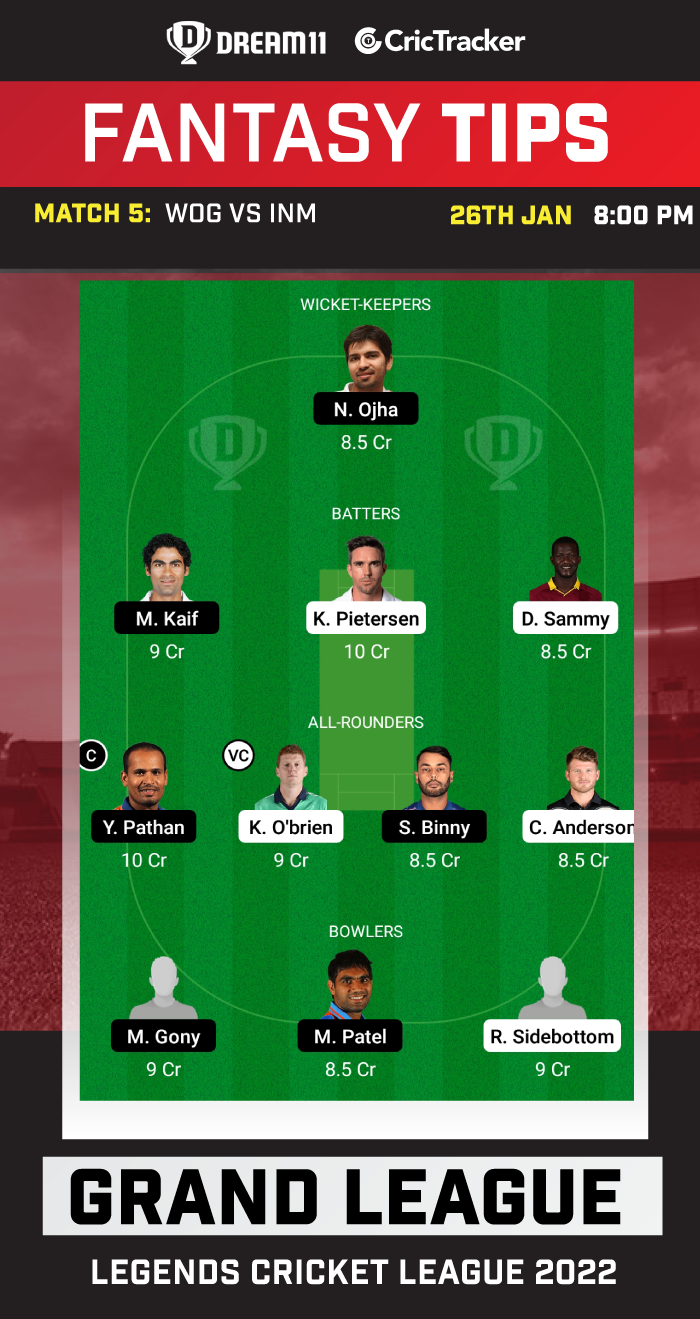 Corey Anderson has managed to score 18 runs in the last 2 matches. You can take a risk and pick him as your fantasy team skipper.

Manpreet Gony can make a difference with both bat and ball. He has scalped 4 wickets in 3 matches in this tournament and also scored 35* runs in an inning. He is a risky captaincy pick for your fantasy teams.

Matthew Hoggard is not an ideal bowler in this format and he conceded plenty of runs in the last game against India Maharajas. It’s better to avoid him while making your fantasy teams.