Alex Hales is a good captaincy pick for this match.

Leicestershire will meet Nottinghamshire in the upcoming North Group match in the Vitality T20 Blast tournament. This clash takes place at the Grace Road in Leicester on Friday (July 16).

This encounter has a start time of 11:00 PM IST, and fans can switch to FanCode to catch live action.

The T20 Blast 2021 is back after a week-long break, and Nottinghamshire will resume their campaign against Leicestershire. The Steven Mullaney-led side has indeed been on a roll this season and would like to continue their sensational run. Nottinghamshire are currently leading the North Group team standings, having won eight of their 12 games.

On the contrary, Leicestershire’s campaign hasn’t been as delightful. They failed to perform as a unit and subsequently lost one game after another. As a result, they are currently reeling at the rock bottom of the table with just four victories in 12 outings.

Probable Playing XIs for LEI vs NOT:

Captaincy Picks for LEI vs NOT:

Arguably the most destructive opener going around in T20 cricket, Alex Hales has done much wrong this season, and Leicestershire bowlers must beware of him. He has been scoring runs consistently, and that too at a staggering rate. He has so far slammed 413 runs in 12 games, with his strike rate being close to 180.

Inglis will be the man to watch out for from the Leicestershire camp. Like Hales, the wicketkeeper-batsman has also played several brilliant knocks at the top this season. Hence, many eyes would be on him.  Coming to his numbers, Inglis has collected 371 runs in 12 matches. 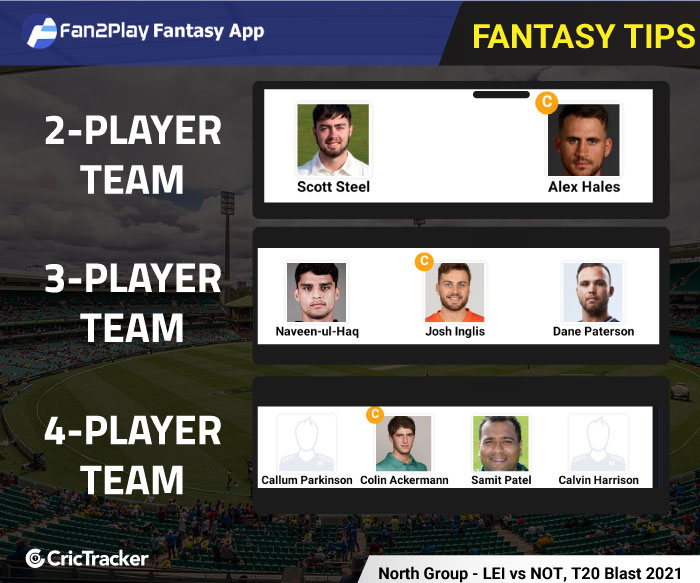 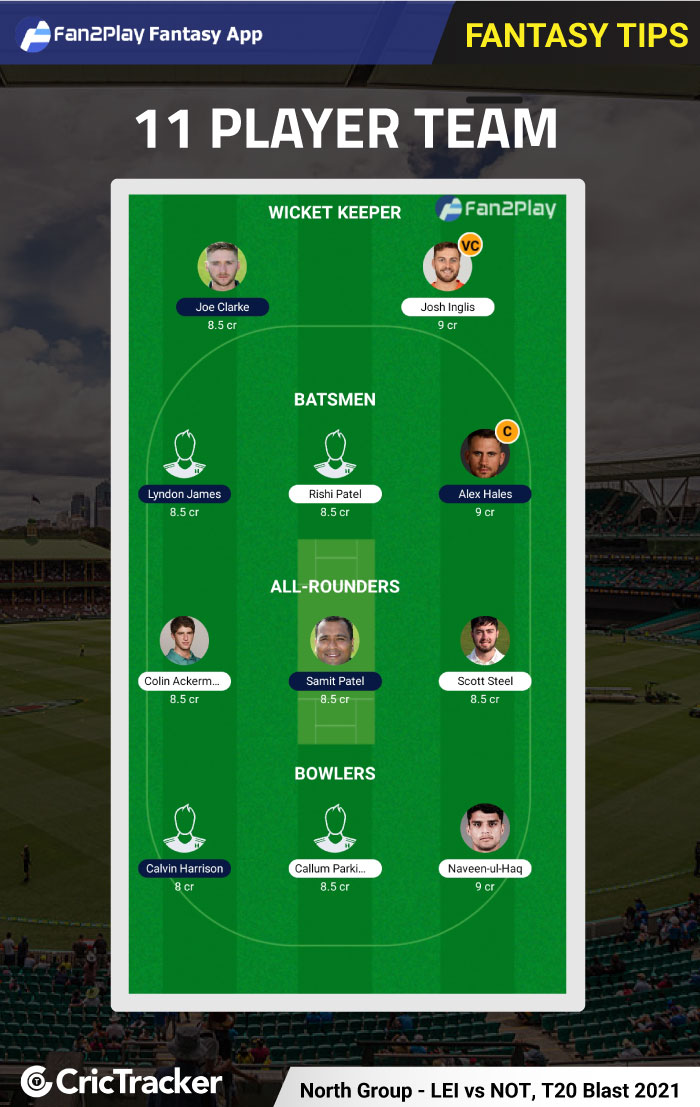