Josh Inglis is an excellent captaincy option for this encounter.

Leicestershire will take on Worcestershire in the upcoming North Group fixture in the Vitality T20 Blast tournament. This encounter will be played at Grace Road in Leicester.

Both teams have blown hot and cold this season, and would like to put up a substantial show in the upcoming game. With six wins in 13 games, Worcestershire are currently holding fourth place in the team standings. They’ll head into this clash on the back of a 17-run defeat against Warwickshire.

On the other hand, Leicestershire’s campaign has been even worse. With five wins in 13 outings, the Colin Ackermann-led side are reeling at seventh place in the table. Notably, Worcestershire walked away with a seven-run victory when these two sides met earlier in the competition.

Captaincy Picks for LEI vs WOR:

The Leicestershire dasher has been at the top of his game this season and his numbers speak volumes of his brilliance. Inglis can attack the bowlers from the word go and playing big knocks isn’t beyond his reach. So far, he has mustered 413 runs in 13 games with his strike rate being over 170. Not to forget, he has also been precise with his glovework.

Ben Dwarshuis is another player who can make a mark in the upcoming contest. Spearheading the Worcestershire bowling attack, the left-arm pacer has done an impressive job. He picks up wickets regularly and doesn’t tend to leak a lot of runs. Coming to his numbers, the fast bowler has scalped 15 wickets in 12 games. 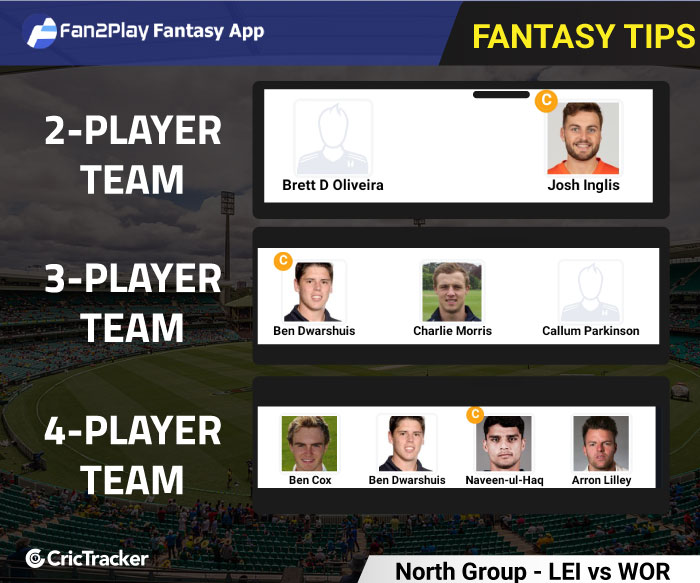 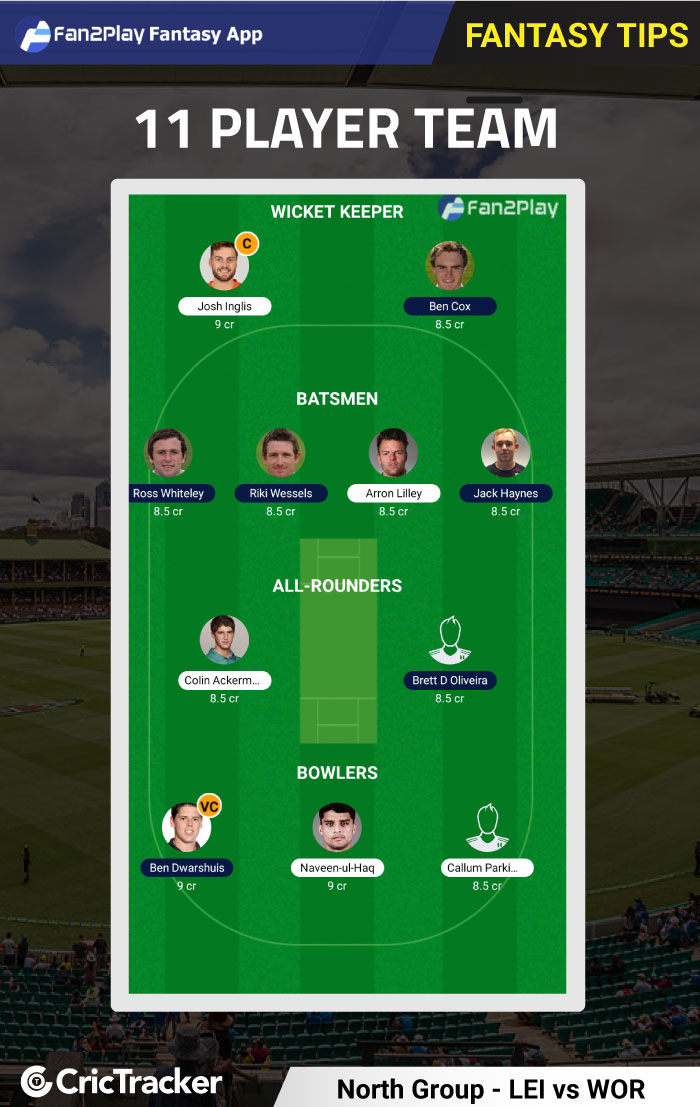