Lot of South Africa national players are in action in CSA T20 Challenge and we provide the best combinations for Fan2Play 1 vs 1 Challenge contests.

The 10th match of Cricket South Africa (CSA) T20 challenge 2021 will be played between Lions and Knights at the Hollywoodbets Kingsmead in Durban.

In the 10th match of the tournament, there will be a clash between the Knights and Lions. The match is a crucial one for both teams, as the qualification will depend a lot on the result of this match. At the time of writing this, both teams have achieved one victory in this tournament. But, the difference is that the Lions have played only one )they will be playing their second match on February 22) while the Knights have played three.

Knights achieved their first win when they beat Cape Cobras in a really close contest in Durban a day before. The momentum will be somewhat on the Knights’ side. The pressure of getting disqualified might also charge the team up a little. Lions, on the other hand, is one of the teams which is favourite to win this tournament and a lot will depend on what happens in their second game.

The right-handed batsman is one of the best white-ball players who has played for the Lions in the past few years. In the only match which his side played in this tournament, he showed his class by scoring a match-winning knock of 64 runs from 41 balls, including three fours and four sixes. His strike rate during the innings was 156. Lions would want him to turn on the heat once again when they take on Knights. In addition to that, van der Dussen has been in  good touch with the bat in the last few months.

Even though Knights haven’t shown much of their batting brilliance, it has PJ Van Biljon who has taken care of their batting. In the three matches which he has played, he has managed to score 134 runs at an average of 67.00. His strike rate has been 119 with the highest score of 72 not out. His contribution with the bat will be critical if his side wants to stay alive in the competition by beating the Lions. 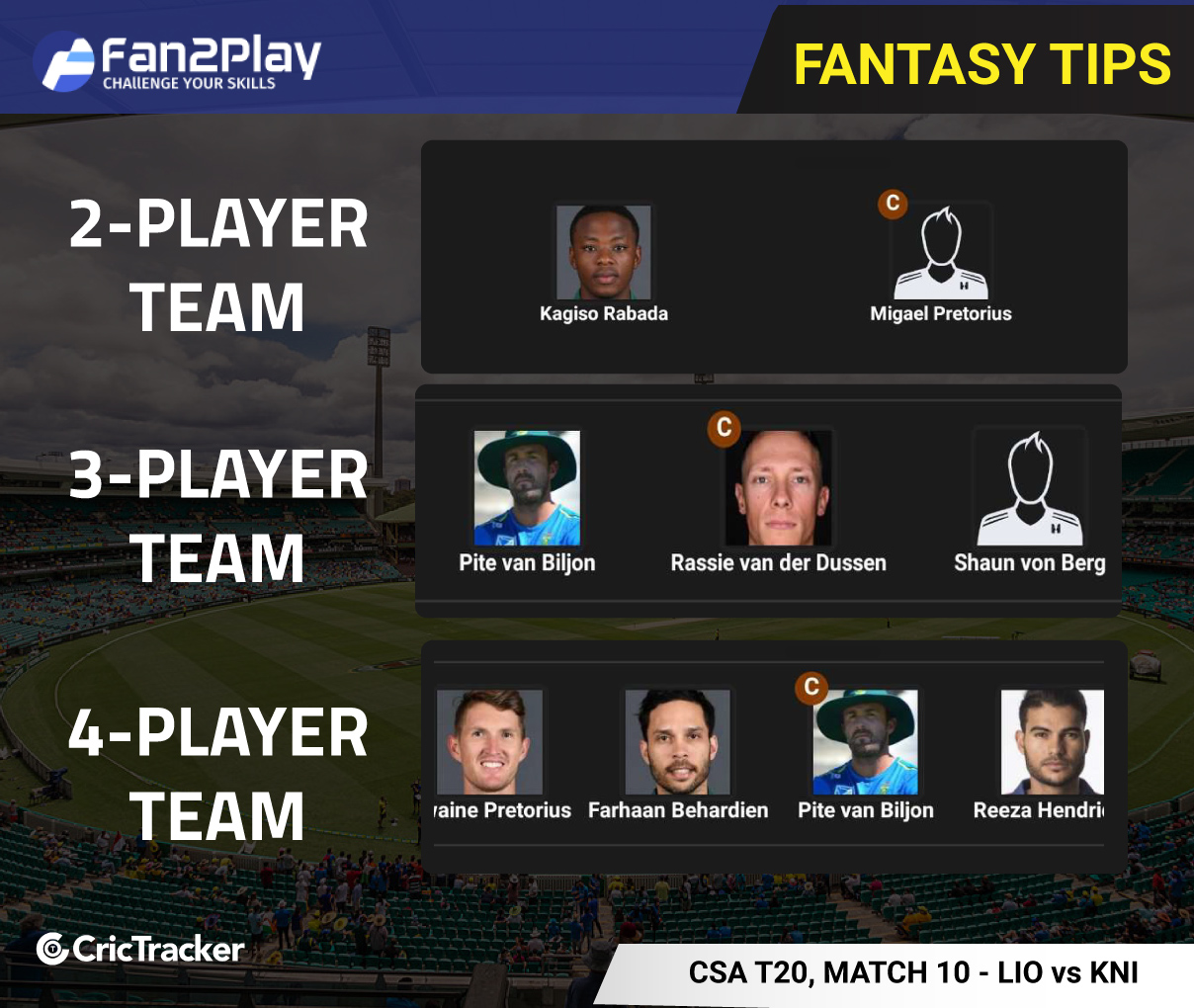