B Sai Sudharsan is a good captaincy choice for this encounter.

Lyca Kovai Kings will take on the Dindigul Dragons in the 9th Match of the Tamil Nadu Premier League (TNPL). This match will be played on 25th July 2021 and will commence at 07:30 PM.

The venue for this clash will be the MA Chidambaram Stadium in Chennai.

The Lyca Kovai Kings are currently positioned comfortably at the top of the points table. The side has won one out of the 2 matches that it has played in the tournament. They comfortably beat the Ruby Trichy Warriors with 8 wickets to spare in their previous match.

Dindigul Dragons have lost the only match that they have played so far, and are placed at 7th place in the table. In their previous clash against the Siechem Madurai Panthers, they were decimated by 6 wickets.

Probable Playing XIs for LKK vs DID

Captaincy Picks for LKK vs DID

Rangaraj Suthesh produced a good performance with the ball in Dindigul Dragons’ match against the Siechem Madurai Panthers. He bowled 3 overs, gave away just 12 runs, and also picked up 2 wickets as well.

B Sai Sudharsan scored an unbeaten 57 at a strike rate in excess of 130 and helped the Lyca Kovai Kings beat the Trichy side with ease. If Sudarshan can once again repeat his heroics against the Dindigul side, then the Kovai Kings will surely gain the upper hand over the opposition. 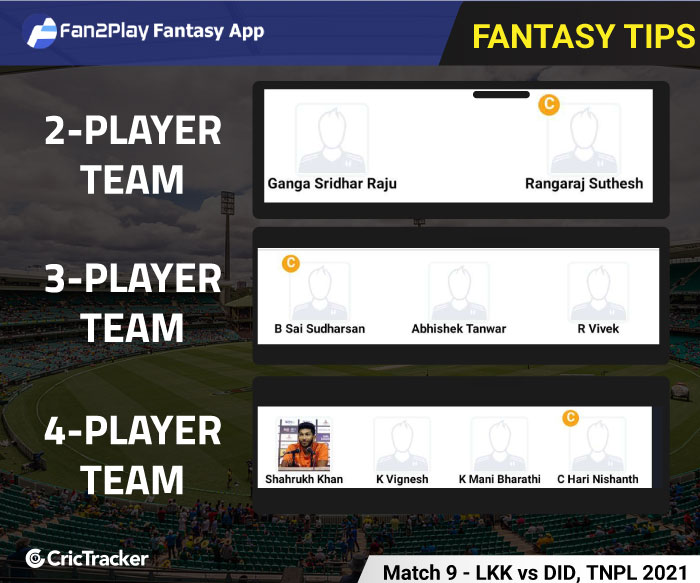 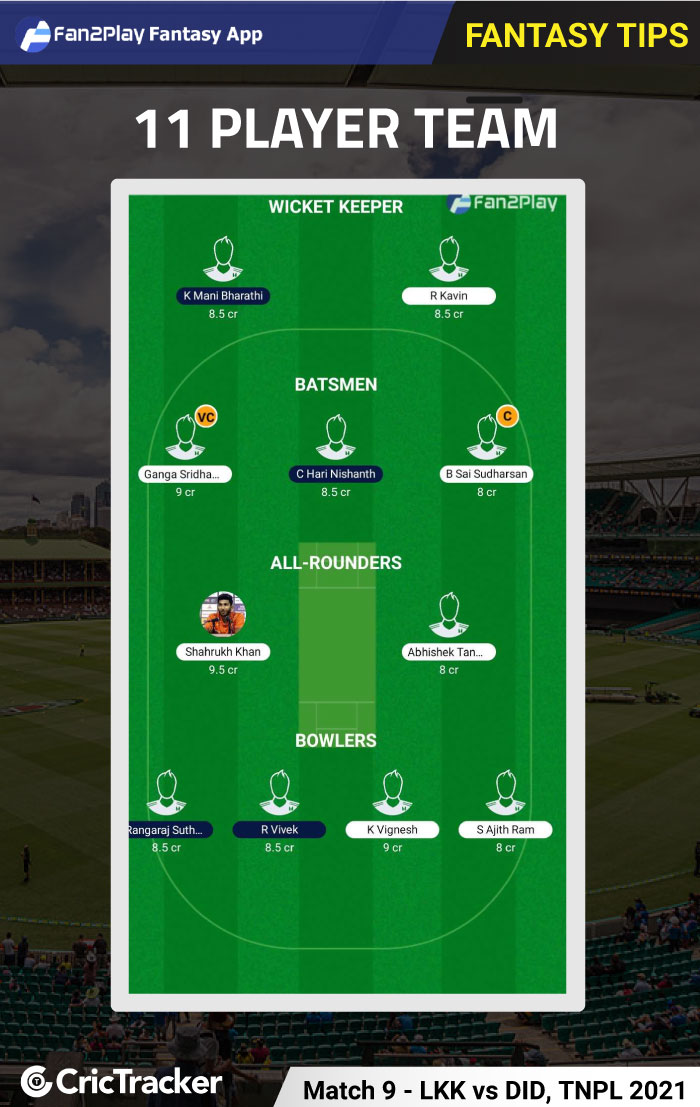