Shahrukh Khan is a good captaincy pick for this contest.

The Lyca Kovai Kings and the IDream Tiruppur Tamizhans will clash in the 16th Match of the Tamil Nadu Premier League (TNPL). This match will be played at the MA Chidambaram Stadium in Chennai.

Lyca Kovai Kings have made a fairly good start to the season and would like to add two more points to their tally. With two wins in four games, the Shahrukh Khan-led side is currently second in the team standings. Notably, one of their games got washed out due to rain. The Kings will head into this game on the back of a 16-run win over Madurai Panthers.

On the other hand, IDream Tiruppur Tamizhans’ campaign hasn’t been that sensational. They are currently reeling at sixth place in the team standings, having won just one of their four games. Their last encounter resulted in a six-wicket defeat against Ruby Trichy Warriors. Hence, it would be interesting to see whether the Tamizhans can bounce back or not.

Captaincy Picks for LKK vs ITT:

The Lyca Kovai Kings skipper has been in fine form lately and won’t mind playing another staggering knock. Shahrukh Khan has been at the top of his A-game this season which is not a great piece of news for IDream Tiruppur Tamizhans. So far, he has scored 77 runs in three games, and that too at a strike rate of over 200.

All-rounder Aswin Crist will be the man to watch out for from the IDream Tiruppur Tamizhans. The all-rounder has been brilliant in all three departments. While the right-arm pacer has bowled economically in this competition, he has also scored some handy runs lower down the order. Coming to his numbers, Crist has scored 34 runs alongside scalping three wickets. 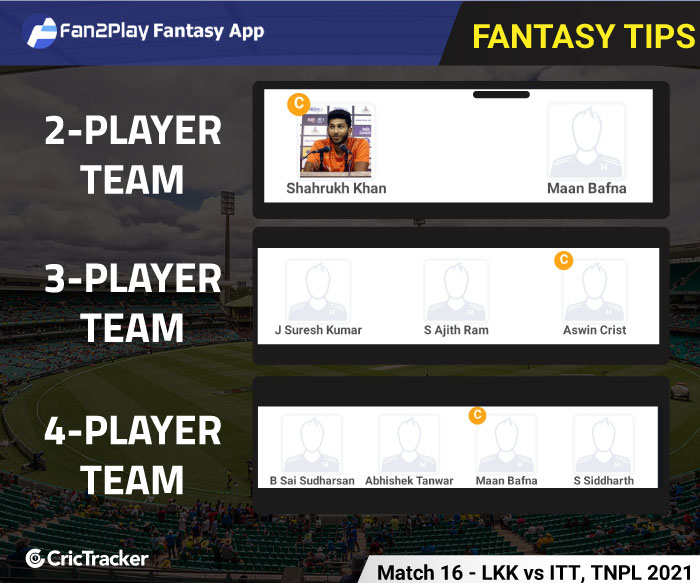 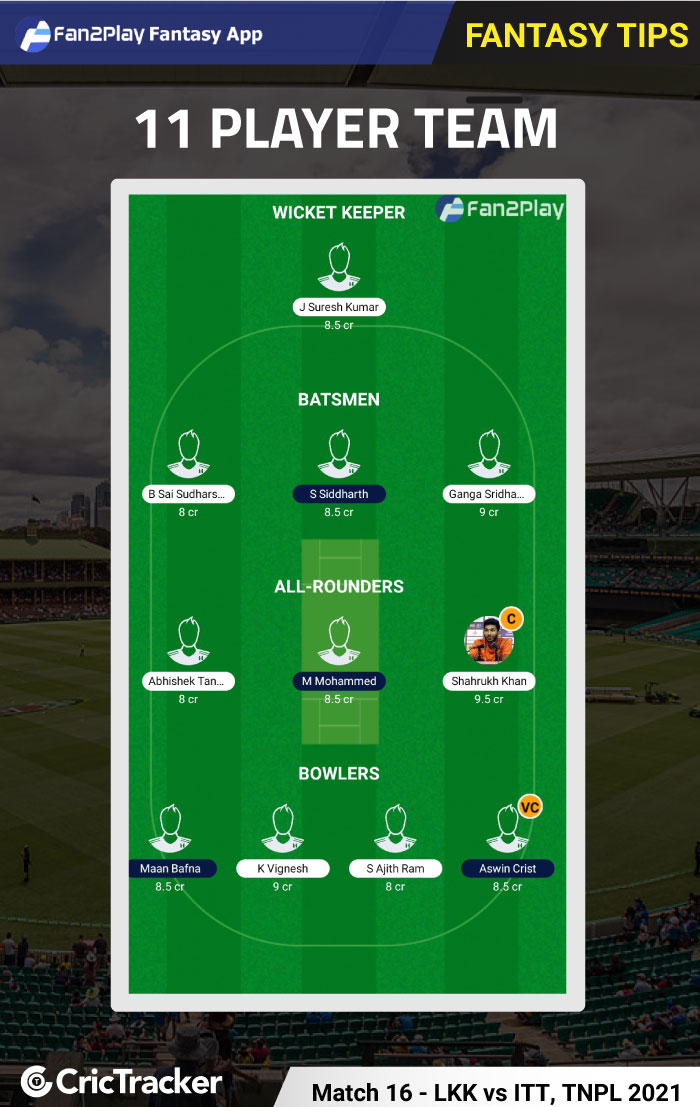