Shah Rukh Khan is a good captaincy pick for this encounter.

The Lyca Kovai Kings and the Salem Spartans will play against each other in the opening match of the Tamil Nadu Premier League (TNPL). This match is scheduled to take place at the MA Chidambaram Stadium in Chennai.

The Tuti Patriots have adopted the new name of Salem Spartans for the 2021 TNPL season. The side could only muster 2 wins in their 7 matches last season and finished at 6th place. Both these teams will look to start their campaign on a winning note.

Captaincy Picks for LKK vs SS

Shah Rukh Khan is the biggest asset of the Lyca Kovai Kings. He even made heads turn towards his direction when the Punjab Kings shelled out INR 5.25 Crores for him in the IPL auctions this year. He scored 194 runs in the 2019 edition of the TNPL and scored his runs at an excellent strike rate of 138.57.

Murugan Ashwin is a spinner who has several tricks up his sleeve. He is a bowler who does not leak runs, and can also scalp crucial wickets as well. 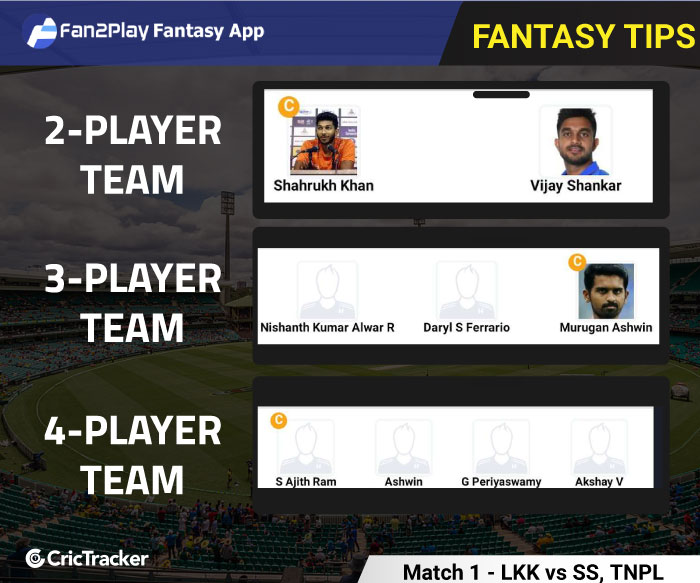 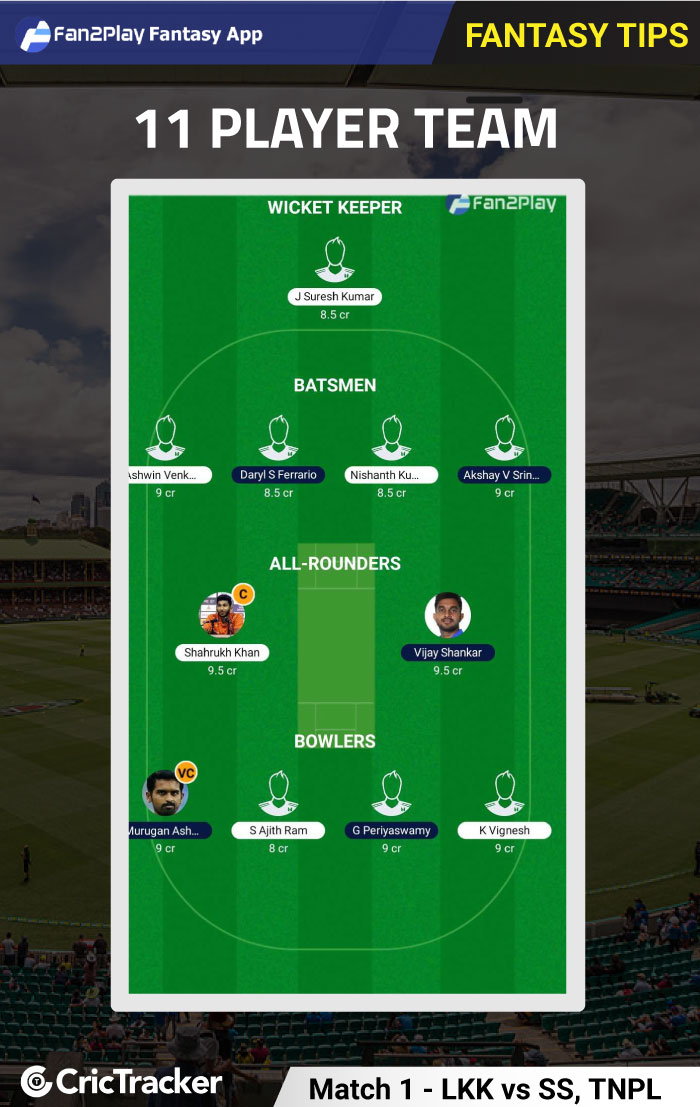