Fakhar Zaman made a century when both the teams played for the first time this season.

Lahore Qalandars and Karachi Kings would feature in the 26th match of the Pakistan Cricket League on Friday. Lahore Qalandars have won five out of the seven games and are placed in the second position in the points table. They have won their last two games and would be looking for a similar result in this game.

Karachi Kings have now lost eight games in a row and find themselves in the last position in the points table. Lahore won the first match against Karachi by six wickets after chasing down the target of 171 runs in 19.2 overs. Fakhar Zaman made 106 runs off 60 deliveries and won the player of the match award.

The pitch is expected to produce a high-scoring game as batters are likely to find enough help from the pitch. The team winning the toss is likely to look for batting.

Sharjeel Khan has made 213 runs in eight matches at an average of 26.62 and a strike rate of 128.31. He has made 30+ scores in the last two matches against Multan Sultans and Islamabad United. 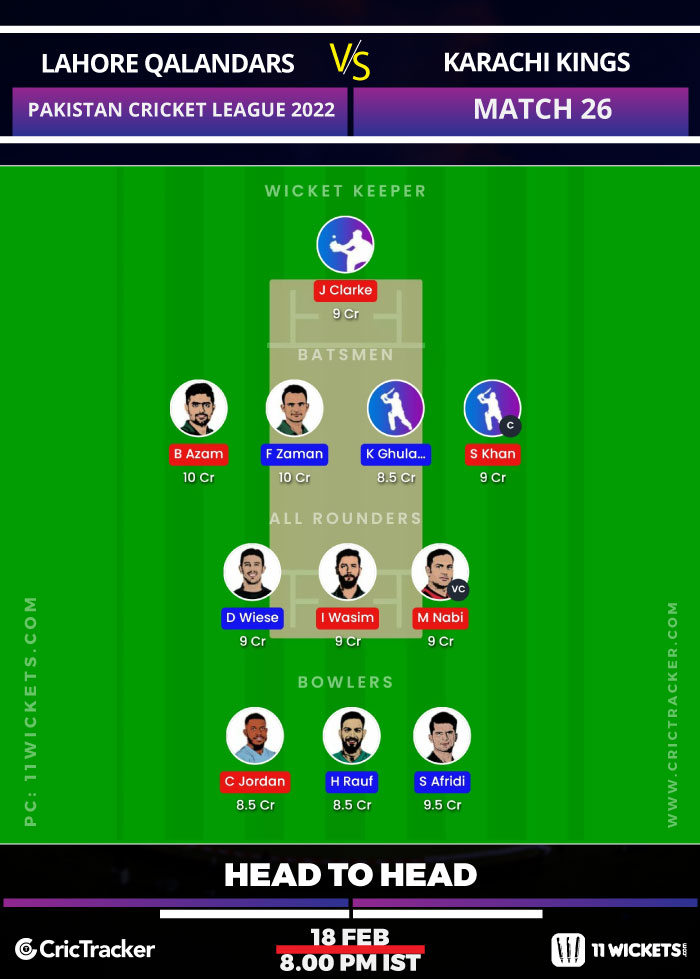 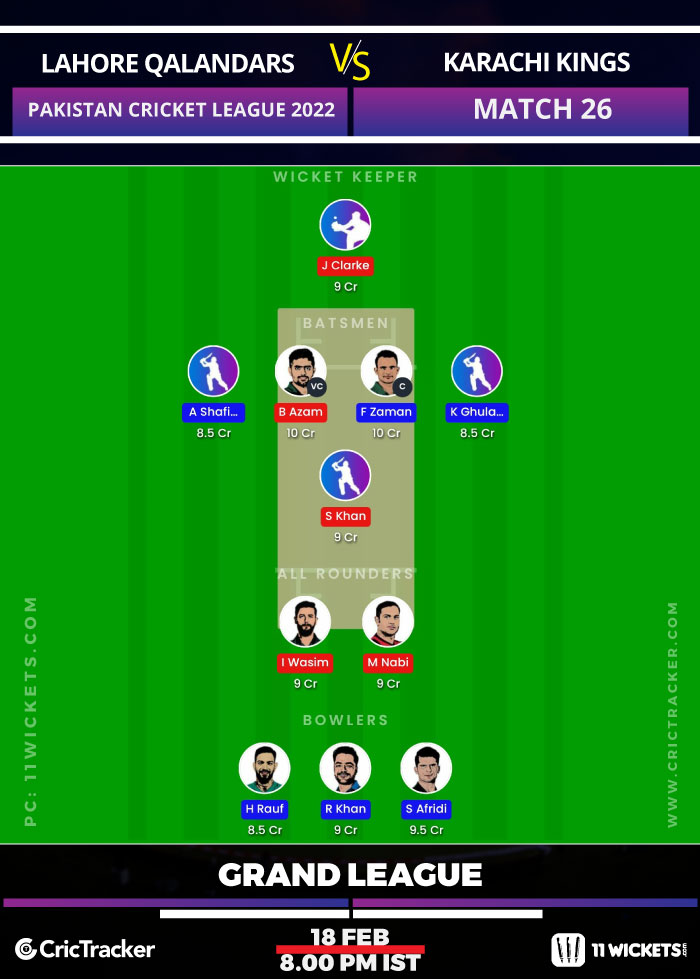